Author’s edit, 10/04/19: In case someone comes across this review, bulk packages of this type of dart have been in stock for quite some time, with 200 packs for $10 (and, when in stock online, 500 for $20) at Walmart under the Adventure Force line. Quite better than when the darts initially released!

Apologies for the lack of postings as of late! Any time not spent working has been spent driving to and doing HvZ Invitationals, or otherwise prepping for them. Which means I’m behind on reviews and video editing and game reports.

However, I will post an update on the Sure Shot darts – they did arrive, and they’re very promising! 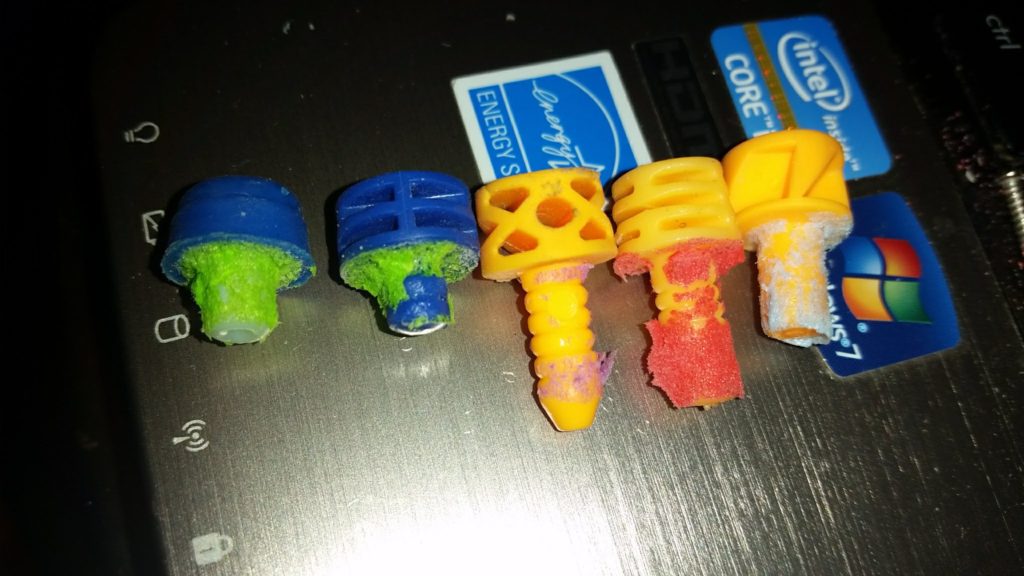 The Sure Shot darts are similar in size and shape to the current Super Darts, with a relatively small head. They also have a very small stem on the dart head, compared to other dart types (Accustrike, Waffles, etc). Even so, the darts are solidly glued together, without excess glue on the sides.

Stock Super Darts weigh roughly 0.97g each, according to the last time I weighed out darts. In comparison, the Sure Shots weigh 1.03g. 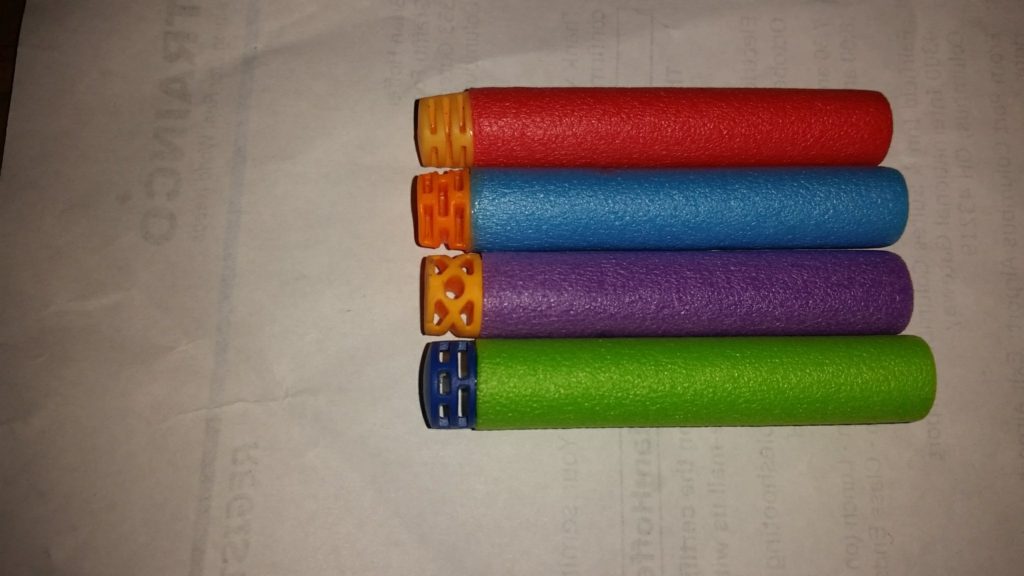 The dart head is similar to “brick” type tips and Knex darts, but it is a physically different design, with lots of squish to the head. These darts also tend to bounce very well off of surfaces.

The packs retail (currently) for $15 per 100, provided you can find them. I got lucky with an early Amazon listing.

The Sure Shot darts are much better than regular Super Darts. They make the same range claims (up to 90ft), and with two Dart Zone blasters on hand (the Quatroblast and Dartstorm), the distances traveled were more or less identical (and in line with box claims). The big difference, however, was in consistency. Super darts have ZERO consistency, somewhat like Nerf Elites. Sure Shot darts were tightly grouped.

The darts also worked in various branded blasters without issue, from Retaliators to Thermal Hunters to Stampedes. u/abquintic also got some of these darts and did far more extensive testing. 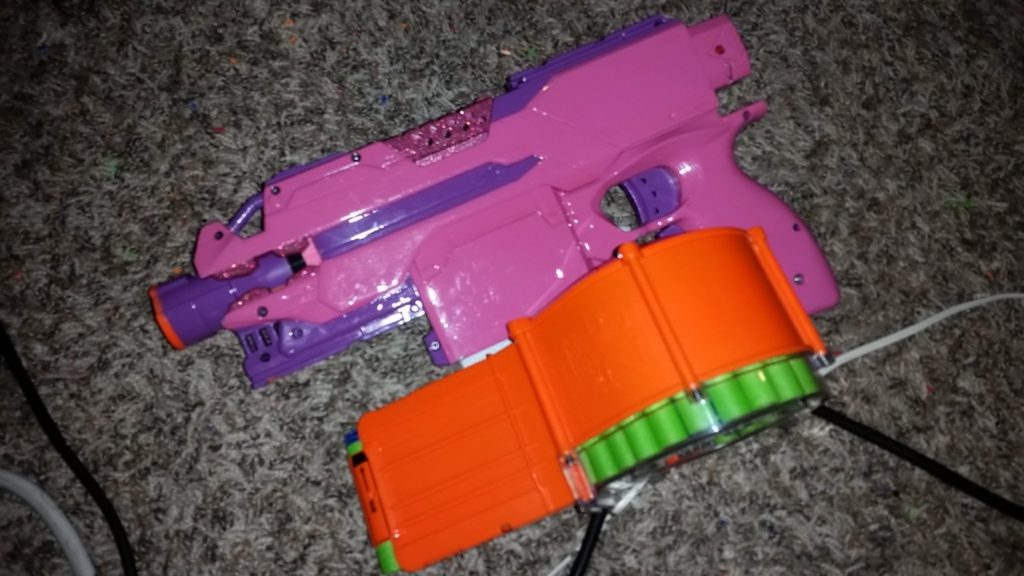 Finally, I tested out how well the darts held up in a basic superstock blaster, hitting 140fps. Using my Stryfe and a partly drained battery, I aimed at a target 50′ away – a sheet of printer paper taped to the tailgate of my truck. Keeping the blaster as steady as possible, I hit the target 48/50 times, with the two misses only being off by inches. The Stryfe was using Cyclones in a 43mm cage, for reference.

I will be testing these darts further in a serious setting this Saturday at the Penn State HvZ Invitational, but I expect similarly stellar results.

These darts are the real deal in terms of improved performance over the original. And at $15 for 100, they beat Accustrike darts in price (75 darts for $20 is the best I can recall seeing, outside of sales). Of course, online bulk is still the best option for large amounts of darts (Accufakes, Waffles, etc). But for store-based sales and immediate needs, these darts are an excellent value.