On the one hand, something not foam or rubber was unexpected from Nerf. On the other…gel blasters are spreading EVERYWHERE (seriously, just sort the “Foam Blasters” section of Amazon by “new” and see how many there are).

In any case, we now have the Nerf Pro Mythic, launching in November, and available for preorder from the typical web shopping portals. Let’s take a look!

PAWTUCKET, RI – July 19, 2022 – Hasbro, Inc., a global play and entertainment company, today unveiled an all-new NERF product innovation ahead of San Diego Comic-Con International with the NERF PRO GELFIRE MYTHIC FULL AUTO BLASTER, which is available to pre-order starting July 19 at 10:00 a.m. PT / 1:00 p.m. ET at Hasbro Pulse, Walmart, Target and Amazon. The blaster fires hydrated super absorbent polymer rounds, using patented technology exclusive to NERF. With a suggested retail price of $79.99 and for ages 14 years & up, the product is expected to be on shelves by November 1, 2022.

Included with 10,000 dehydrated NERF PRO GELFIRE soft super absorbent polymer projectiles, the NERF PRO GELFIRE MYTHIC blaster features a feed hopper that holds 800-hydrated rounds. Add water to hydrate the rounds and release them at a high velocity, allowing the rounds to burst on impact when they hit a target, no pickup needed. 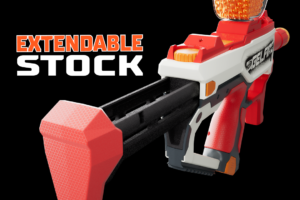 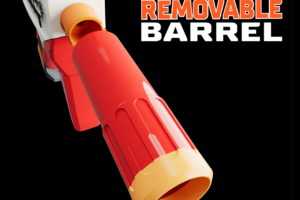 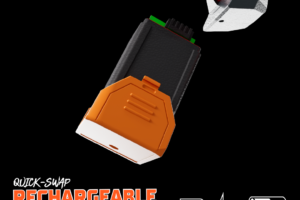 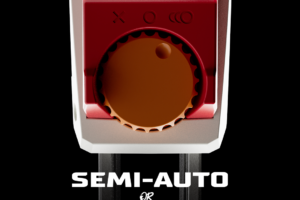 “As an exclusive to NERF, the patented innovations in the NERF PRO GELFIRE MYTHIC blaster pave the way for a new NERF blaster category, further cementing NERF as a leading social, active play lifestyle brand,” said Adam Kleinman, SVP & GM, NERF, Hasbro. “We have such a wide variety of NERF products available for fans of all ages, and the NERF Pro GelFire Mythic blaster is the perfect addition for fans desiring high-energy, action-packed NERF experiences. Outdoor play and competitive sports fans are going to love the new NERF Pro GelFire Mythic Blaster.” 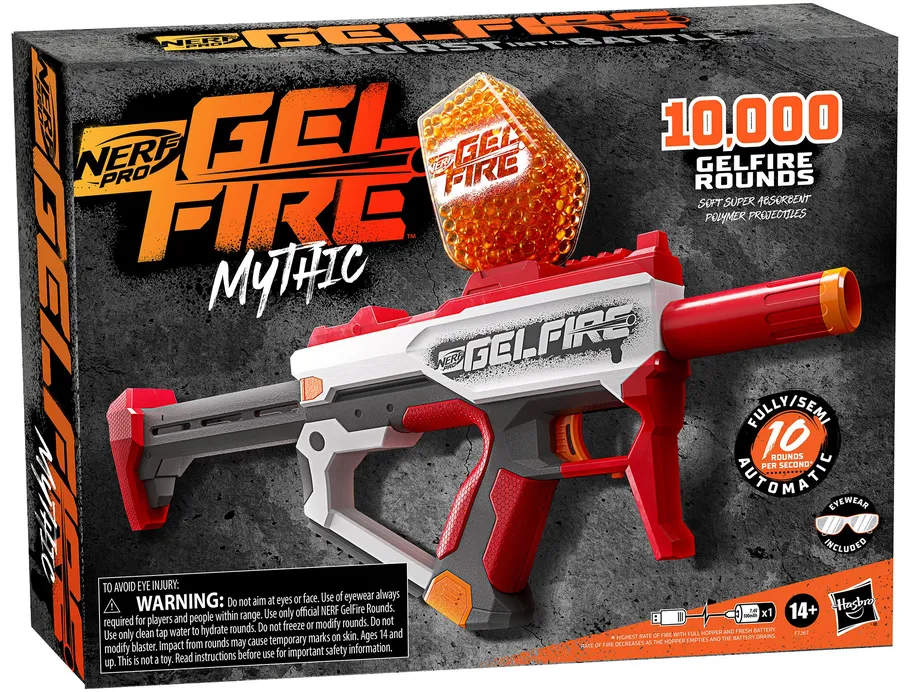 Interestingly, the gel ball velocity is not mentioned in the information provided so far. I’m unsure of the reasoning for that, seeing as being able to hit 180-200fps has been a major point on box art for other brands.

Speaking of other brands: even if we ignore the large numbers of gel blasters flooding the market, there are already a ton that you can find on store shelves. Gel Blaster Surge, Splatrball,  and Hydro Strike (the Walmart/Prime Time Toys collaboration) are just a few of them, and the former brands have been going for several years. With a massive company behind the Mythic, I’m sure Hasbro will be able to take up shelf and/or warehouse space. But it makes me wonder how much of the market is left for them to take over. After all, while backyard use is interesting enough, the US doesn’t really HAVE a gel ball scene as it does with foam blasters, airsoft, or paintball. Or if it does, it’s significantly smaller or harder to find.

It also comes at an interesting crossroads for gel ball in particular. China used to have lots of them until recent crackdowns. The sport still exists in Australia, but the blasters are banned in many states (or regulated as firearms). Here in the US, we’ve had many news stories about the “Orbeez Challenge” off Tiktok with people doing drive-by shootings with gel blasters, passersby getting hurt, and various locales banning them in response. Even assuming that things work out and gel blasters are here to stay, did Hasbro get in on the trend fast enough? Time will tell.

In any case, preorders are up, and they range from $80 to $90. Nerf: after all, it’s apparently a lifestyle, not just a brand of dart blasters!