Why go the traditional route when choosing your blaster? With all the possibilities out there, for some just going to the store and buying the top selling item is not enough, which is why there are tons of modders! And we thank you all for the great work you have done! However, for some, even just mods aren’t enough, they have to re-invent the wheel… or uh… blaster. In this case, “ZaziNombies”, who is an expert with LEGO creations, has a hobby of recreating items from popular video games, like the Fallout Fat Man, the Destiny Telesto, and many more. Most of these items use a few thousand pieces, their sizes are to-scale (which can be pretty large), are decently weighted for just little plastic pieces, and are incredibly creative. LEGO really can be used to create anything. Okay, stop all the praise already, let’s just see the work already!

With realistic fire-spewing action, we build the Purifier flamethrower from Black Ops 3! The specialist weapon of the “Firebreak”, one of Call of Duty’s hottest weapons yet, and here is the gun’s blocky, real life replica!

We start on round one with a Bloodhound revolver built entirely from LEGO bricks! Featured as the starting pistol in Black Ops 3’s Shadows of Evil zombies map, becoming a grenade launcher when pack-a-punched, here is the gun’s real life replica!

Complete with the blue and gold “Man-o’-War” skin, we build a Negev light machine gun, entirely from 2400+ LEGO bricks! Featured as the fastest firing gun in Counter-Strike: Global Offensive, weighing in at over 10 pounds, here is the gun’s blocky real life replica!

Alright already, enough videos alright, just head over there and checkout everything ZaziNombies has done! 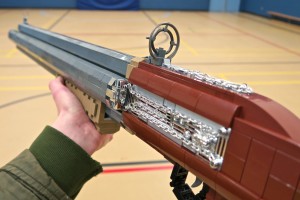 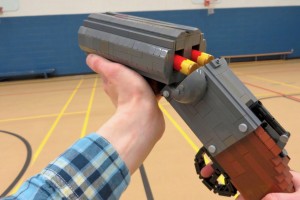 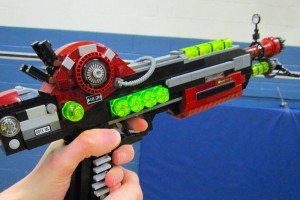 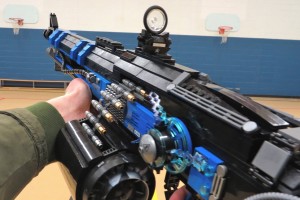 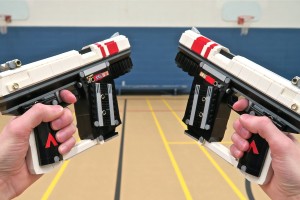