The simple, pump-action design means an enduring and sturdy model that can stand the test of hot summer days and the elements. Without some of the more ‘complex’ features and gadgetry that are common to other water weaponry, the Double Drench’s simplicity actually spells its strength, and its utility. With minimal quirks and a streamlined design, the Double Drench excels in reliability and practicality. 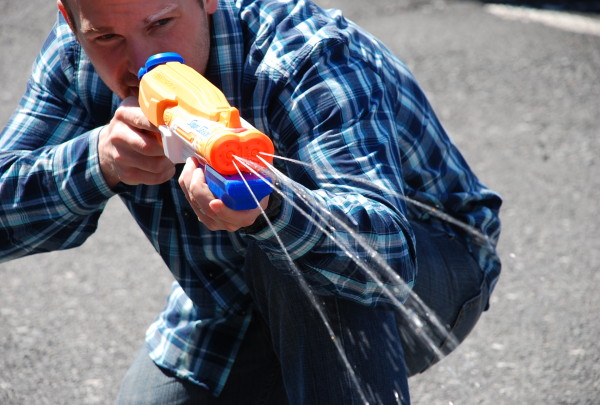 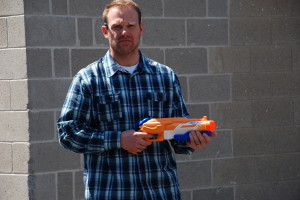 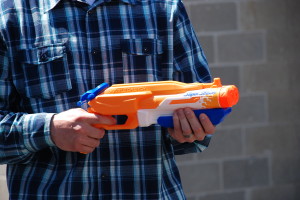 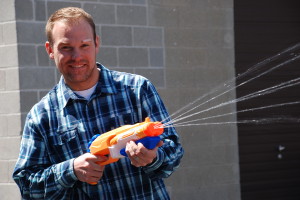 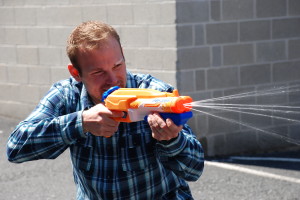 For skirmishes that occur in close quarters, the Double Drench is perfect. As with most “sawed-off” models, the short barrel provides for optimal maneuverability and range of motion, especially if you’re battling in a confined space. Clearing the room (assuming you’re OK with using the Double Drench in your home or office- not suggested) or the pool deck is a cinch, with the knowledge that the double drench is lethal within 10 yards; if you stretch its range past 15 yards, however, you begin to play away from its strengths. In short, the Double Drench thrives in close quarters but is not so successful in zones where a model that more resembles a rifle could be advantaged (like the Super Soaker Barrage Soaker).

Another testament to its high score is its whopping 27+ oz. water chamber. Relative to its size, (17“from barrel to handle and just shy of 5” in its width) this is a major advantage, and true to its name, the Double Drench holds double the water! Let’s face it, in the world of water wars, the frequency of re-fills can be the way that leads to destruction. With the Double Drench, however, you’re free to fire at will without having to frequently reload.

Let’s face it, in the world of water wars, the frequency of re-fills can be the way that leads to destruction. With the Double Drench, however, you’re free to fire at will without having to frequently reload. 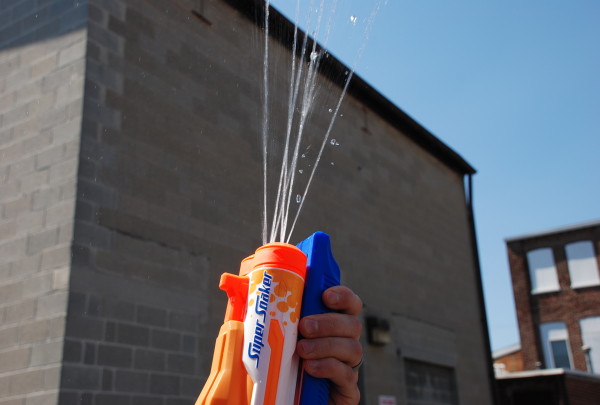 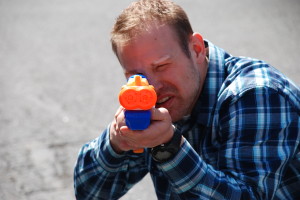 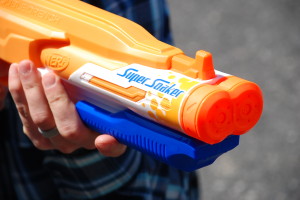 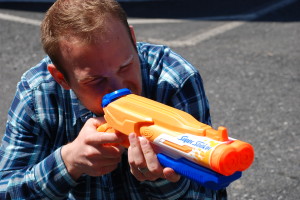 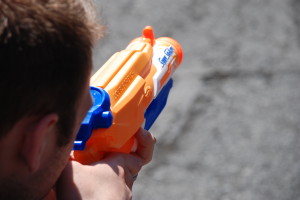 It’s true, the Double Drench does get my official “stamp of approval,” but that doesn’t mean it comes without flaws. As previously mentioned, the Double Drench does not have superior range, and to be fair, it’s not really designed to thrive past about 12-15 yards. In my field tests, I found that it drastically dropped in accuracy after the 15 yard mark; to add insult to injury, its fine exit streams were greatly affected by the variably breezy conditions that I experienced at my location. Because there is not a lot of volume or weight behind the streams, as they are extremely fine, Double Drench users could fall victim to the wind. Herein lies the potential Achilles heel for the Double Drench…

The Double Drench lacks the powerful colors to set it apart in this department. With a predominantly salmon colored hue, I’m left with a sour taste in my mouth. Salmon? If you’re in the business of drenching people at pool parties and picnics, why would you select a salmon colored soaker from your arsenal? I would expect deep greens and blues with this high performing and destructive blaster. Aside from color, the Double Drench is sleek, compact and built to last.

My final qualm with the Super Soaker Double Drench is its water nozzle, located at its rear, just above the handle. In plain words, it’s less than perfect. At times, it can take a few seconds to twist the cap off, and in the heat of battle a few seconds could mean the difference between being dry and being drenched! The awkward make-up of the nozzle seems out of place on an otherwise nearly perfect and easy-to-use design.

With all things considered, the Super Soaker Double Drench is an obvious choice to supplement your summer pool-side arsenal, and at $14.99 it won’t break the bank either. As long as you acknowledge its foreseen limits and embrace its clear advantages, it will take a concerted effort to knock you off of your throne this squirt gun season. 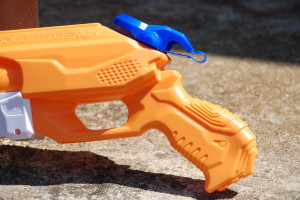 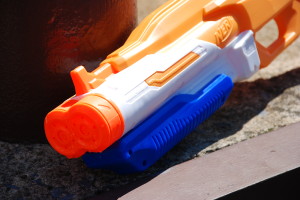 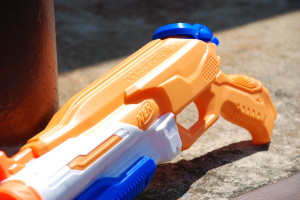 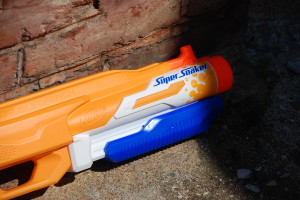 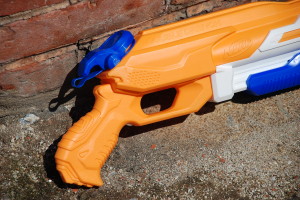 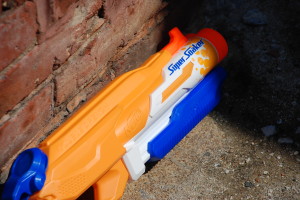 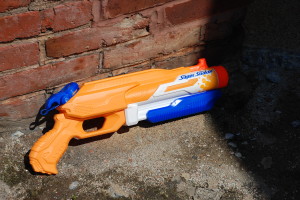