Ever wanted to fire foam cars from a Nerf blaster? It’s probably something that’s never crossed your mind, but the creative minds at Nerf have managed to do just that!

These Nitro blasters are designed to be fired on a flat surface where you can launch cars up ramps or have them crashing into obstacles. No tracks will be needed for the foam cars, just load the car into the blaster, prime it and fire the car in any direction you like. Since the cars are made out of foam, you won’t  need to worry about marks or scratches on walls. The metal Hot Wheel cars are always prone to create some sort of damage inside the house.

GIF From Raymond Wong at Mashable

Here is the product lineup with images and pricing.

Along with a motorised blaster, this set comes with a long-jump ramp, a high-jump ramp, various obstacles and nine different Nitro foam cars. 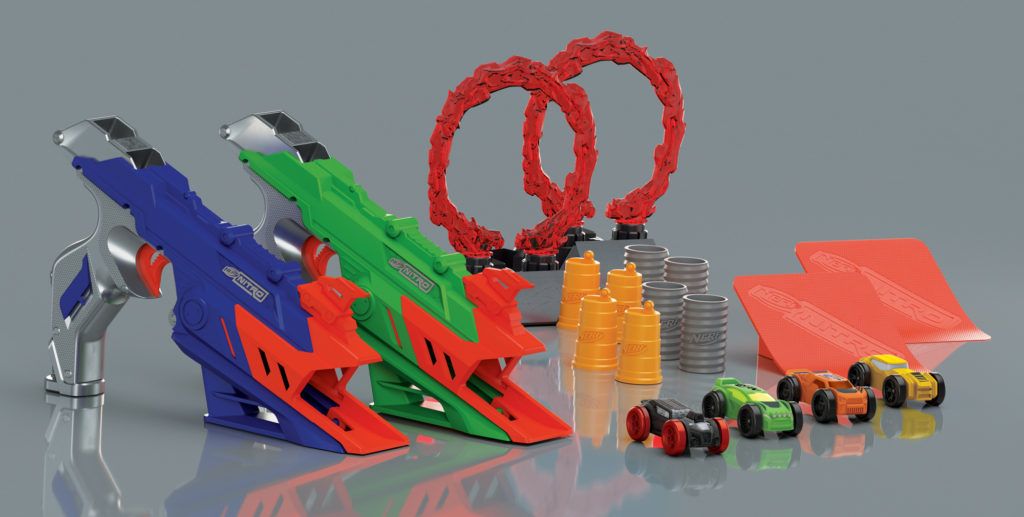 The blaster included with this set can actually fire three cars at a time. This set also includes a long-jump ramp, six Nitro foam cars and a pop-up target that can be easily reset.

As well as the blaster, this set comes with two foam cars, a long-jump ramp and several small obstacles for your foam car to crash into.

The cheapest of all sets is the Nerf Nitro Throttleshot Blitz. This assortment comes with an inverted blaster, one Nitro foam car and a couple of obstacles.

There will be 48 different cars to collect. Image by Raymond Wong

All of these Nerf Nitro packs mentioned will be coming this summer (Northern Hemisphere).

It’ll be interesting to see how well NERF Nitro can compete with Mattel’s Hot Wheels. What do you think of this new series?