With the new Avengers Infinity War movie coming soon to cinemas, it is time for some more cross-promotional Nerf blasters. The new Avenger themed blasters are a part of a new series, known as Assembler Gear. From the leaked images on Baidu, there is a Star-Lord, Hulk, Captain America, Iron-Man and Spiderman (Iron-Spider) blaster.

Below are the images of each blaster in their box. Unfortunately there is no image of the Iron-Man blaster, other than the small picture displayed on each box. 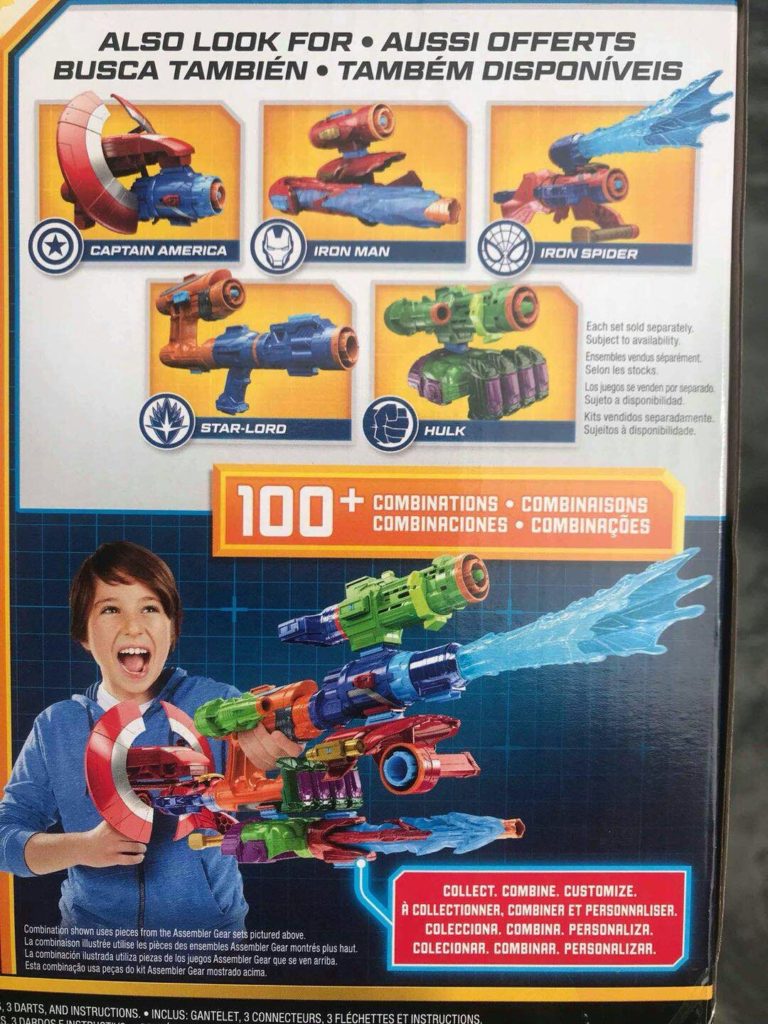 This kid looks like he’s having too much fun

Since this is leaked news, we don’t have any official information on pricing and release dates. However, we should expect to see these blasters in stores very soon, as Avengers Infinity War will be out in cinemas in late April. We can also expect some expensive pricing, as we all know that cross-promotional products are always priced much higher than they should.