I learnt two new things today. There is an Australian Toy Fair in Melbourne and the Nerf Modulus Ultimate Customiser Pack includes a Modulus Demolisher. This new blaster pack was actually listed on Hasbro’s Media Release of upcoming 2018 Fall Nerf Blasters. However it was not displayed at the New York Toy Fair. Thanks to Make Test Battle, we can take a look at the new Demolisher! 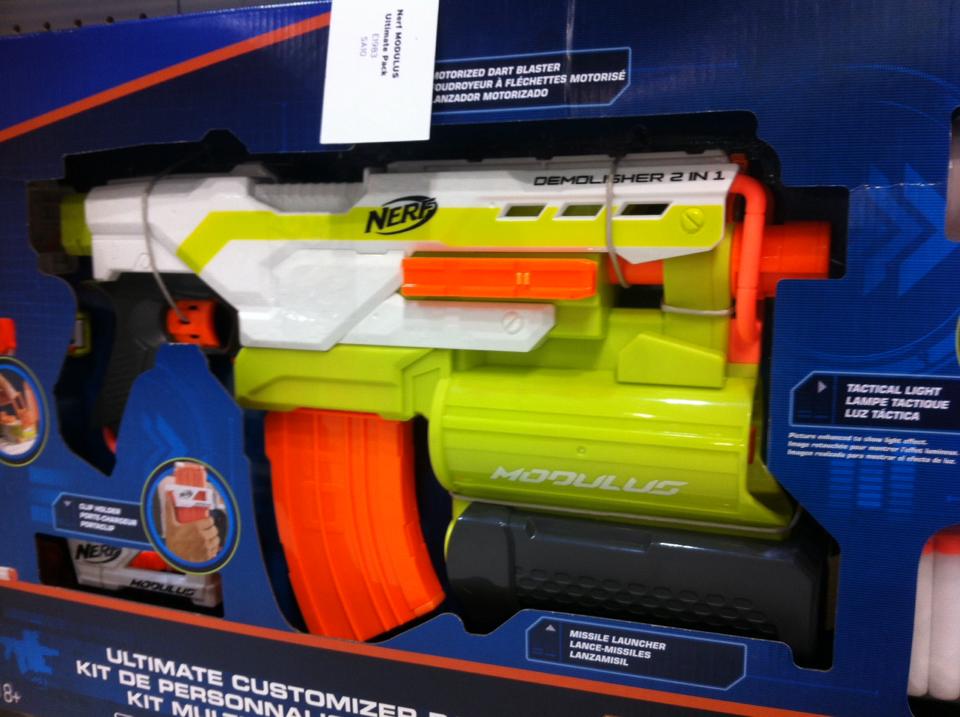 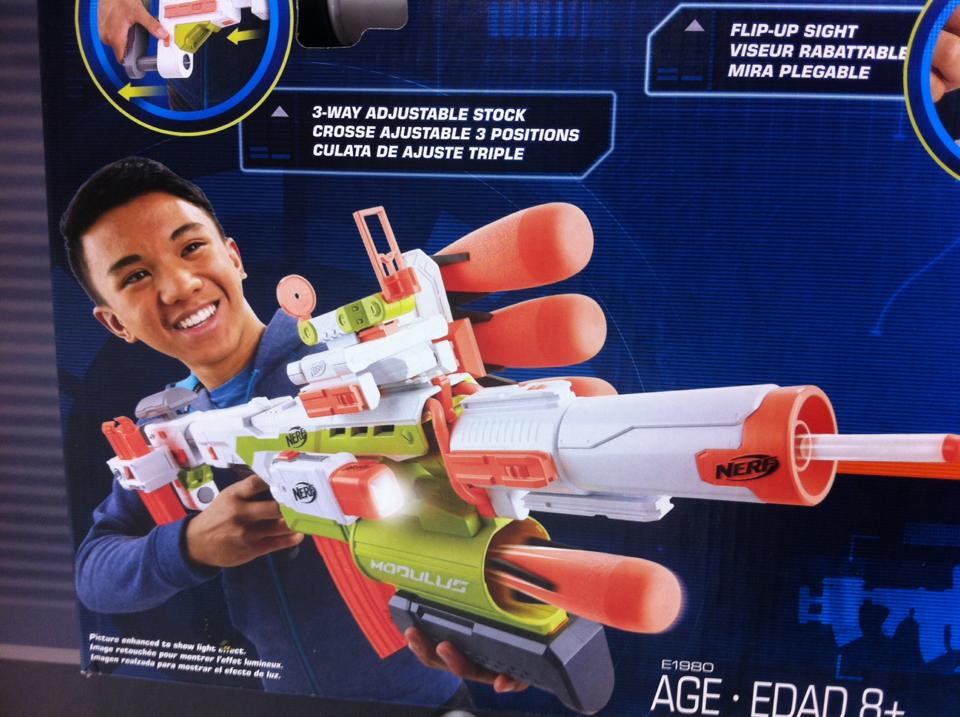 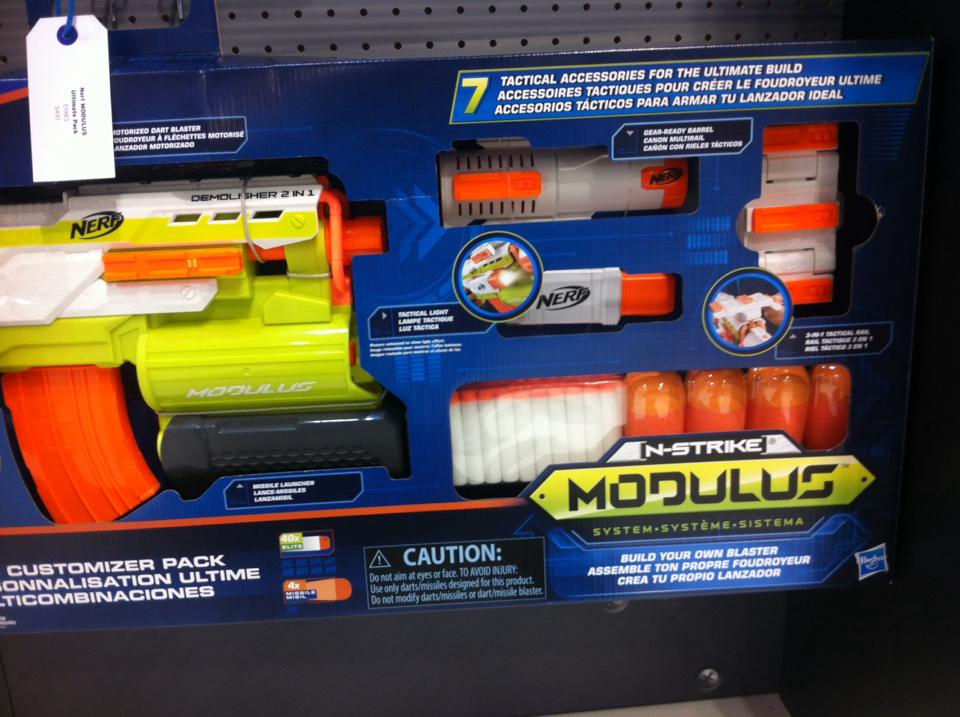 Included with the Modulus Demolisher blaster is:

Not bad at all. There are a couple of attachments that have been seen before. The tactical light has been sold separately and the Flip up Sight was previously included with the N-Strike Longstrike but in a different color.

It’s quite an epic package, however the $99 price will scare many away. Who’s excited?