As is tradition, Hasbro is releasing blaster-related gear for the next Marvel film. In keeping with tradition, it’s also as bad as almost every other Hasbro movie tie-in. We’ve fallen a long way from the days of Iron Man Magstrikes.

Today’s review focuses on the Iron Man version, but all versions will have similar features. 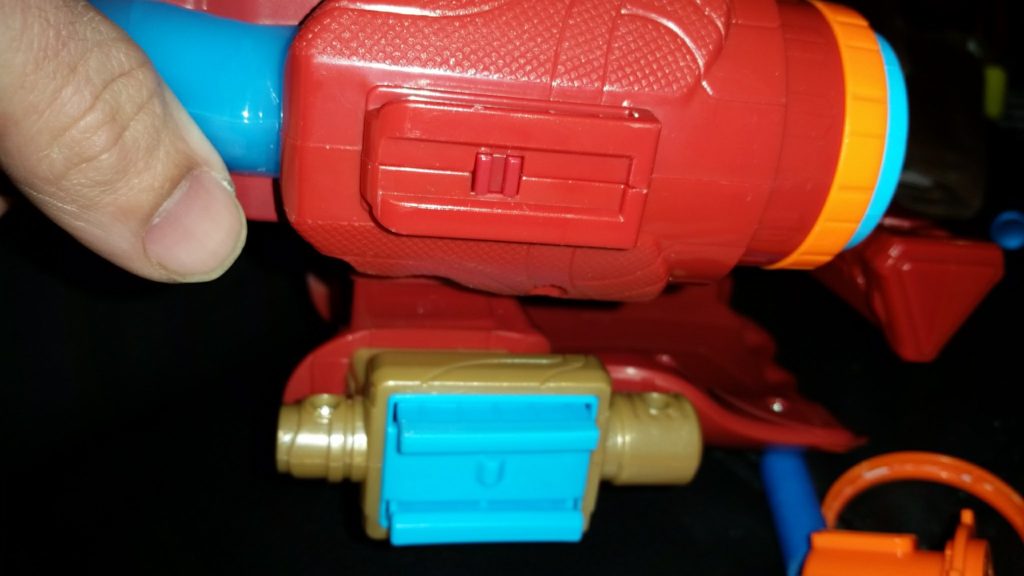 All the Assembler Gear is able to interlock or stack with each other, thanks to miniaturized versions of the classic Nstrike rail. In addition to that is the presence of barrel attachment points, allowing blaster sections to be connected, barrels to be put in place, etc. The potential for pretend play is very high, considering the number of sets available. And they all have the same sturdy plastic construction. In that area, Hasbro didn’t cut corners. 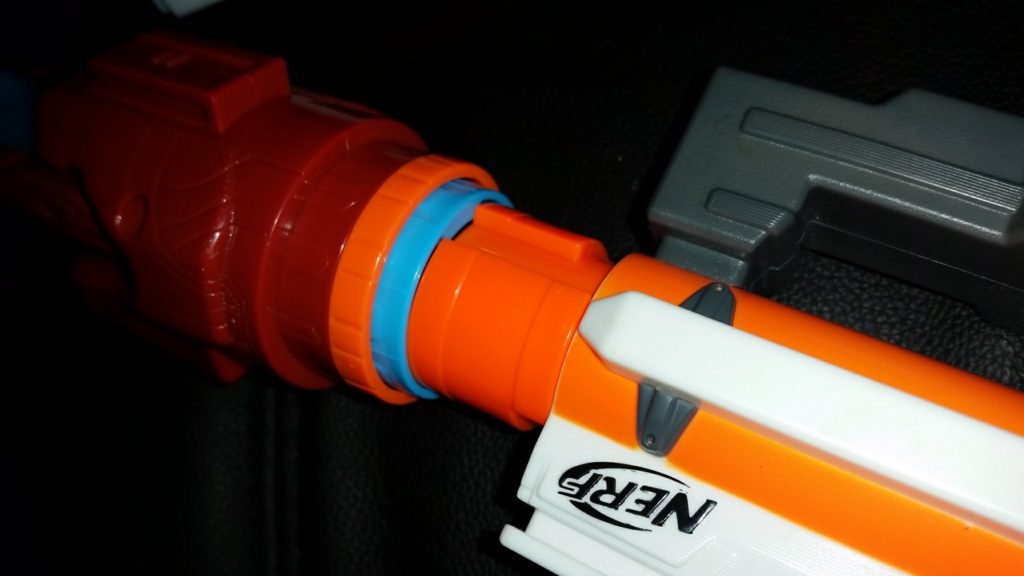 Unfortunately, these blasters and accessories exist in a different universe than Nerf blasters. The barrel adapters have differently shaped tabs, as well as a wide casing, compared to Nerf barrels. The mini-Nstrike rails can haphazardly attach to blasters at best, or not at all, depending on the blaster. We can debate the usefulness of modifying these things, but ultimately Hasbro missed an opportunity. Nerf Avengers gear that’s fully compatible with your blasters? Little kids excited about an IRON MAN IMPROVED BLASTER? At the very least, a tie-in that doubles as fun accessories would have been interesting.

A Blaster to Die For (aka It Stinks, and You Died)

The blaster unit itself is nothing you should want to have in your collection. On the plus side, it does have its own trigger. That’s really the only plus to it, though.

The blaster is single shot, front-loading, and ONLY primes after a dart has been inserted. None of those are bad things (even if the last one is annoying for people who prime a blaster with the expectation of picking up or scavenging darts, just so one step is already out of the way). It does call into question why you’d want any sort of barrel attachment, however. 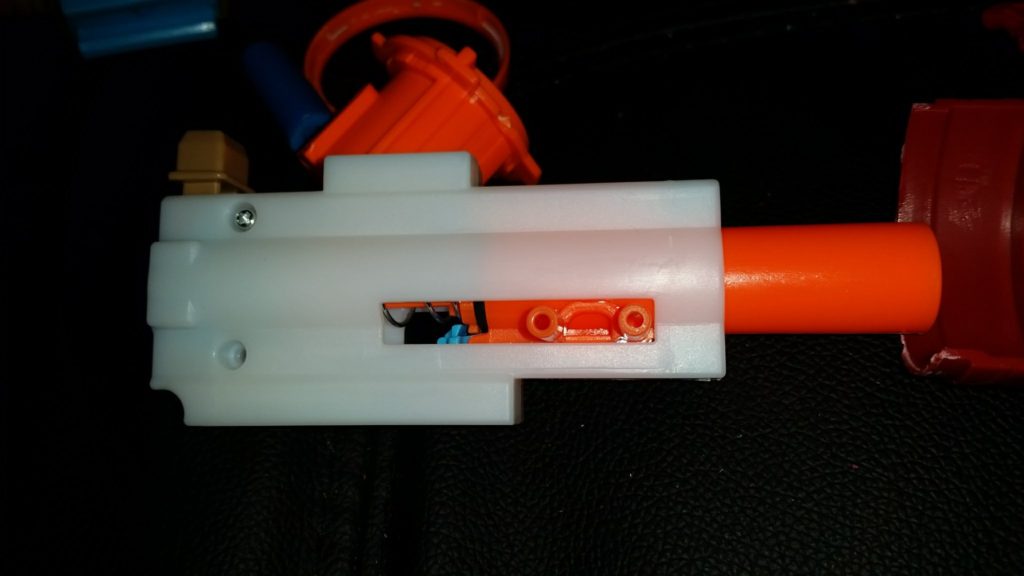 When you open up the blaster, you find a direct plunger mechanism. Not the kind you’re hoping for, however. The plunger directly acts on the dart, without a plunger tube to speak of. The previous Iron Man/War Machine wrist blasters that tied in with Civil War operated in a similar fashion. Really, there’s nowhere to go with it, and average dart speeds were only 30 fps.

If you want performance, buy something else.

Movie tie-in products are almost always a disappointment. Either they perform but are far too expensive (some Star Wars blasters, for example), or they don’t perform well and are still pricey. In this case, $25 buys a blaster unit and accessories that really only combine with the other Assemblers products, and not standard Nerf. And the blaster itself performs poorly.

If a child wants this, or you’re really into collecting, then by all means buy one. But you’ve been warned.