This year at Toy Fair, Zuru showed off their entire product line, with much of it in the new blue and white color scheme. The colors, range claims, and shells have all been updated. In the case of the Reflex 6, a slightly larger shell and better internals make for an overall improvement over previous iterations. 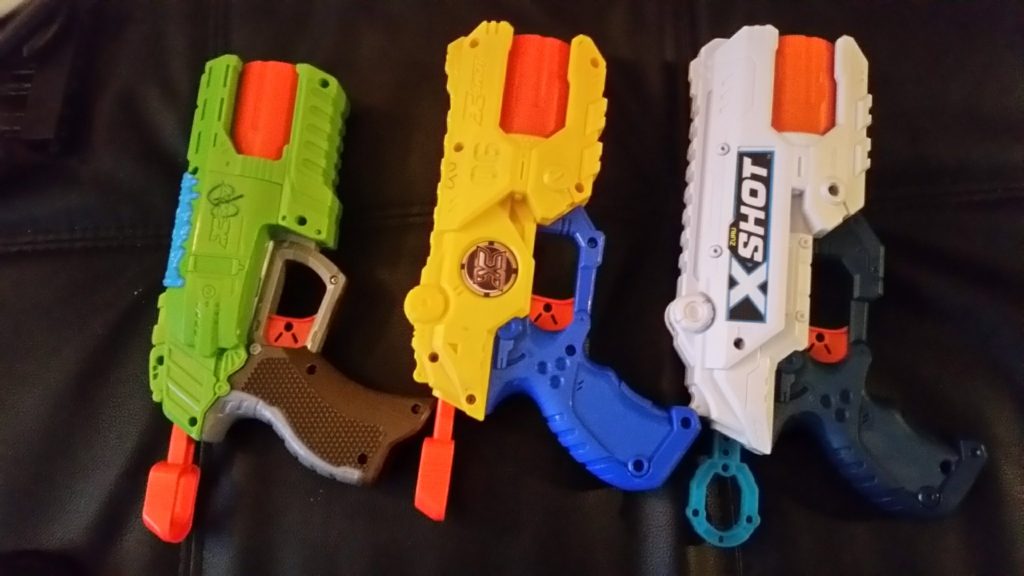 The Reflex 6 has a proud heritage, starting with the Bug Attack Rapid Fire (sometimes abbreviated online by the unfortunate acronym BARF). The Excel Reflex Tk-6 came next, with a slightly larger grip and more serious shell (no “bug splat” pieces) but identical internals. At the same time, range claims have increased. Original Xshot ranges were set at 55′, increasing to 80′ with more recent packages. The newest version of the Reflex features 90′ claims.

The shell of the Reflex 6 is longer, and has a longer priming pull. When opened up, the blaster also has a longer plunger tube. The diameter is the same (about 27.5mm), but there’s an extra 20mm in length. It’s enough space to fit a proper spring inside, should you choose to do that. As before, the cylinder rotates on the prime.

The shell is less detailed than offerings from Hasbro, and it’s only in solid colors (no paint). That said, the entire paint scheme looks nice, and the plastic is sturdy. 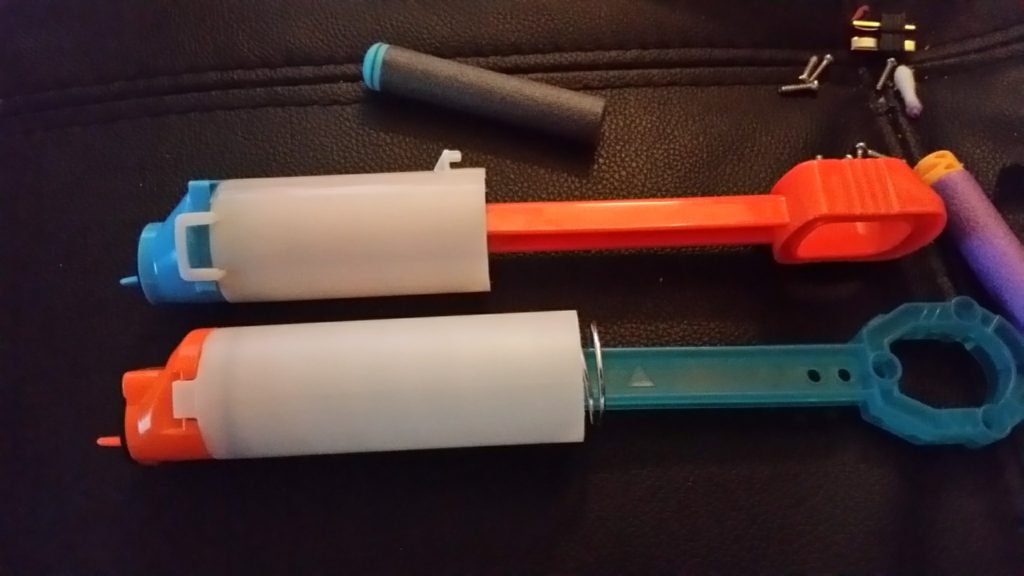 The Reflex 6 actually shoots as well as its 80ft range claim predecessor. Most shots fall into the 75-80fps range, using the included Xshot darts. They’re lighter darts, so they’re easier to propel to high speed. While accuracy with these darts at distance is highly lacking, some shots do reach 90′. I would classify the newer 90′ range claims in the same manner as Nerf’s “XD” until further notice. The blaster shoots the same, but cherry-picking data lets you claim better ranges. I’ll have to test other new Xshot blasters to see if that is the case.

The main benefit I can see from the new version is the extended plunger tube and the dart cylinder. This version’s cylinder actually comes apart, with the center screw holding the barrels onto the base. Using longer barrels (of a different material) as well as a properly strong spring would be enough to make this a worthy NIC secondary.

There is no slam fire, but I can comfortably fire two darts per second just pulling back the plunger and immediately firing.

The Xshot Reflex 6 performs roughly as well as its immediate predecessor. However, the insides feature several improvements that can potentially extract a lot more power from the design.