(NOTE: the first portion is copy/paste from the release. My thoughts will come after.)

The Nerf Vortex line is back! Originally launched in 2011, the Vortex line offered fans a completely new blaster experience equipped with discs instead of darts. The line of disc launching blasters will relaunch later this month at Target to bend the rules and take battling to the next level. 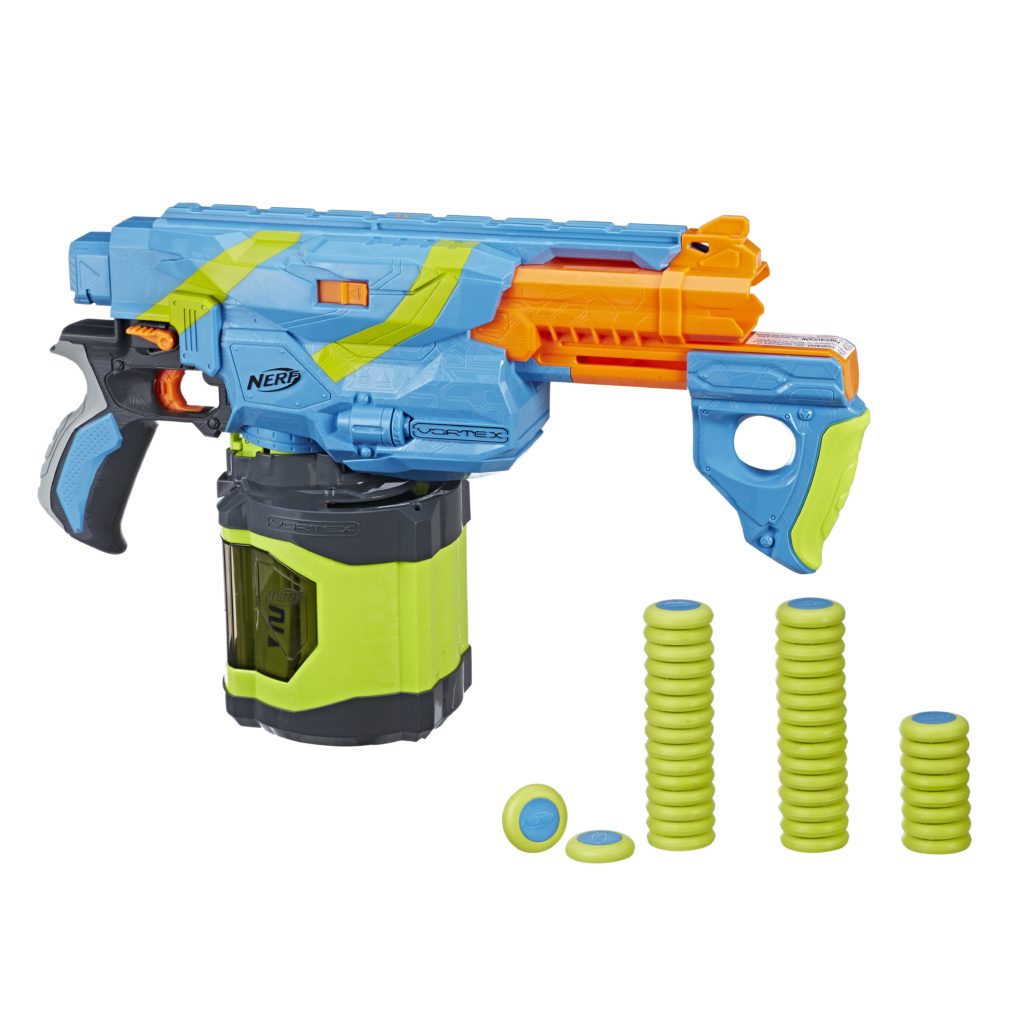 Take battling to the next level with the NERF VORTEX VTX PYRAGON blaster! With a 40-disc drum, this blaster is the highest-capacity VORTEX blaster yet. Battlers can take aim to swamp the competition with a fast-flying barrage of discs. Fire one disc at a time or fire all 40 darts rapidly with slam-fire action. With discs that can bank, curve, and ricochet, the competition will have to stay alert to keep track of their trajectory. Package includes blaster and 40 discs. Available exclusively at Target. 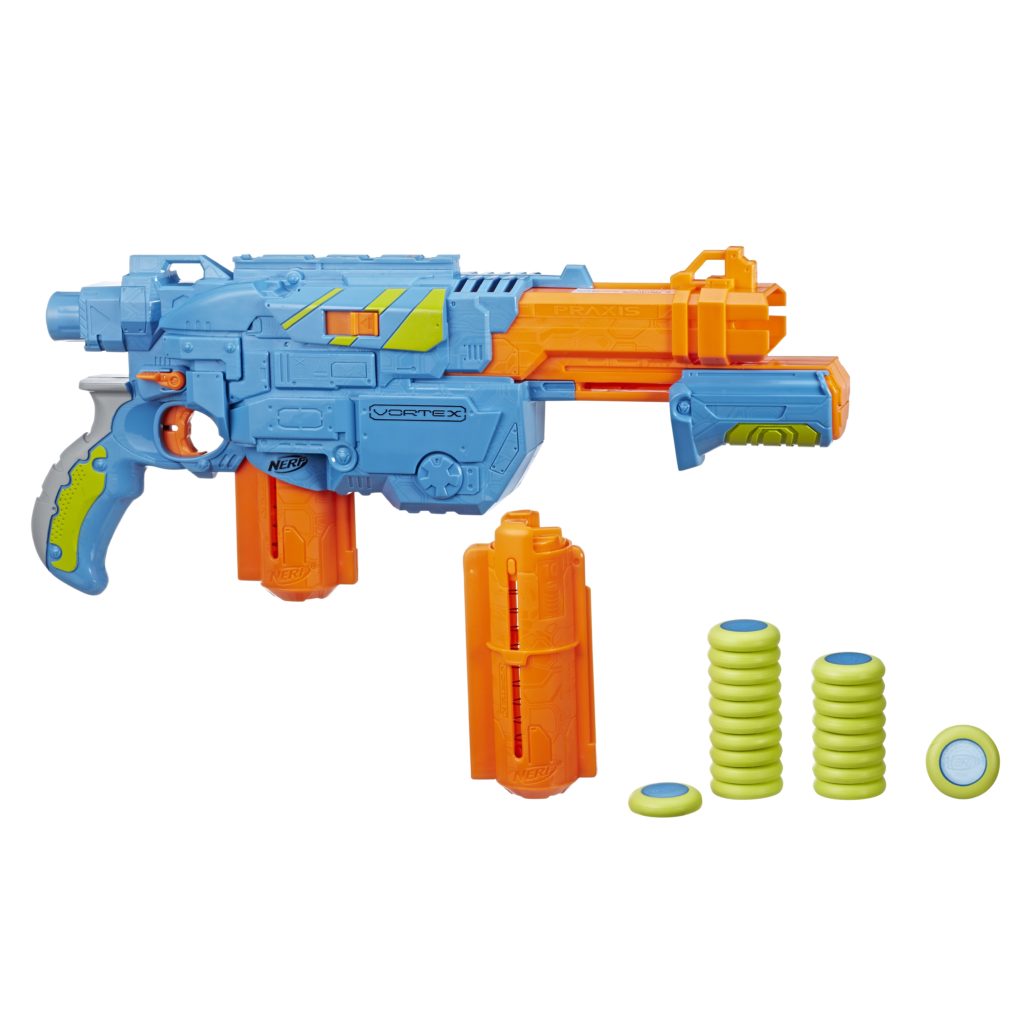 Get ready for awesome free-style blasting with the NERF VORTEX VTX PRAXIS blaster! Pump-action power and removable clips allow battlers go the distance, keeping the competition on their toes. Load one clip into the blaster and keep the second nearby for quick reloading. Blast fast and create trick shots with discs that can bank, curve, and ricochet. The competition will never see them coming! Package includes blaster, two 10-disc clips and 20 discs. Available exclusively at Target. 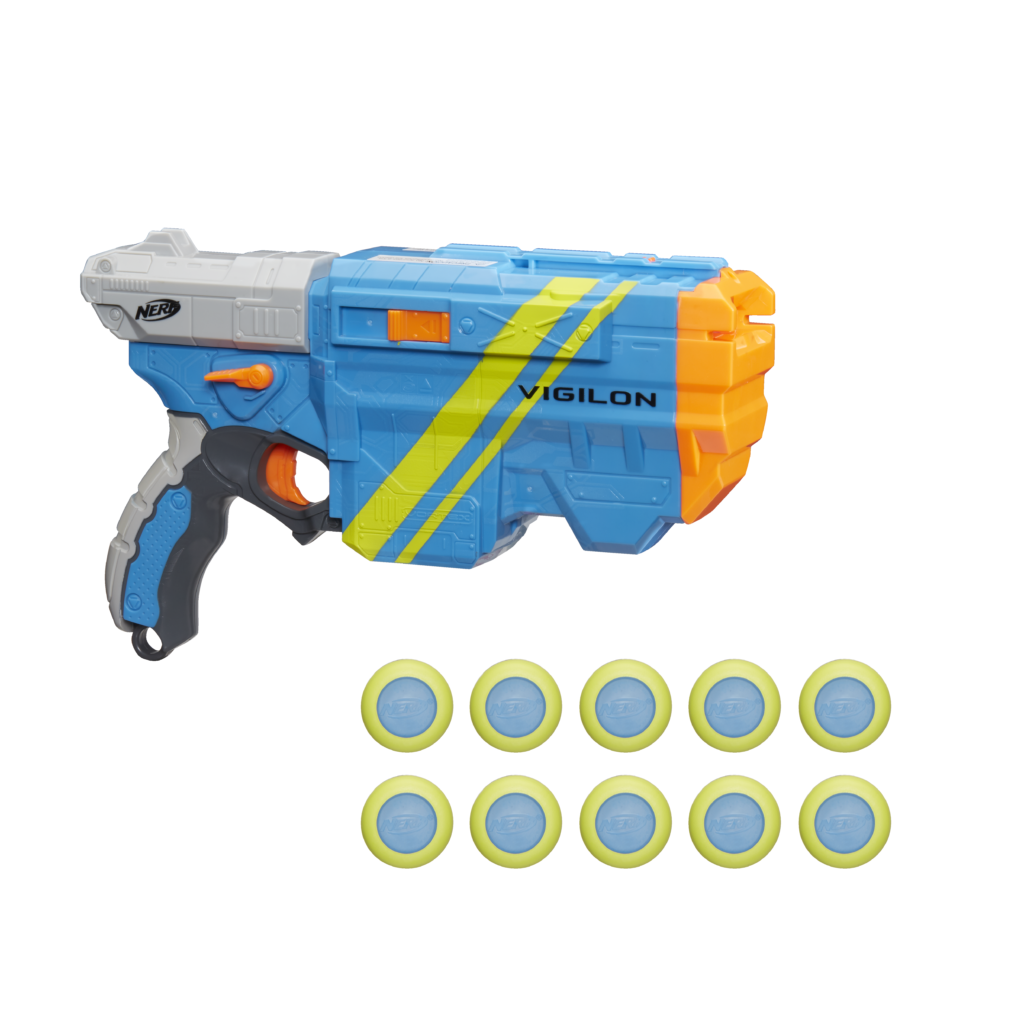 Bend the rules of battle to create all kinds of trick shots with the NERF VORTEX VTX VILIGON blaster! The VORTEX VTX VIGILON blaster sends discs soaring through the air for rule bending bombardment. Open the drop-down door to access the internal clip, load five discs inside, then take aim and send one disc at a time. Re-load the clip for minimum reloading time and maximum blasting. The battle is on! Package includes blaster and 10 discs. Available exclusively at Target. 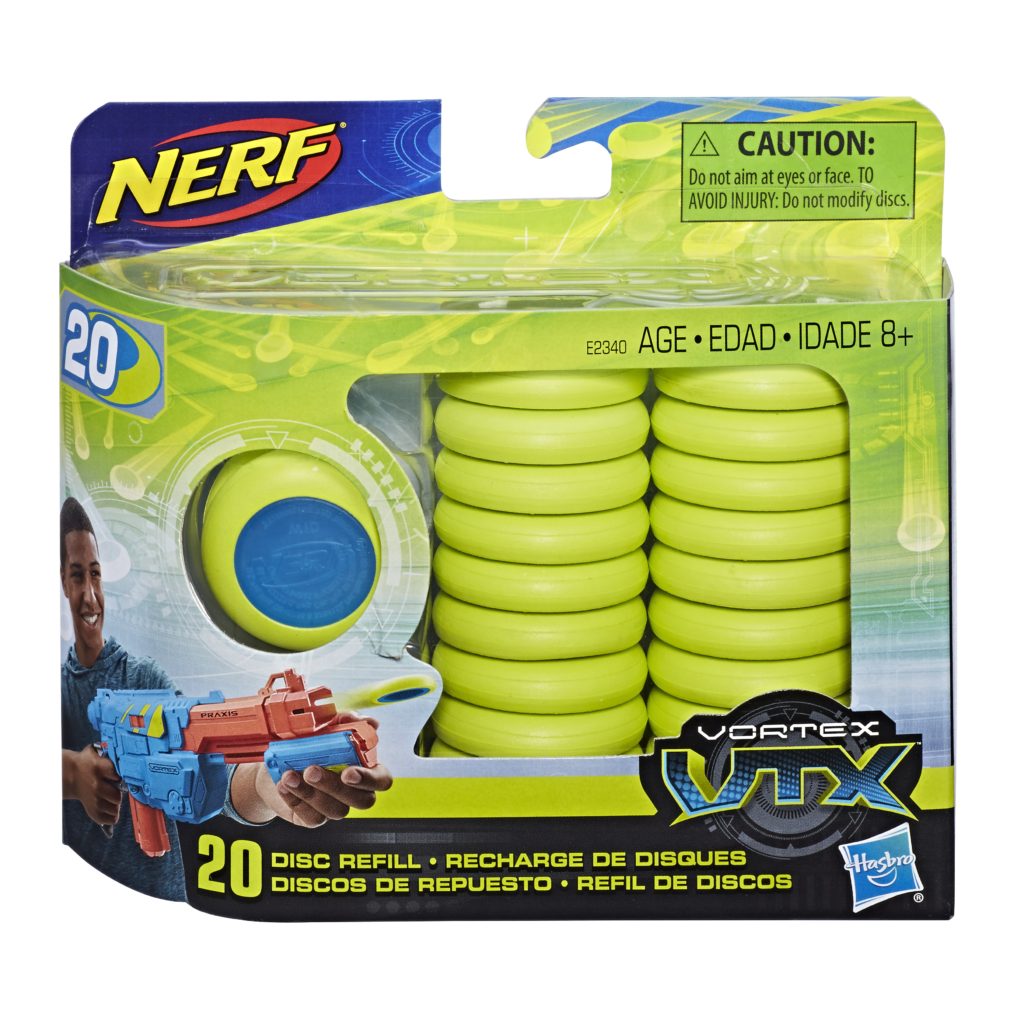 Blast discs that soar and ricochet with the NERF VORTEX VTX blasters! Create all kinds of trick shots with these soft, flexible discs. Stock up for rule-bending battles with this refill pack that includes 20 NERF VORTEX VTX discs! Includes: 20 discs. Available exclusively at Target.

IT’S ABOUT TIME! I remember Vortex coming out when I was in college, and was thrilled with the product line then. The line did die off, but it wasn’t for lack of quality – shelves had simply reached the saturation point, and then gone farther, resulting in stock just sitting at stores. Even if a product is selling, it’s not good to produce way too much of it, taking up valuable retailer space.

While I don’t foresee any difference in performance from past versions, I really don’t think there needs to be. Discs are simply fun – my last HvZ Invite, I ran mostly discs and had a blast doing so (side note: now that spring HvZ is done, I have lots of footage to finish uploading, as well as a serious backlog of blasters to post reviews on). Having official discs available again will also be a plus, as online ammo reproductions seem to be very hit or miss in terms of compatibility.

I do lament the inevitable rise in prices, though. While it’s certainly an overall trend, I remember buying a Praxis for $25, and a Pyragon for $40. That’s the way it is, though – things were so much simpler when we were kids.