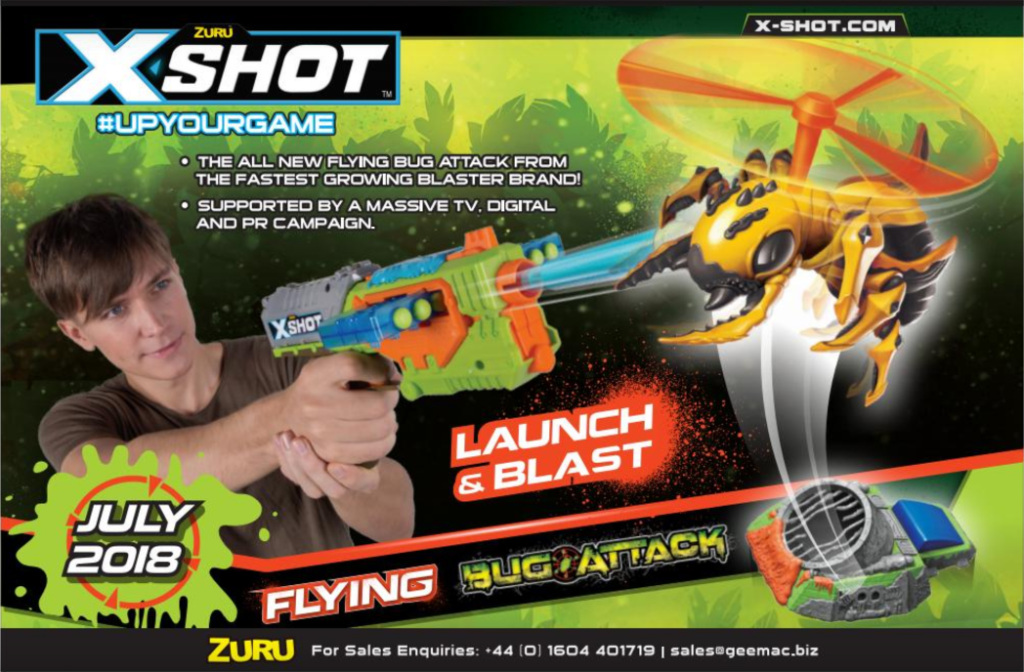 Zuru’s Xshot blasters have been a resounding success in terms of gaining market share, and their line expansion was hinted at back at Toy Fair 2018. The launching of the new sub-series, Flying Bug Attack, is set for next month, with battery-operated launchers sending the targets up into the air. The new pistol in the series, a clip-fed blaster that suspiciously looks to use the same clips as the Regenerator, also looks highly promising. I’ll be sure to post a review once I get my hands on one of these!

This ad was from the June issue of Toy World Magazine, by the way.