Sometimes a fun little pistol comes along. In the case of the Recoil, it’s a simple, single shot blaster with a bonus. The slide actually retracts and then returns on trigger pull, giving the blaster its “recoil”. With or without a dart loaded to fire, it’s a fun effect that completely sells the blaster.

I found the Adventure Force version at a Walmart Canada. The US version, marketed as the Pulse or Kickback, has been seen in the toy sections of places like Burlington Coat Factory.

Simple on the Inside 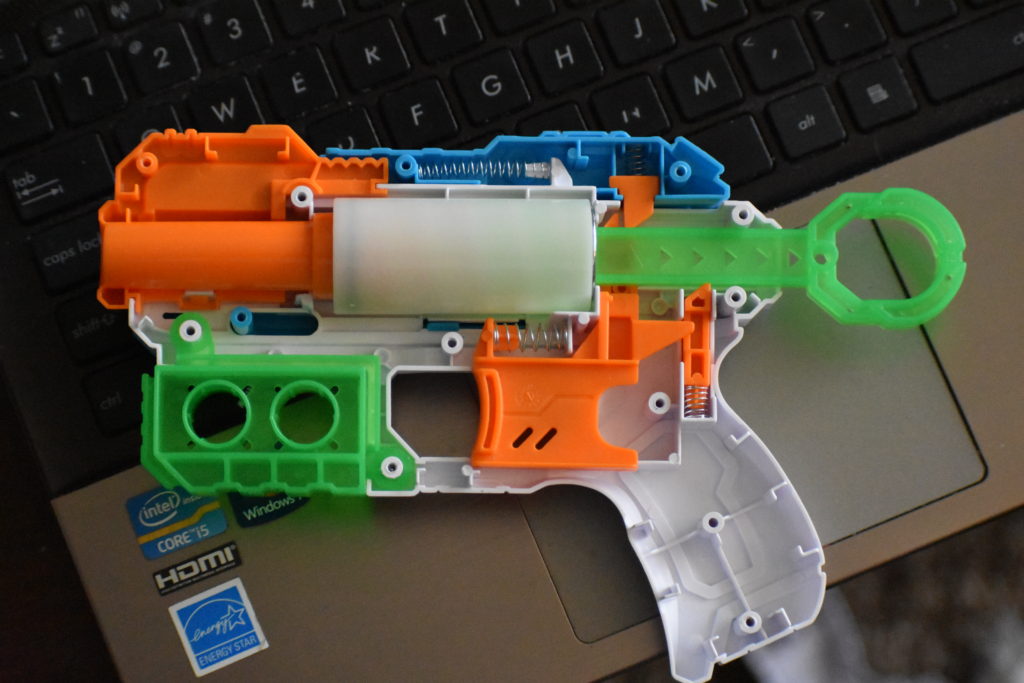 The Recoil is a simple thing. You pull back the plunger rod, it catches, and then you press the trigger to fire. At the bottom of the blaster is extra storage for two darts.

There’s not much more to write about. It is a rather small blaster, including the grip. It’s obviously geared toward younger users, but I found myself playing with it for hours after purchase, as if it was a stress ball. The shell is solidly built, as is the trend for recent Xshot blasters.

The Recoil has excellent stats for a single shot blaster. The included darts (lighter than most) hit 77fps on firing. More importantly, Nerf Elite darts were averaging 73fps, showing little performance loss due to dart type. For $5CAD, those are quite excellent results.

The Xshot Recoil is a great blaster for a great price. Even if you don’t have darts to fire, it’s far more entertaining than it has any right to be. Gimmick blasters aren’t usually valued greatly, but when the gimmick is an extra on top of a good blaster, it’s well appreciated.