While we were gone (I was at an HvZ Invitational close to home), Jared’s Epic Nerf Battle 4 took place down in Texas. Being an official Hasbro-sponsored event (as well as Walmart), it was a good opportunity to show off some of the upcoming 2019 blasters. Naturally, those blasters “just happen” to be Walmart exclusives. In any case, the event appears to have been a blast for all those that were able to participate, and preorders for those blasters are now live!

In case it matters, I currently don’t make any money off the links. I’ve thought about it, but that hasn’t happened yet. 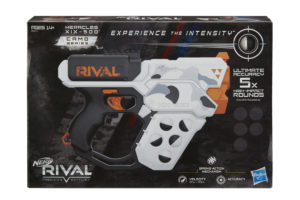 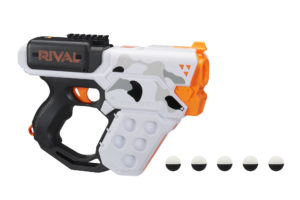 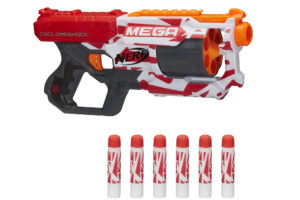 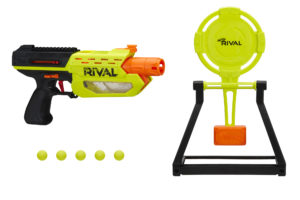 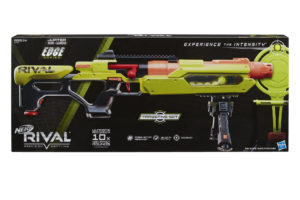 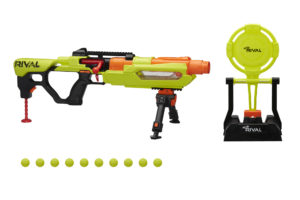 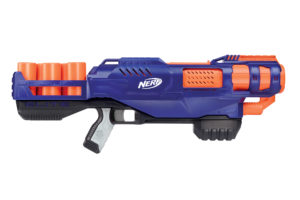 The blasters themselves will undoubtedly be well built, but whether you order them will largely be a function of what you’re expecting.

The Rival Edge series, for example, is marketed as a “marksman” line of blasters, complete with reactive targets. Based on operation (and the clear windows), they’re essentially a Kronos reshell (Mercury) and a Kronos with a long platform and double the ammo (Jupiter). If you do like them, they’re $25 and $50, respectively.

The Heracles is another Kronos, but with a large front end that includes ammo storage slots for reloading on the fly. It’s not as small as before (and presumably won’t work in a holster like I see them being stored in at every blaster game ever), but it’s a different option. It’s $20.

The Cycloneshock is $20, and is simply a different paintjob. No more needs to be said.

Finally, the Trilogy is an interesting beast. (See Lord Draconical’s video to see the blaster operation). It’s a large blaster that essentially replaces the Sledgefire as Nerf’s shell-fed shotgun blaster. It uses new shells that are easy to just drop in and fire; the shells then eject out the side on the next priming motion. The stock includes storage for five shells. It’s currently going for $35.