After a week of work and other odd things, let’s try posting again! This time, with a report on the HvZ game at Bowling Green State University.

All photos courtesy of Judah Kania. Thanks a bunch!

Yep, the game was based around a meme. The plot turned into a strange story of Elon Musk operating a moon base and investigating strange readings, only to find that God (or at least some kind of entity) was angry with him, with zombies showing up as a result. Things of course went downhill for the humans.

Rain was in the forecast that weekend, but somehow we got lucky and it stayed half a county west of us during most of the game. We still fell a few times in the mud, but it was all fine. 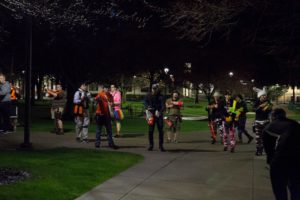 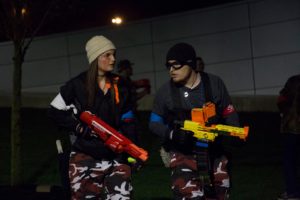 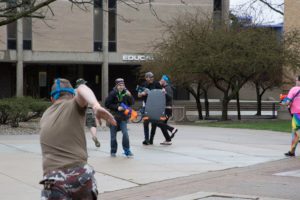 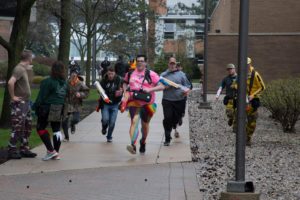 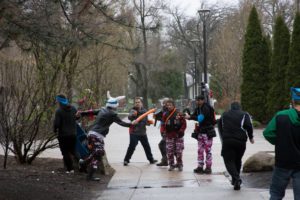 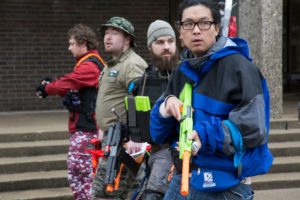 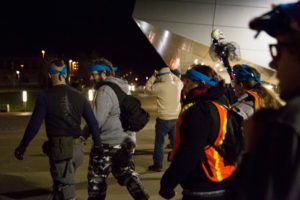 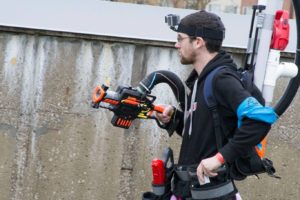 After an exciting Friday night Mission Zero where everyone died, we started Saturday trying to rescue a team full of scientists from a downed shuttle. Naturally, we failed, and lost a few people to the horde. The second mission, however, turned into a bloodbath, with nearly perfect zombie teamwork and placement killing all the humans, forcing a reset. It was a difficult setup (can only be out ten minutes at a time searching for puzzle pieces before needing to return for air). But the zombies played extremely well!

After the reset, we played a few more missions for finding pieces of the “BFG” (a Maverick, of all things) and finishing the plot. Finally, the last mission took place late at night, and the humans…made a solid effort, but accepted they were tired and were going to die.

I am seriously behind on my editing. But here was the final stand. I naturally decide to use something silly – my giant backpack feeding ballistic balls into a Thunderstrike 20. Turn up the brightness.