Yes, you read that right. Hasbro just surprised us all with a Nerf version of the M41-A Pulse Rifle. While no actual blasters are on hand (only renders), the announcement comes with far more detail than expected. The preordering window is limited (through October 2021), so let’s get to the details!

A Holy Grail of Blasters 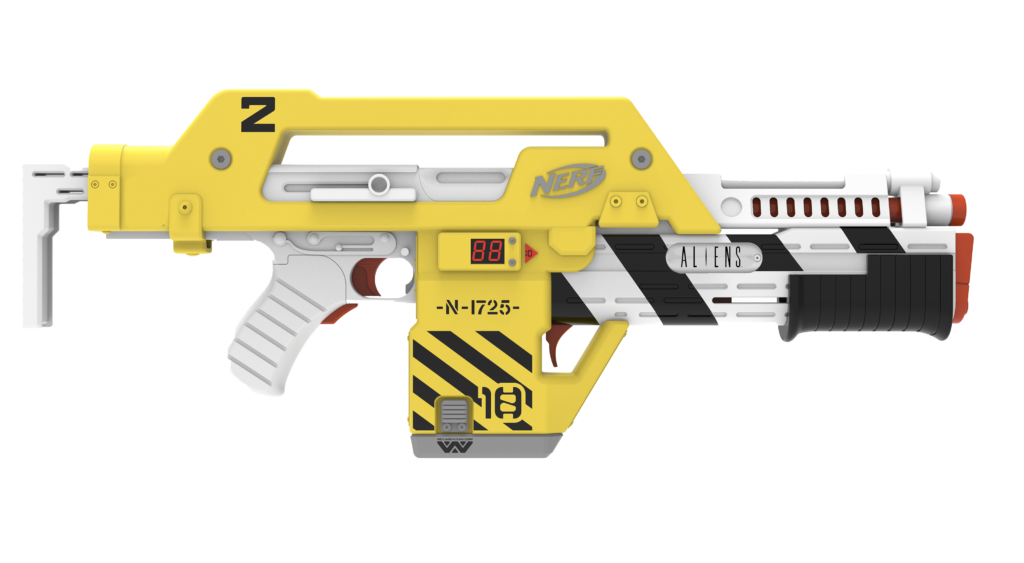 Iconic weapons from movies and games are a prime target for Nerf enthusiast projects, and the M41-A is no exception. People have made their own versions out of blasters cobbled together, combined with kits found online. Now, however, we don’t have to go through all that effort, as Hasbro has an accurate recreation. It IS painted much brighter than the actual thing, but this is a toy company making a working blaster. I’m fairly certain that can be forgiven!

From the press release: 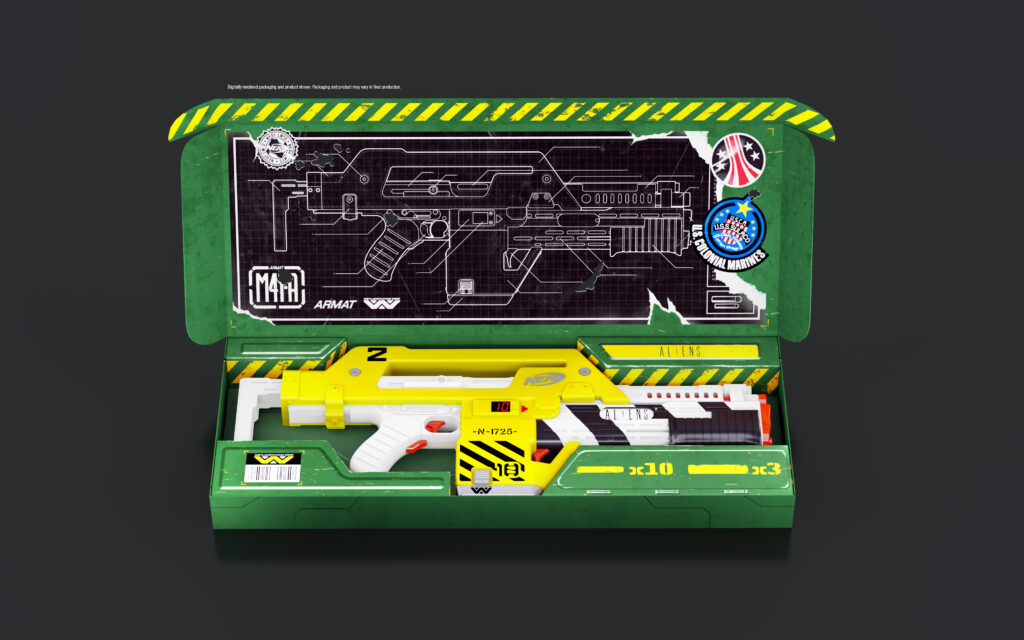 “I WANNA INTRODUCE YOU TO A PERSONAL FRIEND OF MINE…”

Celebrate the 35th anniversary of the iconic ALIENS film with the NERF LMTD ALIENS M41-A Pulse Blaster, capturing authentic details inspired by the equipment of the film’s Colonial Marine Corps.

Even without the press release, the renders show so much more detail than Hasbro usually puts out. A full internal view of the blaster is shown, with Turbine-style pusher, flywheels, and triggers present. The front gun is essentially a Hotshock connected to a pump grip. It’s actually pretty exciting to see all these things come together in a detailed, colorful shell. Of course, actual production models will differ a bit from the renders, but I have no doubt Hasbro will put in the effort on a collectors’ item like this. $95 is a lot, but this blaster is also a lot.

The blaster comes with a custom Nstrike magazine, which both completes the look and allows it to fit in the blaster body. Other stick magazines *should* work as well (that question is out and waiting for a reply), but drums are certainly out of the picture. 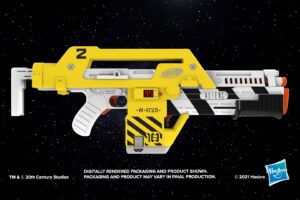 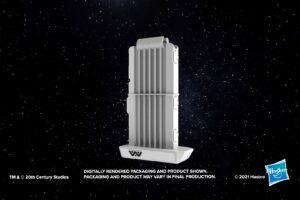 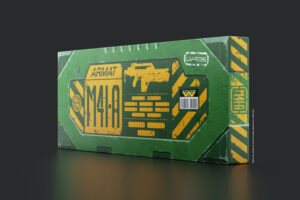 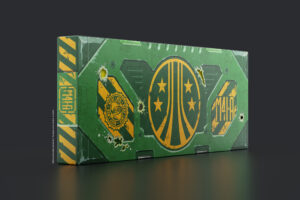 Preorders are live over at Hasbro Pulse as well as Gamestop. EB Games Canada will also soon have preorders!