On Monday, January 20th, Hasbro unleashed the new, N-Strike Elite Demolisher in advance of the London Toy Fair. Since then, a number of new details on this unique blaster have emerged, due in no small part to the folks over at UK Nerf providing us with hands-on feedback before the show closed. We thought this would be an appropriate time, then, to collect all of the best intel we have been able to find on what is sure to be one of 2014’s hottest products.

Based on everything seen to-date, here is our list of what to expect from this new 2-in-1 addition to the Elite product line, in no particular order: 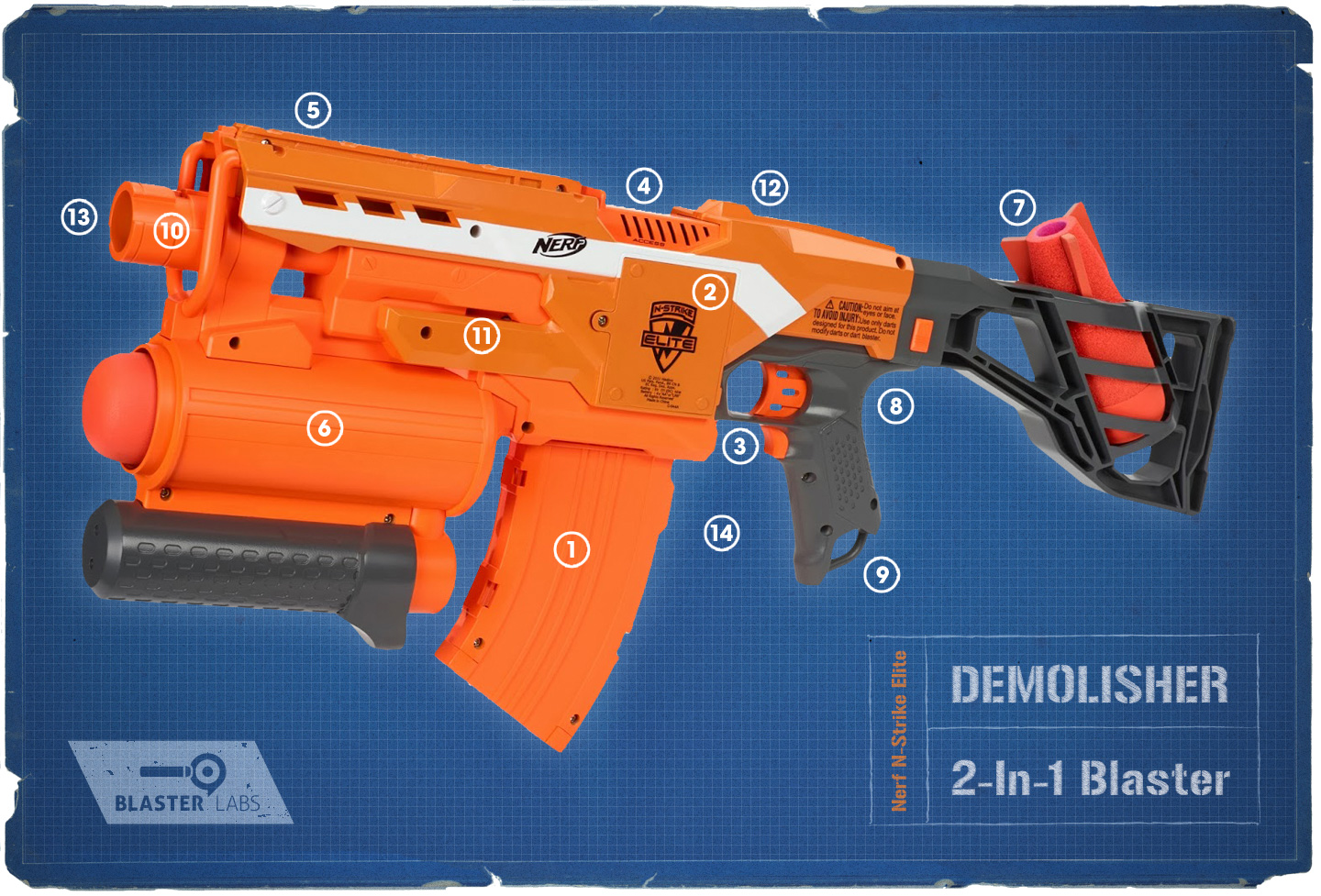 All told, we’re feeling very good about this blaster. Shot distances, if true, will be exceptional, the rate-of-fire should be comparable with the current flywheel-based models (a good thing), and the “Mega dart” grenade launcher will add interesting play elements. Our primary concerns center around the meager, 10-dart “faux” banana clip, and the fact that this blaster will likely be very front-heavy, which will make our dual-wield dreams fairly short-lived. Still, the “tacticool” feel of this one is spot-on, and definitely the right direction for the brand. We can’t wait to get some hands-on time at Toy Fair ’14 in February! 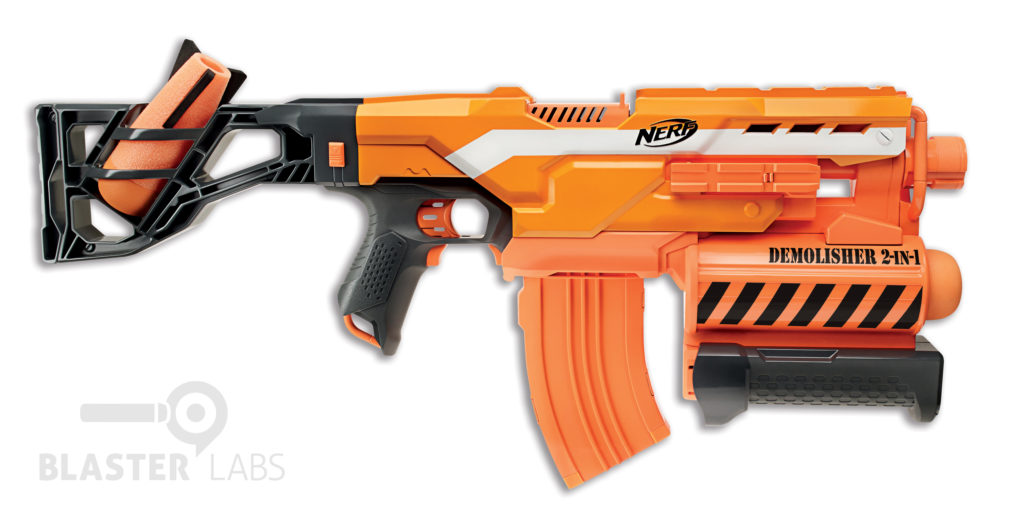