In the Doomlands, there is only one lawbringer!

A target exclusive, the Nerf Doomlands Lawbringer is one of the newer items, making it’s appearance in late 2015. Essentially, the blaster feels like an over-sized hammershot, which is great for it’s feel and aesthetic overall! It works well for close combat, and is a nice addition to the Doomlands line if you are looking for options, however it has a lot it still needs to offer when it comes to practicality. The Lawbringer is very sturdily made, and will catch the eye of your targets, however the biggest concern is that of the price. Regardless, I wanted to give it a go, as the Doomlands style gives off a great first impression, and knows how to make a statement with it’s appearance.

Bring justice to a doomed world with the Lawbringer blaster! This powerful blaster fires 12 darts without reloading from the rotating barrel with hammer-action blasting. Load up your darts from the storage capsules on the stock and drop the hammer as you let each one fly! You’ll be the fiercest protector on the battlefield with the Lawbringer blaster!

To start off, when you first get your box, it is pretty sweet looking. It kinda has that comic-like, rugged, grunge look, using a desolate earth, a grey/blue sky, and generally dry feel. The box is also using the open front, which we have been seeing lots more, allowing your to easily see what you are purchasing while in-store. My first thought was of comparing it to the Borderlands (or Mad Max, or Fallout) series, as if this blaster was pulled right out of the game. That’s not a bad idea honestly, it would open up a whole plethora of option to customize these blasters however you see fit, but that is the goal of the Modulus, so I digress. One of the unique features seen here, and with other Doomlands blasters, in the see-through plastic. This doesn’t typically seem to fit the aesthetic of a rugged blaster, but I believe the intention is to make it feel see-through or unfinished, as if the blaster rigged together. 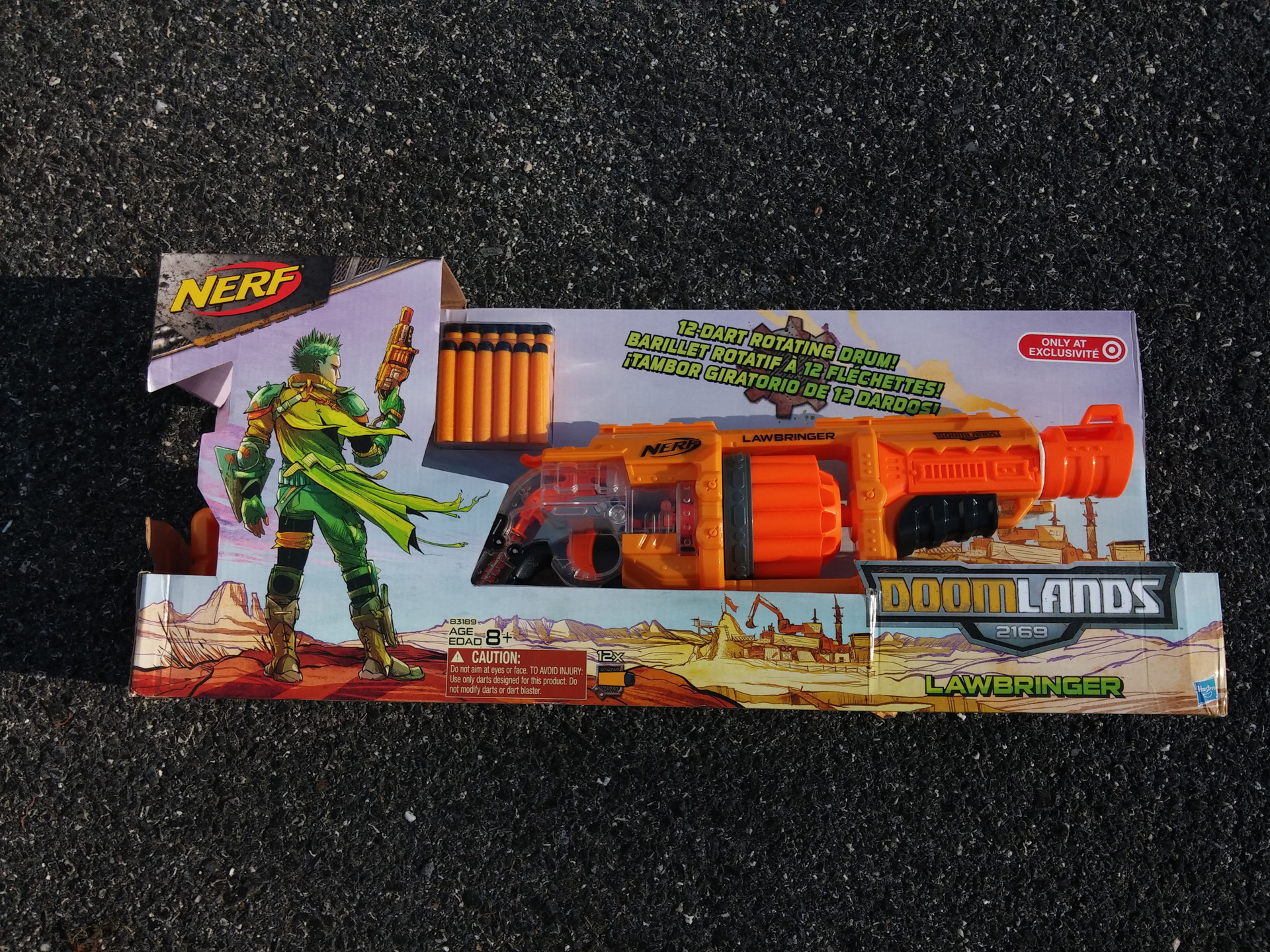 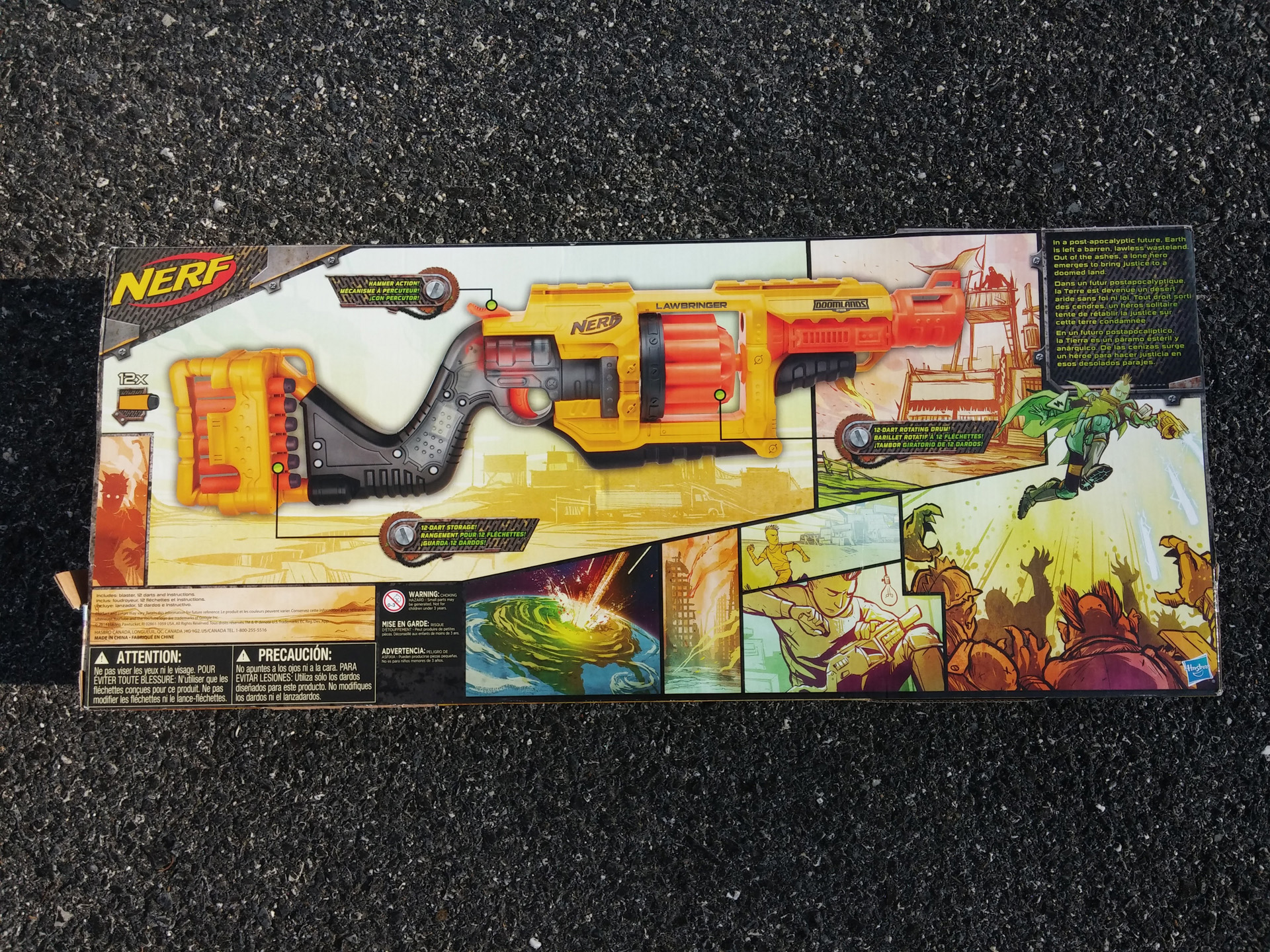 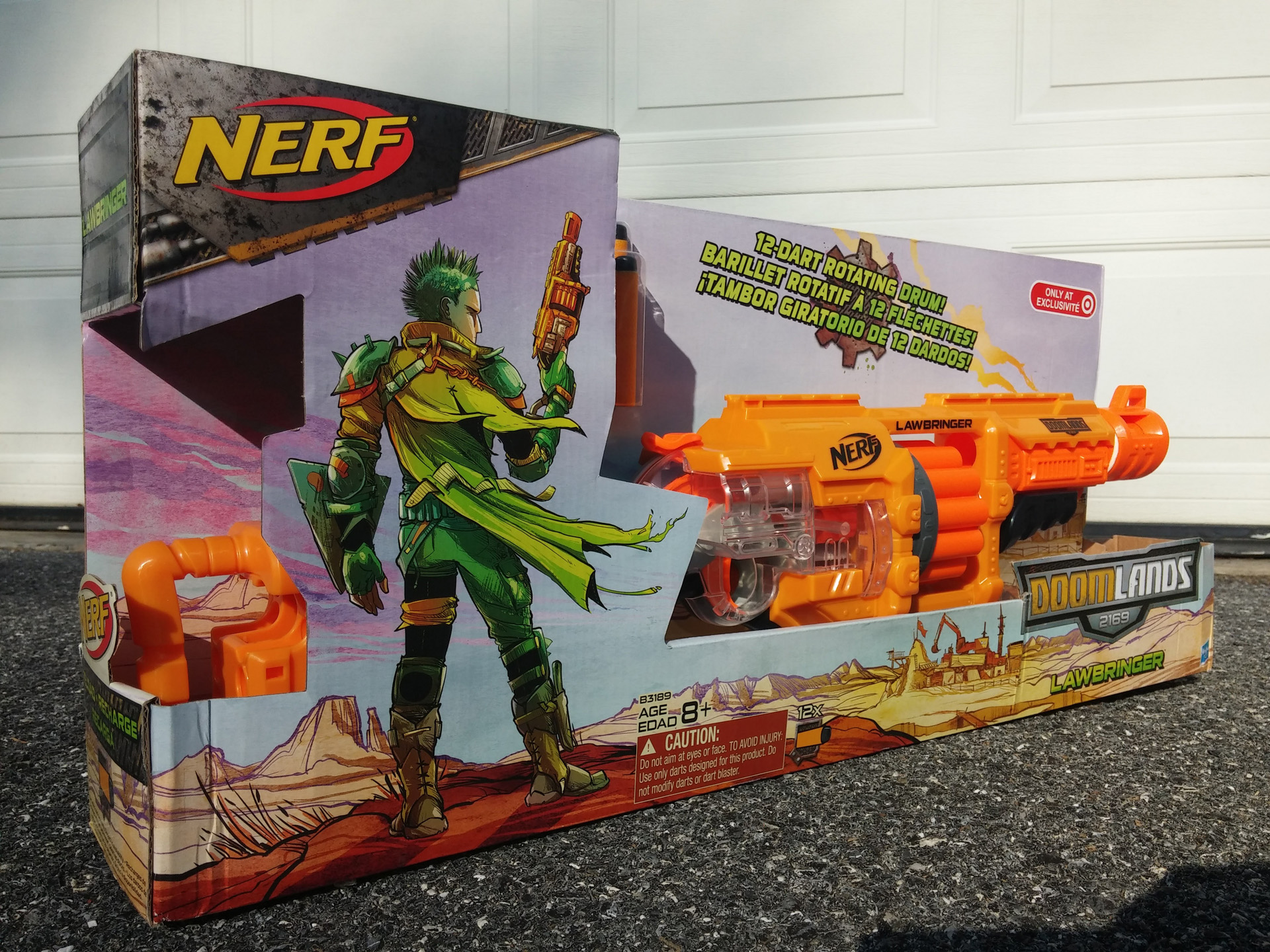 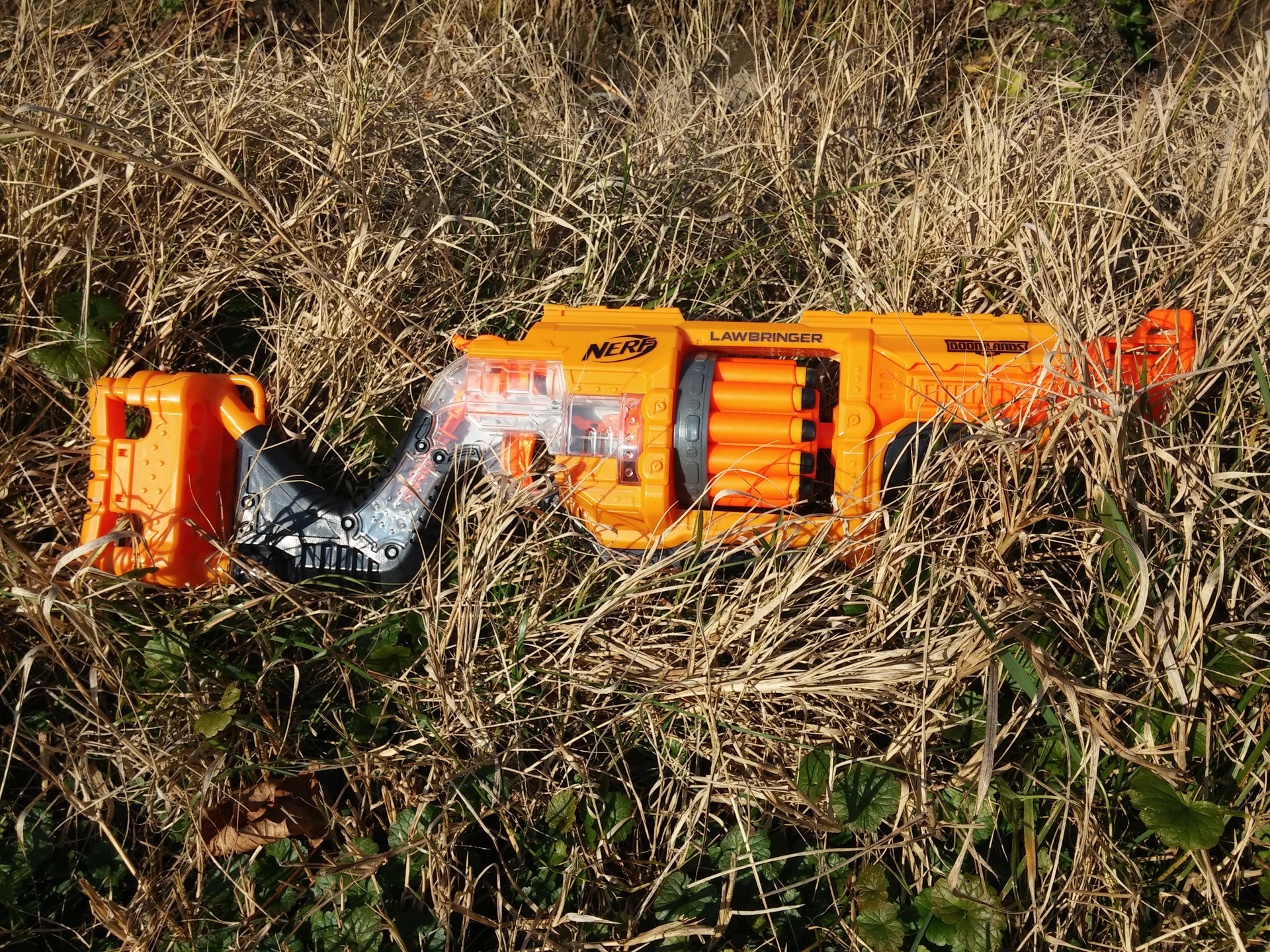 The ammo is held within a medium capacity drum, which is loaded one at a time, like many other before it, and it finishes off with a fixed barrel, so no changing out items there. The stock is a simple, but unique design, making for a good shoulder rest. To fire the blaster, you have to prime it, the fire, which works pretty well as you hold it with two hands. It is a fun blaster to fire, feels solid in your hands, whether using the stock, or just firing from the waist. It fires at a solid speed, but not too rapidly as it is individually primed, which to me made it feel like a drum-fed, sawed-off shotgun. Like a shotgun, the accuracy just isn’t there. Sure, if you are targeting something right by you, no problem, but if you want to shoot at something 50 feet away, best of luck. And as for the range, I was able to get ranges up into the 60 feet, but many reported not even being able to get out of the 50s.

At a $35 price point, not sure this is the blaster I would be aiming to purchase. It makes for a fun and stylish accessory, but in general, the practicality of it just isn’t there. You could easily get a Zombie Strike Hammershot in it’s place, which is essentially a smaller version of it, for only a fraction of the price! Perhaps if the price was dropped by $5-$10 it would be more comparable, but not as it stands. This is unfortunate though, as it is fun to use, and definitely has a strong style and appearance to it! 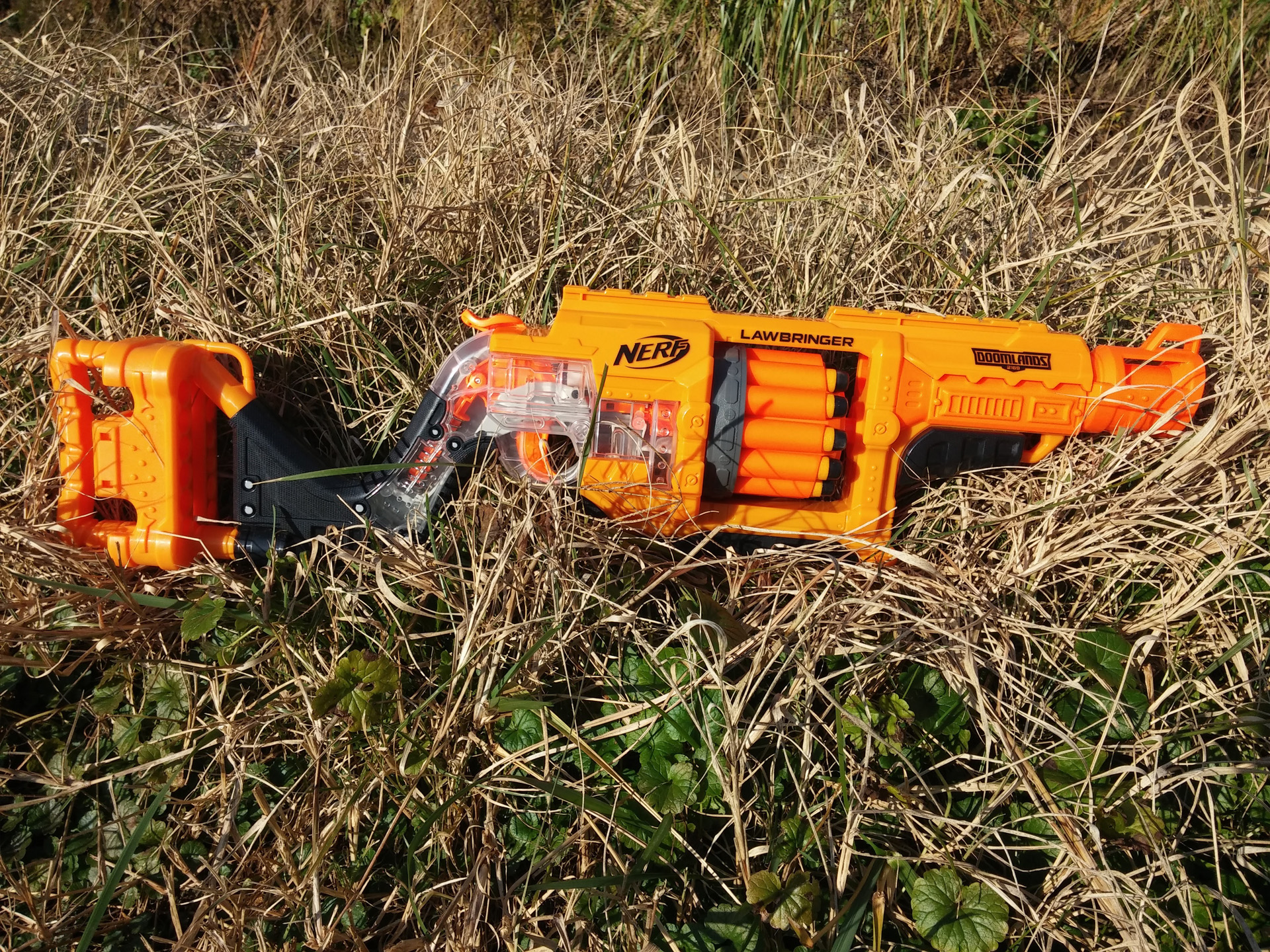 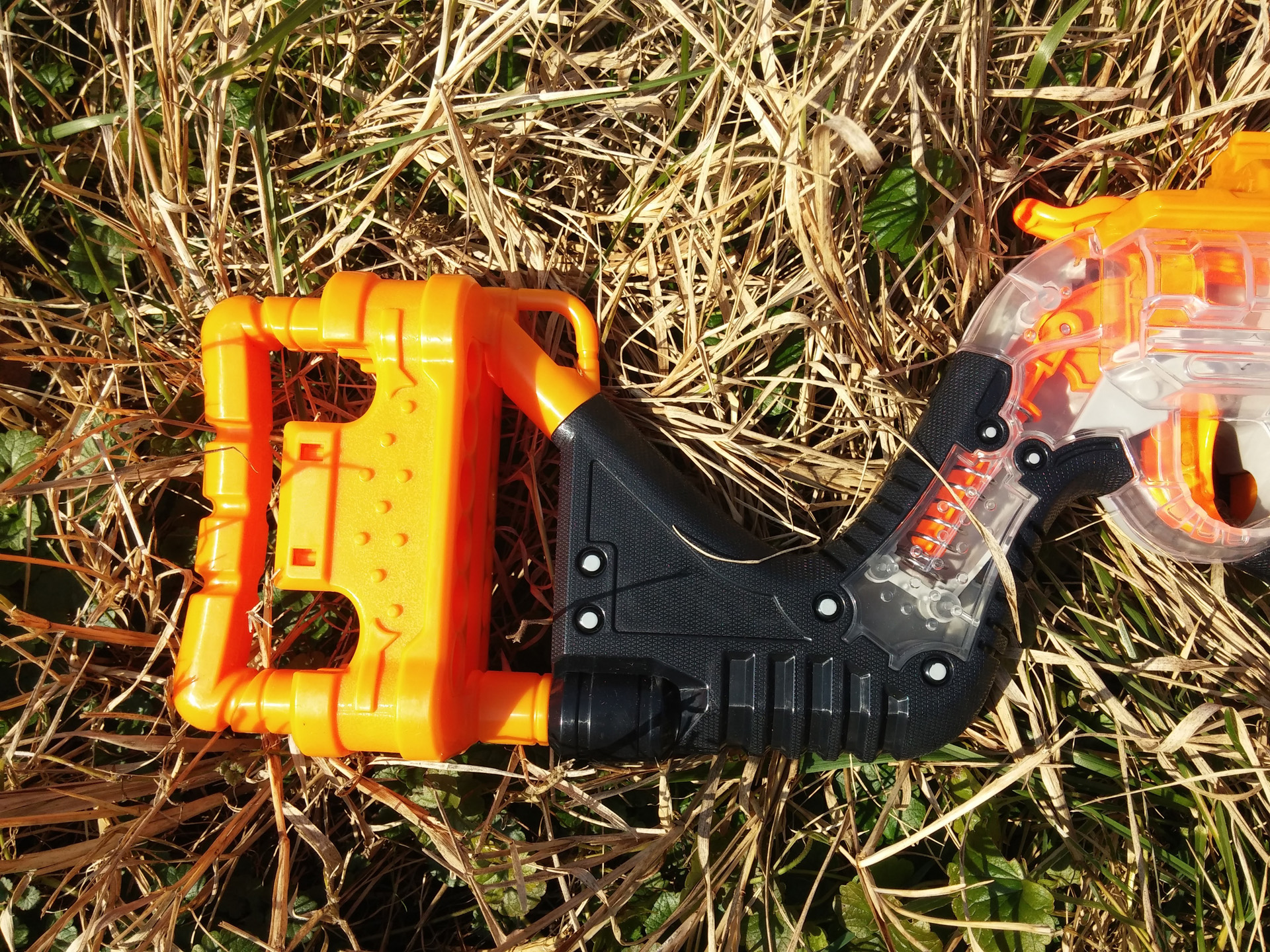 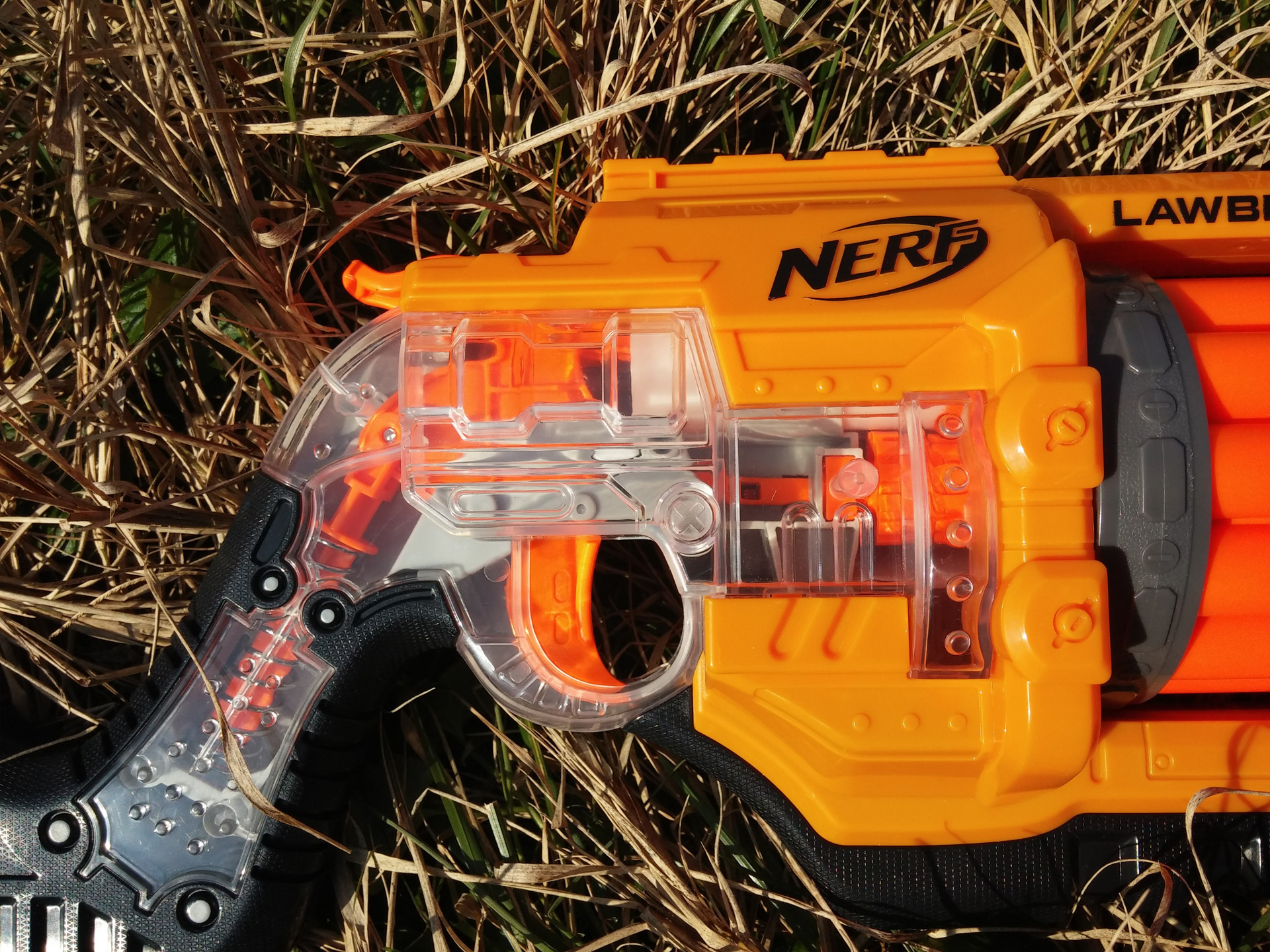 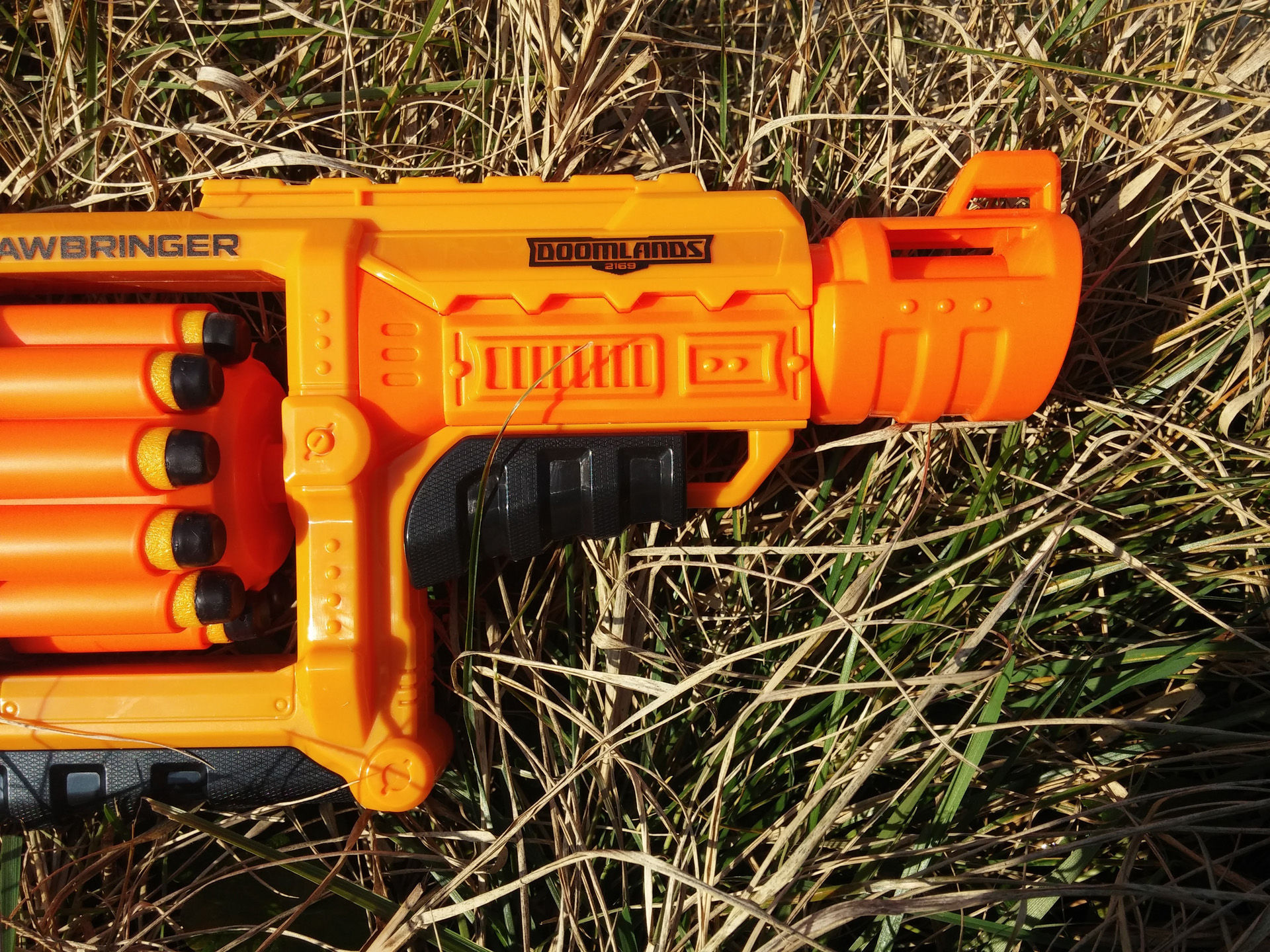 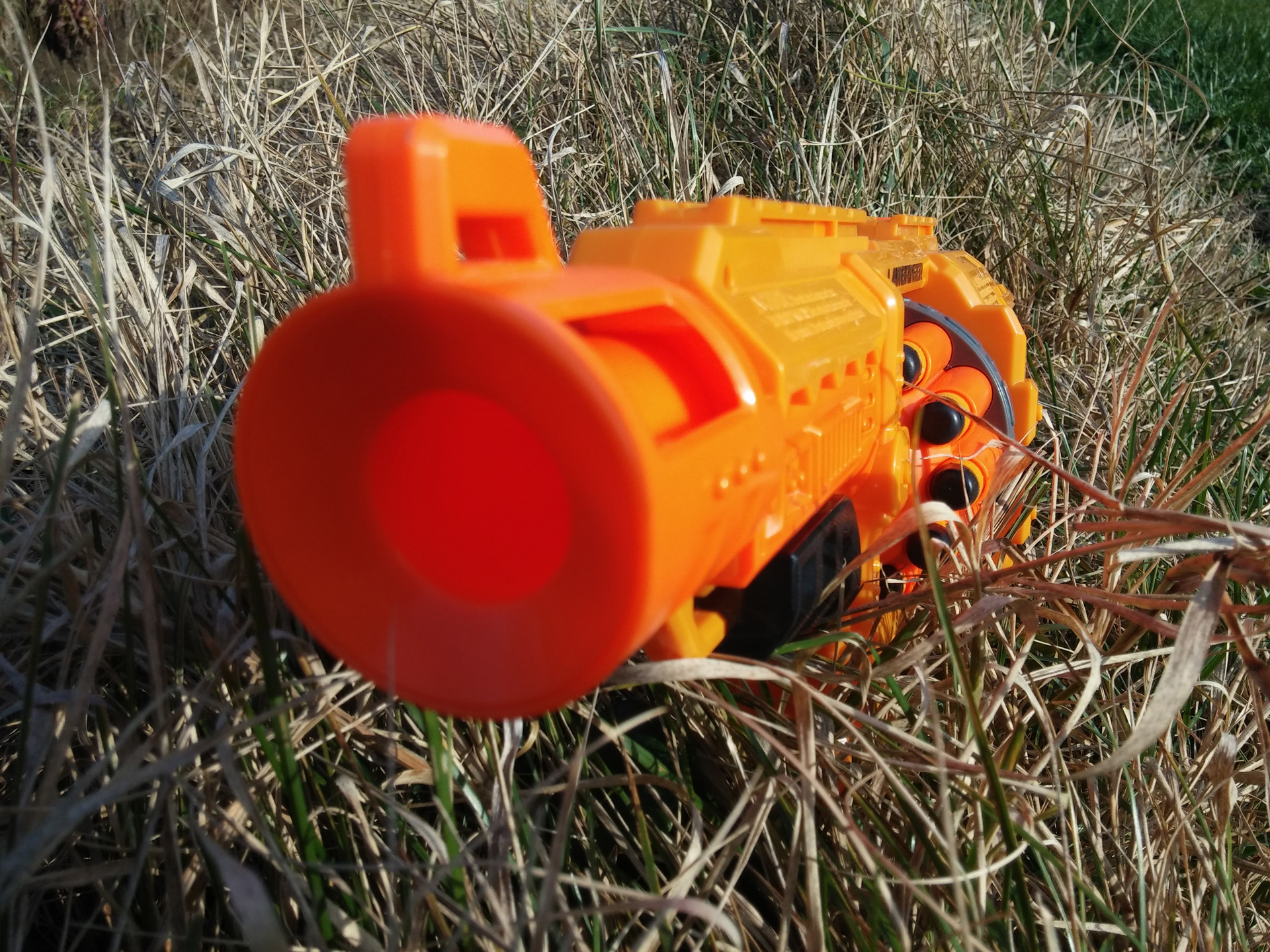 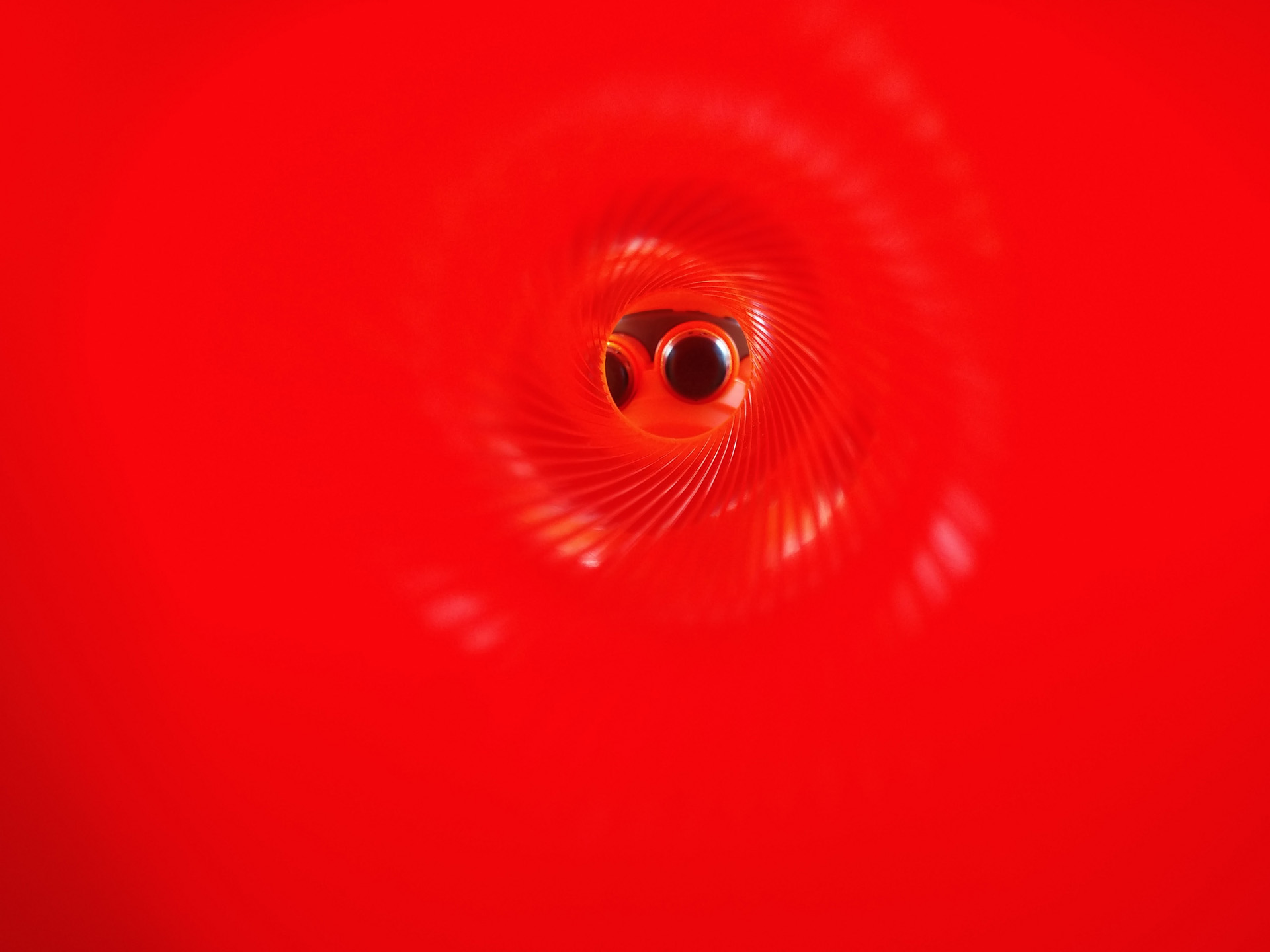 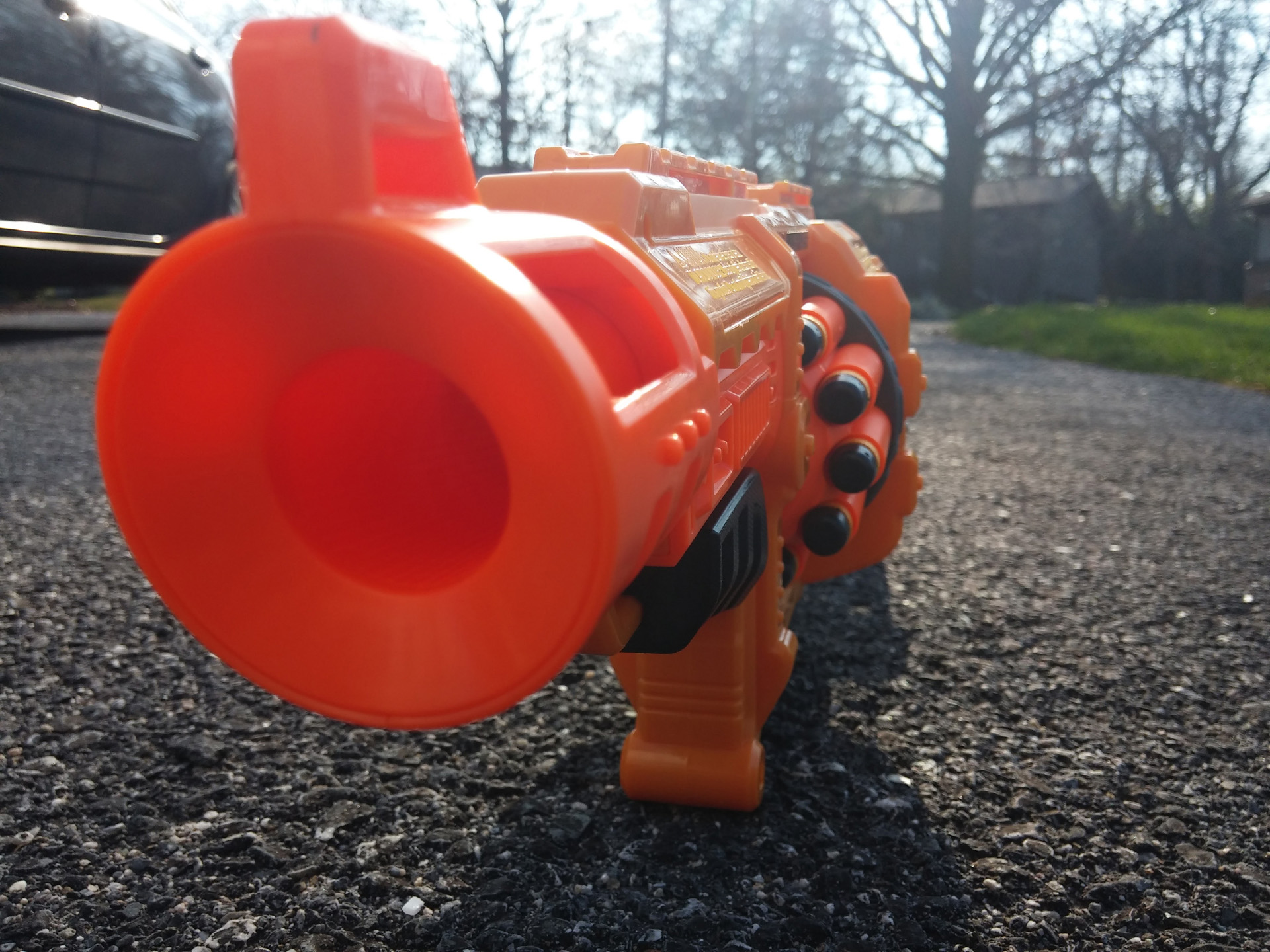 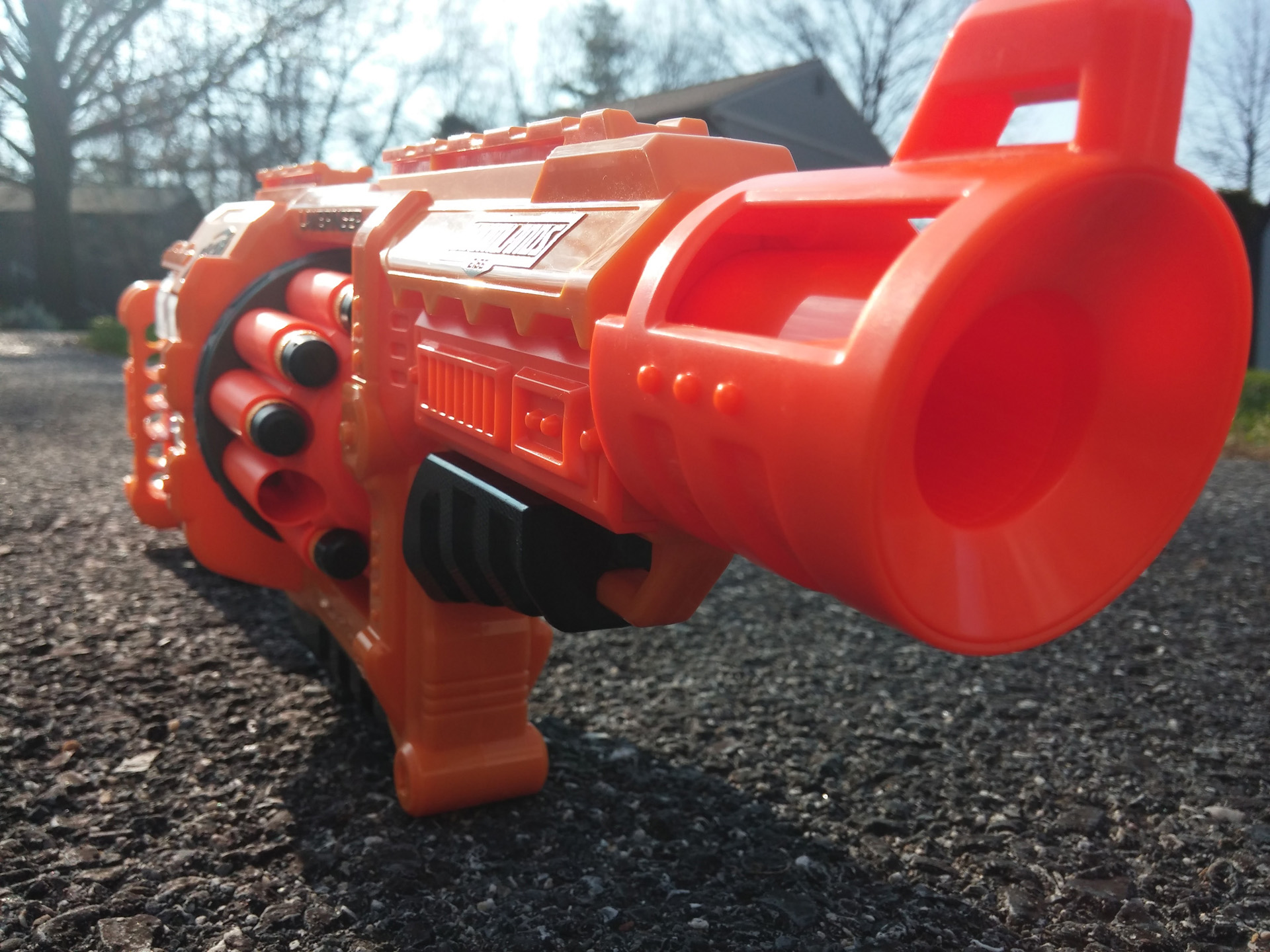 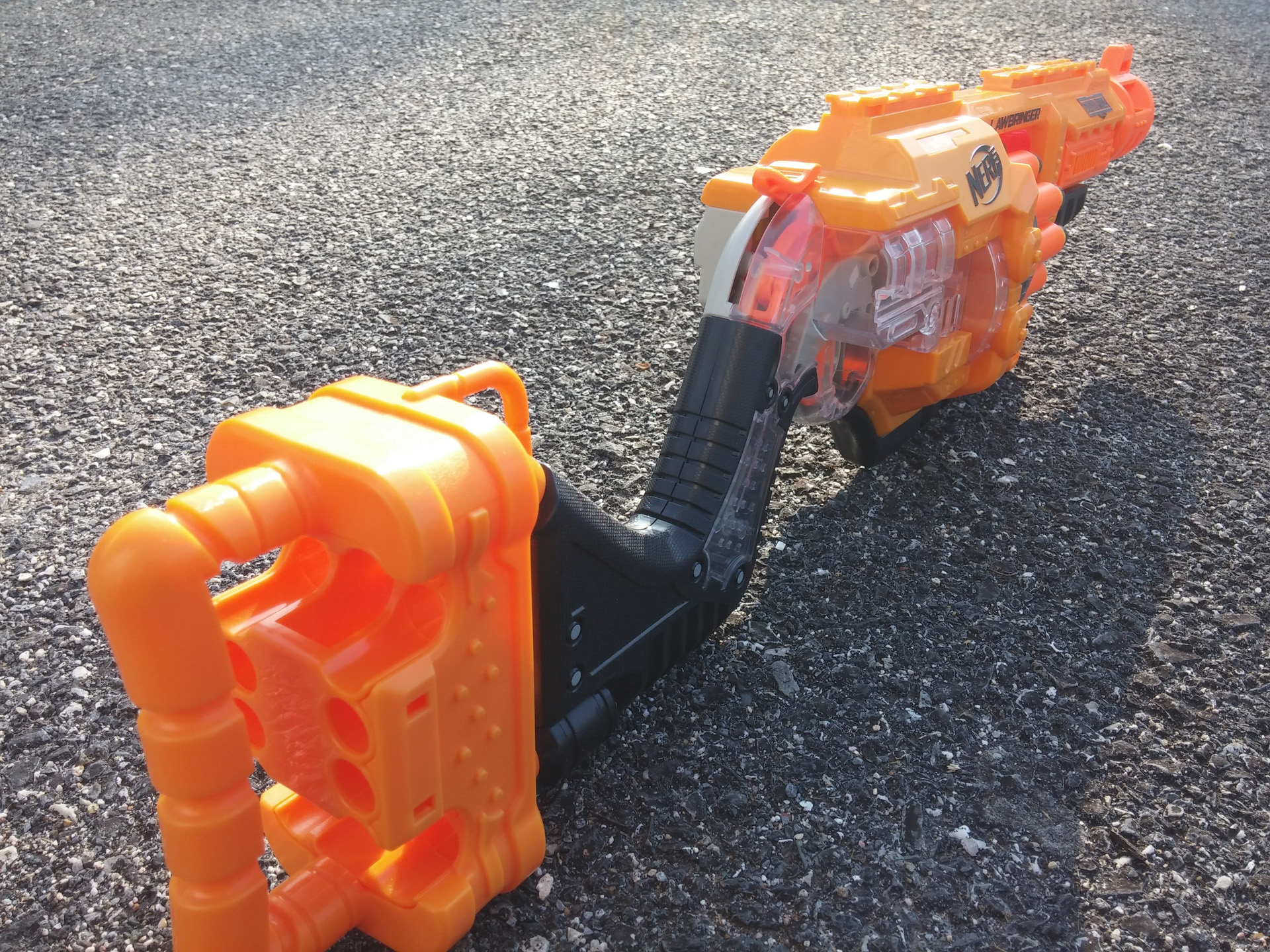 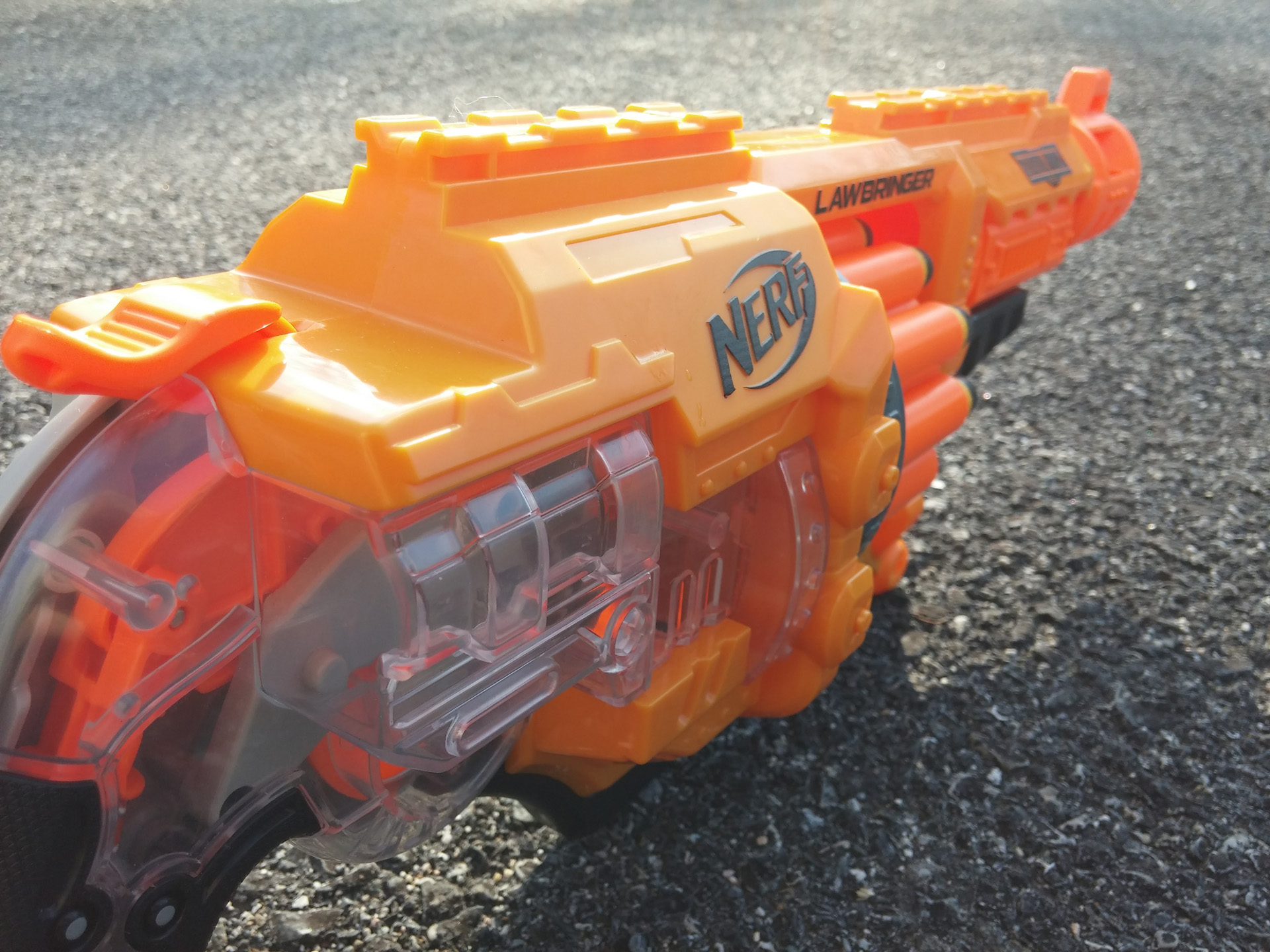 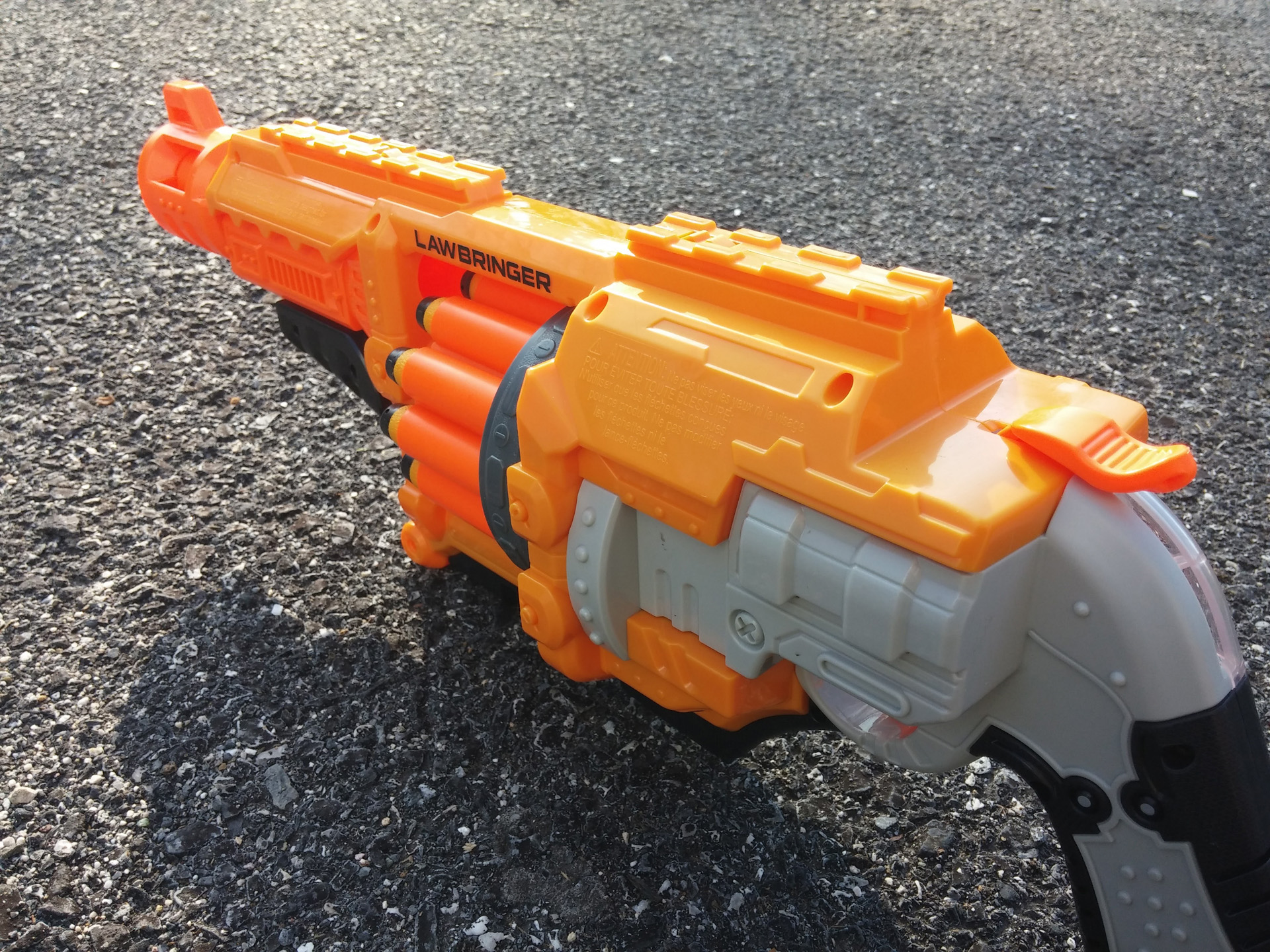 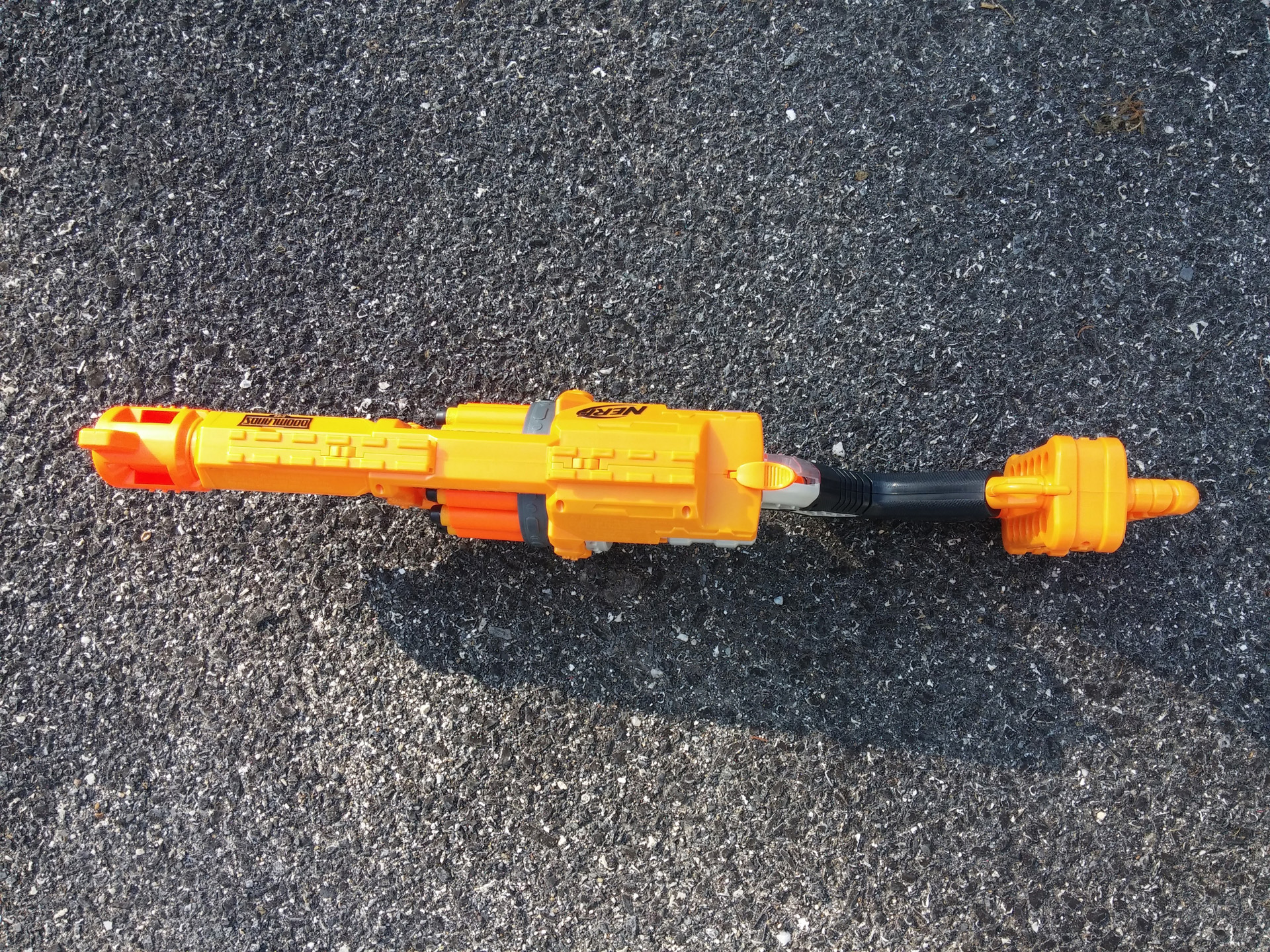 What is your take on it? Is it unique enough, practical, and worth every penny, or are you saving your money and moving on to the next one?