Although the Freezefire may not be the most powerful water blaster, it is certainly one of the cruellest Super Soakers on the market. Having the ability to hold ice cubes, makes firing water at your friends a bitter pleasure. 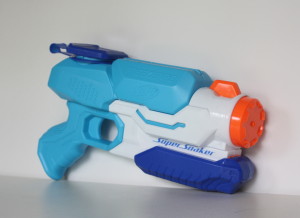 Like many of the recent super soakers, the Freezefire has a very basic blocky design with blue, white and light blue colours but a majority of the blaster is covered in light blue. Personally, I’m not that keen on the aesthetics of the newer super soaker blasters as they seem to have very little detailing. Although, I do appreciate that Nerf uses a variety of colours in their new Super Soaker line, unlike the older ones that were just white and navy blue. Generally, the blaster is quite comfortable to hold but I’ll never understand the inclusion of the fake ‘trigger’ (Picture below). Whenever I hold the Freezefire I feel like I need to pull a trigger. 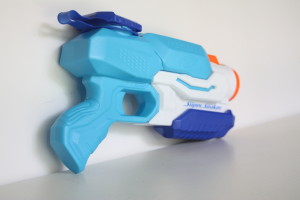 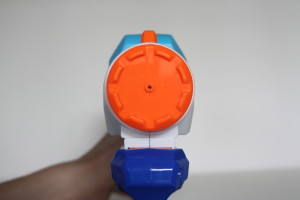 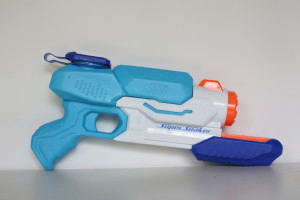 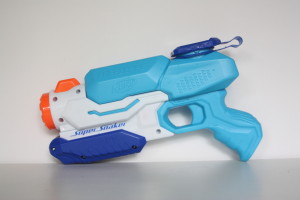 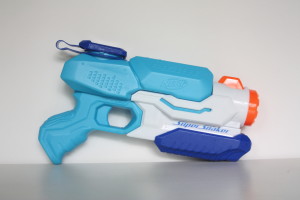 Opening the lid of the blaster can be quite difficult and slightly painful on your fingertips. Also when closing the lid you have to make sure it’s fully tight. I got fooled many times spilling water on the ground as I thought I had the lid closed

Along with holding ice, the Freezefire is able to hold 680ml (23 FL.OZ.) of water. To have a better understanding of this capacity, 680ml will give you about 38 shots, it’s not bad. The claimed range for this soaker is 11.5 metres but after giving this blaster a proper test, it usually reaches up to around 8 metres. The best distance you’ll get on this thing will be about 9 metres. Although the Freeze Fire does not achieve its advertised ranges, I still believe it’s got decent fire power, especially for its size. 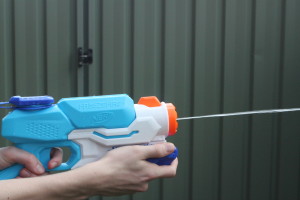 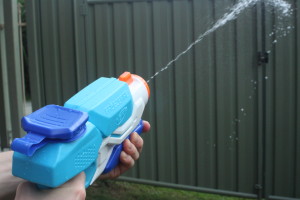 Considering the Freezefire’s size it holds a fairly good capacity and has decent performance, making this Super Soaker a solid choice for the battlefield. At $10 USD, this is certainly a good buy. Meanwhile in Australia, the Freezefire is $15 at Big W. For $15 AUD, I’d still recommend it, but if the price was any higher I’d consider paying a few more extra bucks for something a little better, such as the Barrage.