Prime Time Toys has shared with Blaster Hub exclusive details on their all-new Dart Zone Enforcer fully automatic belt-fed blaster, and it’s a beast! Encouraged by the success of their unexpectedly powerful Dart Zone Scorpion, the team at Prime Time Toys has upped their game since their original dollar store-styled models of just a few years ago. Now they’re full-on taking it to the big boys in the category, starting with the Enforcer to lead an all-new, fall ’16 line-up!

Fans of the Dart Zone Scorpion may recall the other Dart Zone model to have been released with some fan-fare, the Dart Zone Powerbolt. And while the Powerbolt didn’t set the world on fire (mainly due to the lack of a proper trigger and a cumbersome belt reloading mechanic), it absolutely looked the part, and had a build quality that rivaled more expensive brands. Encouraged by what we saw as an all-new aesthetic for Prime Time’s line of blasters, we inquired as to whether or not we could expect to see more models along these lines… and Prime Time ensured us the Powerbolt was the tip of the iceberg.

Now, as a preview of things to come for fall, 2016 and beyond, Dart Zone has shared with us the first model in this expanding product line, the wild-looking Dart Zone Enforcer full-auto belt blaster. Here are the key specs: 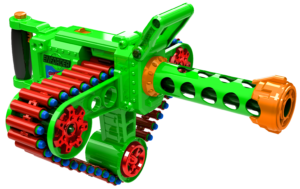 AND that’s not all… in what might be the biggest news of the day, Prime Time Toys has re-engineered their darts to make them more compatible with other major blaster brands (in essence, they have been lengthened to match Nerf Elite darts). And to help ensure proper dart function with their new blasters, both the Powerbolt and the Scorpion will be receiving a tooling modification for fall, 2016 to make them even more compatible with the longer darts (including, in theory, those from Nerf). This is perhaps the clearest indication we’ve seen to-date of Prime Time’s intent to make their blaster presence known in the toy aisle, and to provide a high-value alternative to the mainstream brands. It’s a fantastically-astute decision that will no-doubt help them gain fans among those who would otherwise only consider products from Hasbro.

Lastly, we should note that the Dart Zone Enforcer is just the beginning of what Prime Time has in store for the rest of 2016 and beyond. We’ve been told that 2016 is “a big year” for Dart Zone, and with the re-vamping of their website, re-tooling of existing blasters, modification of darts for enhanced compatibility, and a slew of new products we haven’t even heard about yet, we have no reason to doubt this will prove to be true. We’ll be sure to share news of all the new Dart Zone products as they are announced in the coming weeks. Until then, check out the all-new Dart Zone Enforcer and let us know what you think! 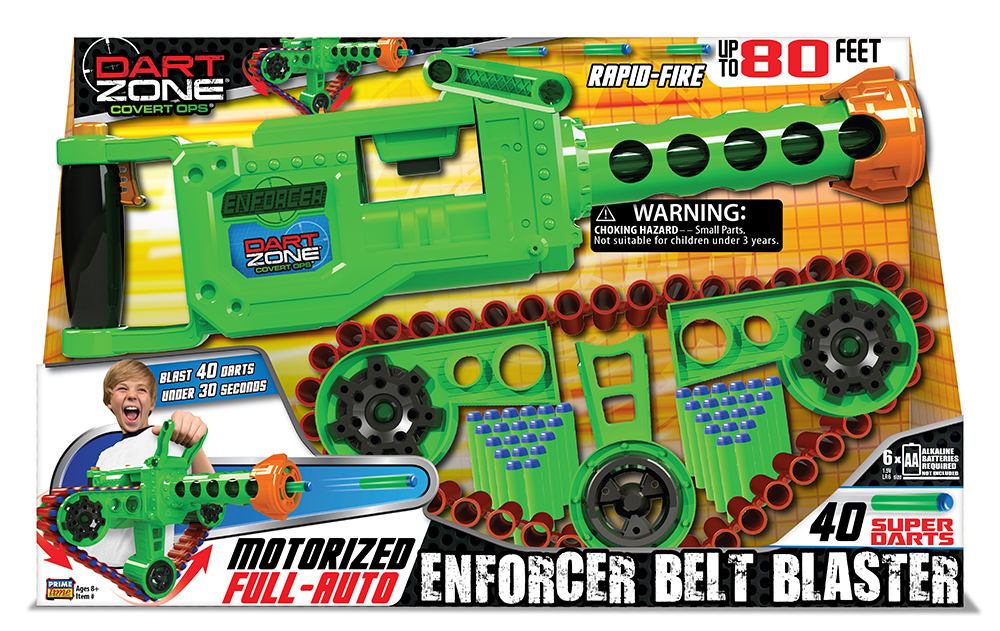