What can I say? Today was a big day for me, being able to see presentations from both Buzz Bee Toys and Hasbro. There’s lots of info to cover, although some of it may be a rehash of previous posts both here and elsewhere.

If you really don’t feel like reading, here’s a video to enjoy. I’ll put the highlights below.

Buzz Bee knocked it out of the park this year. Engineering their newest generation of darts to get as much distance as possible under the newest updates for toy safety (ASTM F963-16, for those of you who were wondering)? Check. Exciting new blasters? Check. A pump action Sentinel with an infrared-based pinpoint sight? CHECK!

A $25 flagship blaster with smooth priming, accuracy, and distance really is a game changer. It will be available at Target this summer, with most of the line coming to shelves in July.

The Rail Blaster is also great news, as it means scavenging for ammo is no longer a period of vulnerability. Just grab whatever is handy, feed it into the tubular magazine, and fire as needed.

While some people may not like the Blizzard, I was pleasantly surprised by its relative compactness. At the end of the round at a Nerf war, forty rounds is forty rounds, especially indoors.

Hasbro – In a Building of Their Own 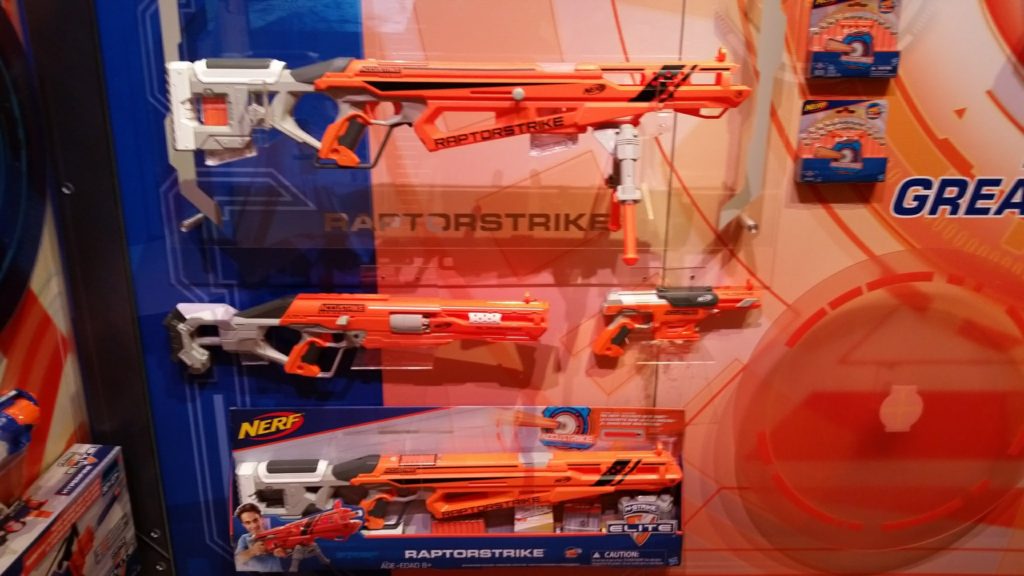 That’s not a joke – Hasbro’s presentations were all at the Times Center, not at the Javits Center. When you’re a toy company of immense proportions, you can justify hosting your own gig.

For some reason, my video file of the tour was corrupted, so I’ll have to live with pictures and text. 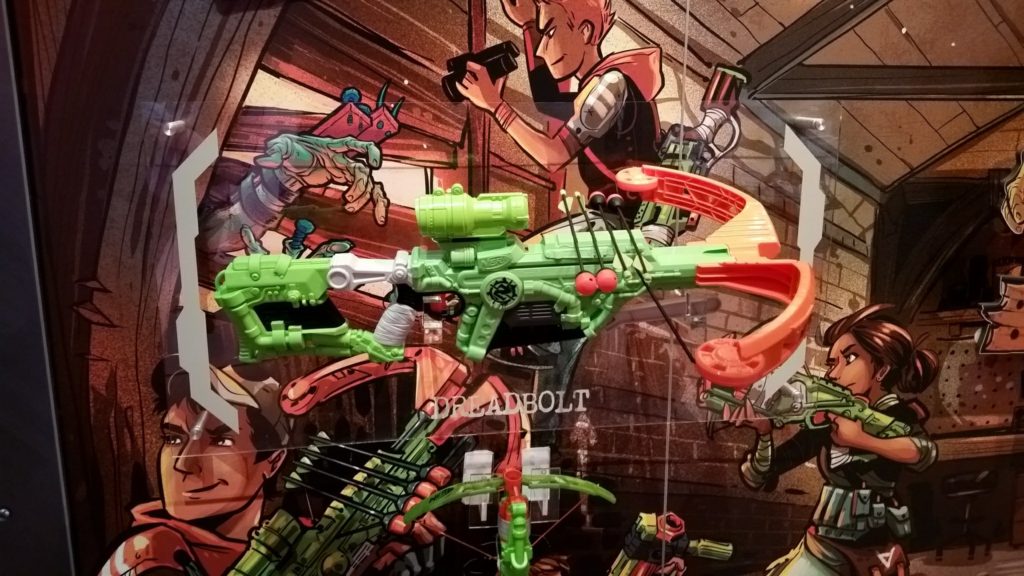 Nerf’s expanding in nearly all of their sub-lines, from Accustrike to Rival to Doomlands. Both the Doomlands blaster The Judge and Zombiestrike’s Dreadshot were large, although the former just wasn’t as impressive. For a blaster meant to fire multiple darts at once, it just seemed underpowered compared to previous blasters like the Sledgefire. Admittedly, it’s not a final product I would find in stores tomorrow. 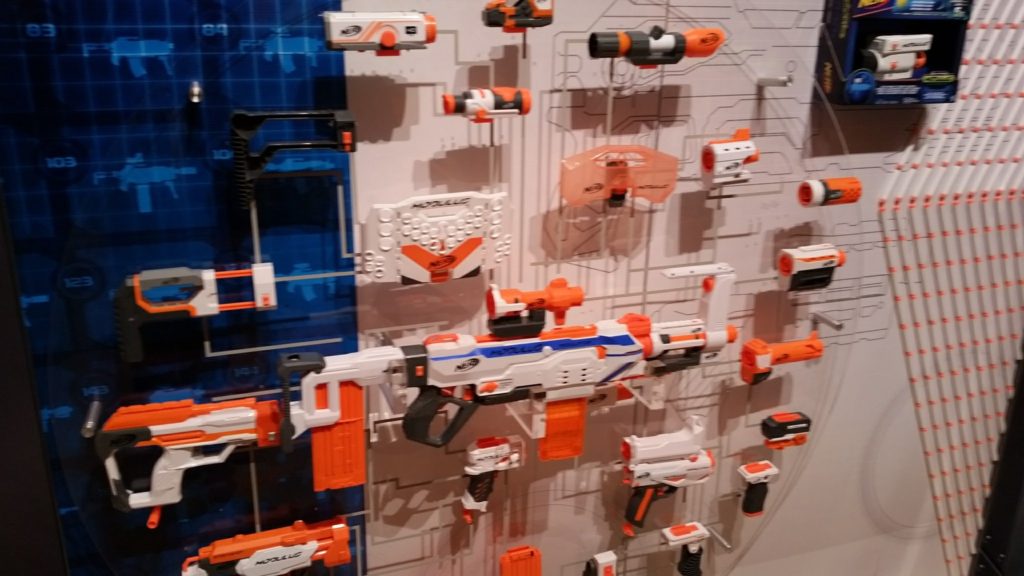 I understand that Hasbro’s presentations include a lot of prototypes, and some worked better than others. But it was clear which toys have had more development time (the former Platinum Bow that has joined the Dude Perfect lineup) or were based on existing tech (plenty of Rebelle arrow products came out before the Dreadshot arrived). Even so, it was easy to see the potential in things like the Regulator. As a modder, it may be a disappointment. But as a general Nerf fan, I recognize that burst fire modes and even more customization are a kid’s dream. Modulus is here to stay, and it’s very well done.

Mentioning things that work well, the Nemesis was so much fun to use, as well as to serve as a target for. I really wish that had been made before the Khaos, and that the Khaos used Mega clips instead of the Rival magazines.

I’m really thankful to have had the opportunity to attend Toy Fair. It really was a dream come true, being able to see all the new blasters coming out. I got to meet several people involved in both sales and development. And it was nice seeing some fellow Nerfers on the premises as well.

Tomorrow I’ll sum things up with a “Best and Worst” post. Stay tuned!