Today, we continue our reporting, starting with comments from a short conversation with Reed McIntyre, VP Sales at Buzz Bee Toys. Forgive my paraphrasing, but I’ll try to get everything as accurate as possible. Then we’ll cover several more items of interest, and wait for large info dumps from Hasbro and Buzz Bee tomorrow. 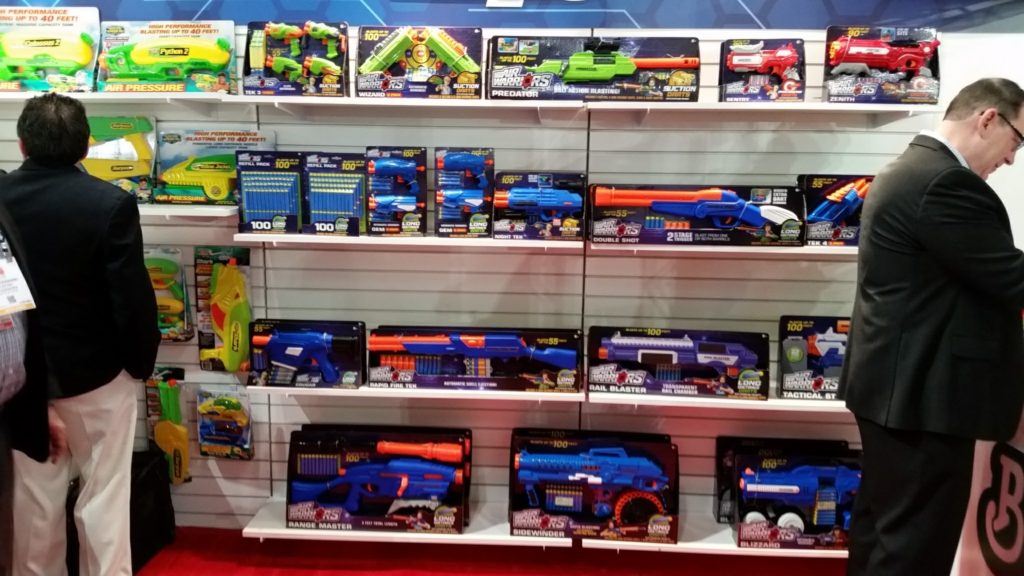 Buzz Bee, After the Buyout

A big thanks to Reed McIntyre for somehow managing to answer all my questions without me even having to ask most of them!

Zuru Toys and the XShot Update 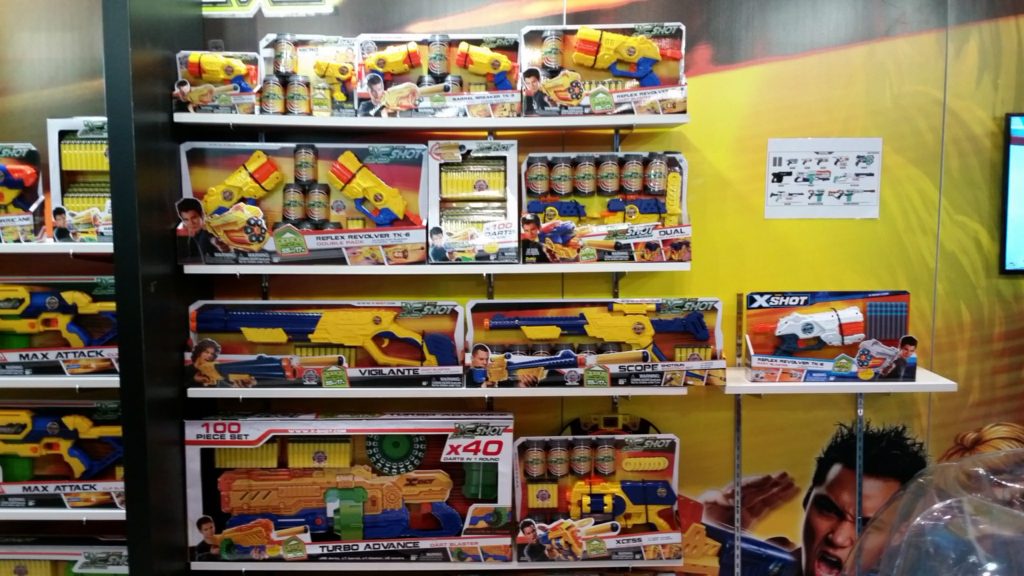 Zuru’s products have done incredibly well, not just in home territory (New Zealand/Australia) but in Great Britain as well, shipping millions of blasters last year. Their fully automated factory in China has allowed drastic price reductions for the end consumer. In addition, they’ve been adding to their lineup, preparing new paint schemes (see the white revolver), and active in the blaster community, serving as sponsors for Nation v Zombies both last year and this year. 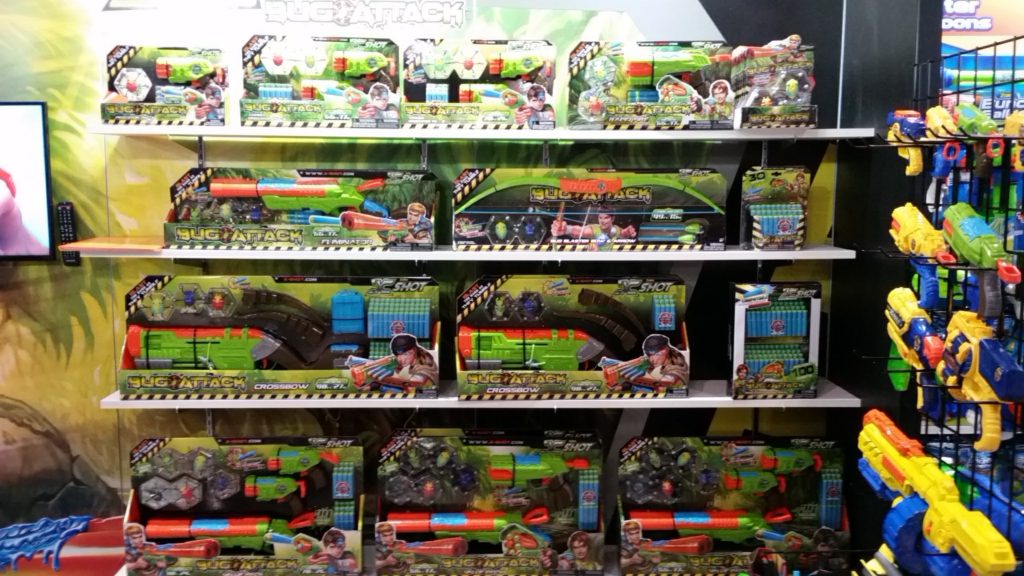 Speaking of HvZ, they have a new blaster in the works that fires forty darts, all from a single revolving chamber. The darts sit in two concentric circles of 20 each, and a lever on the side picks which ring of darts to fire from. Conceivably a human player could always be reloading on the fly without being too vulnerable, since you can reload one ring while firing from the other.

The Bug Attack line has expanded with their own magazine-fed crossbow. From my time using it, everything about it felt smooth, and the darts had quite a bit of velocity on them. 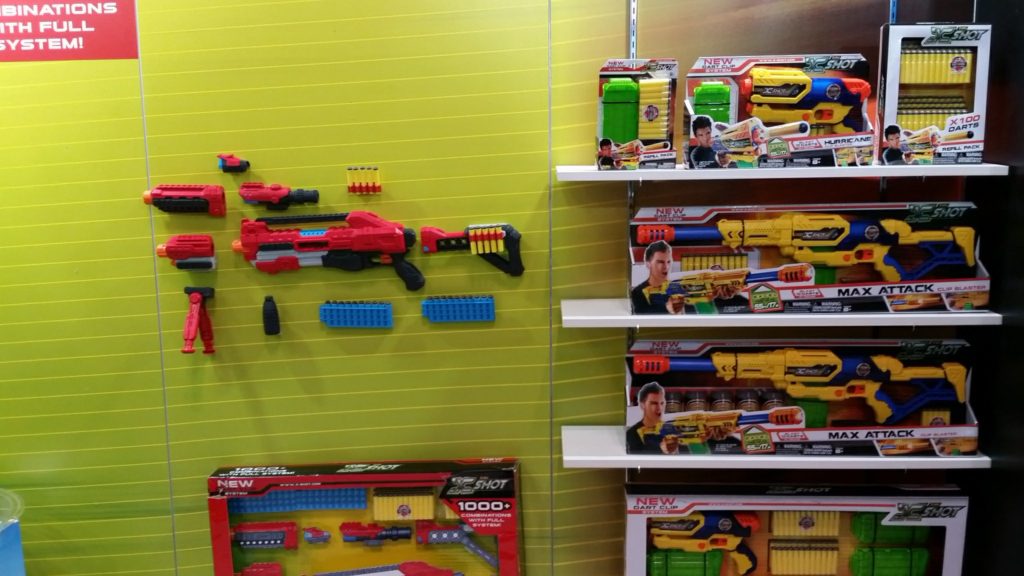 The factory advantage really comes into play with Zuru’s entry into the modular blaster market. Retailing for $20, they’re looking to do what Nerf does, but even better.

Note that their magazine-fed blasters have all been retooled to allow the use of competitors’ darts. This was a major gripe with the initial versions of the Max Attack and Hurricane.

Diggin Active, Inc. has several products on shelves, especially at ToysRUs. They include Dodgetag, Micro Missile, and Slimeball. As an extension of the last line, we’re going to see an air-powered Slimeball Launcher, estimated to sell for $25. And from personal testing, it looks to be at least the next Extreme Blastzooka, if not Big Blast, for the NIC.

The prototype on hand had the trigger and pump handle as one. After pumping a few times, you had to push the pump all the way forward before pulling the trigger actually fired the blaster. If it can launch slime balls 50′, just think what it could do with darts!

Currently, based on what was on hand, I’m speculating that it’s a piston-valve tank. A metal rod within the body of the pump moves forward a bit when you depress the trigger, indicating that it depresses a blast button of some kind.

I have more questions to ask. Stay tuned!