We’re going to have a LONG post, covering lots of info, In fact it may be multiple posts, as there are press releases, pictures, a couple videos to upload eventually, etc. But there are TONS of new things to explore. Buzz Bee Toys, Zuru, oddities from China, a few hidden gems, and lots more. Hold on!

There is a lot of info to unpack here, and lots more that I may not see until their blaster event on Monday. To that end, we’ll show pictures of printed paper! Sue me for not trying to take a scanner on the airplane 😛

Not many new blasters to see, but you can tell there are new darts and paint schemes. Buzz Bee Toys’ market research found a three-way split in consumers wanting accuracy, distance, and suction. Instead of attempting a perfect dart, they’ve split the difference and released three kinds of ammo, with blasters color coded to indicate the line. The green come with suction darts, blue with long distance darts (a more conical dart tip), and red with the new PrecisePro darts (which sacrifice a bit of range for accuracy). In addition to the new darts, all packaging range claims have been updated. Whether this reflects just the darts, internal blaster changes, or testing methods remains to be seen.

The display packaging is relatively plain, although I like that. With the improved range claims and open boxes, Buzz Bee seems to be letting the products speak for themselves. 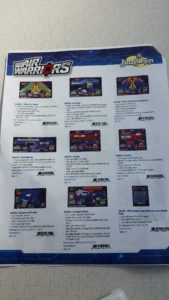 Here we begin to see the new blasters, not all of which were in working condition or on display when I reached the booth.

The Blizzard is the love child of the Sidewinder and the Boomco Colossal Blitz, resulting in a manual-pump blaster firing 40 rounds from alternating drums. While I personally doubt I would use it, its mere existence suggests the Sidewinder has sold very well.

The Rail Blaster is a six shot, rear loading blaster. It uses an internal, tubular magazine, not unlike a real firearm, If you’re the type to scavenge ammo off the ground for your blaster, this one is for you. It will have a tactical rail on top.

The PrecisePro blasters themselves are just apparent reshells of the Night Tek and Air Max Baron. Fact for the former, and speculation for the latter, I might add.

Finally, the Tactical Storm is a magazine-fed, somewhat modular blaster. It would be the obvious choice for pump action conversion for modders out there. 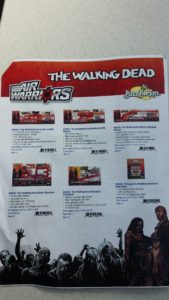 The last page shows off the Walking Dead blaster line, which turned out to be a major sales boost for Buzz Bee this year. The newest blaster is a magazine-fed crossbow. In terms of operation, in appears to still use Champion or Tactical Storm type internals. Plunger is there, breech is there. There’s just a string attached to the plunger rod.

Other toys seen elsewhere, like the Infrared Scope blaster spotted at the Nuremburg Toy Fair, were not on display. That and other prototypes are expected to be seen on Monday.

In addition, no new water blasters were on display. Only last year’s models were on the wall. We know from Trademark searches that there are new ones in the works, however. It seems we will have to be patient. 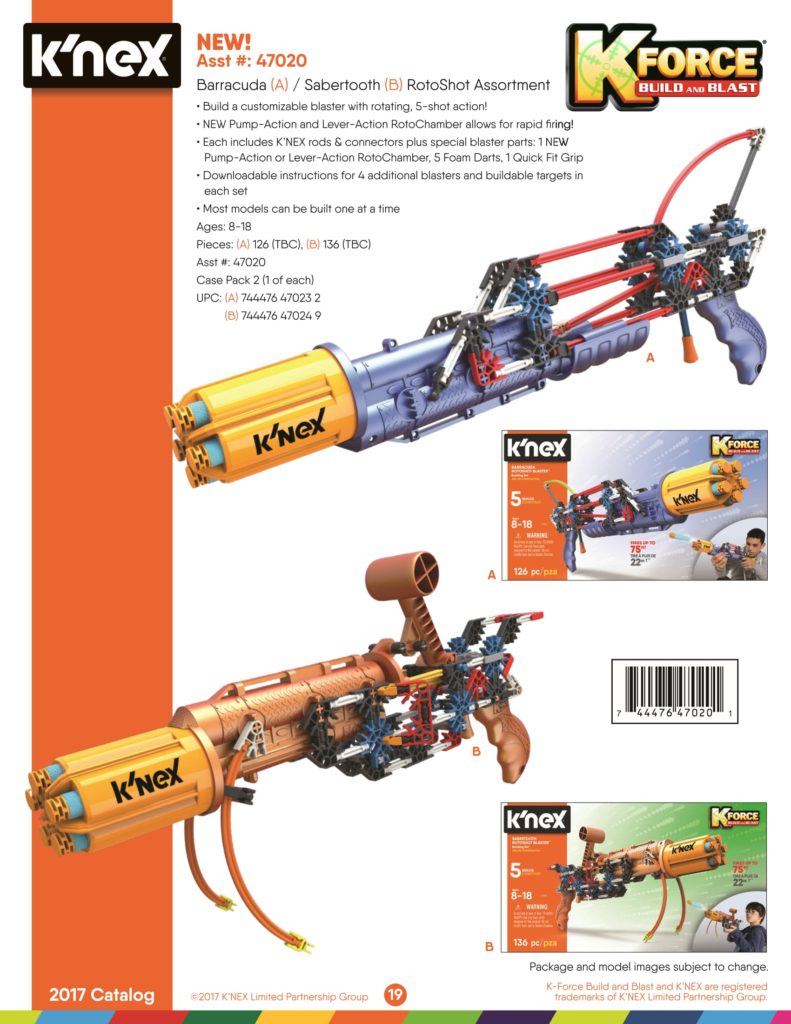 Although K-Force has disappeared of shelves as of late, it’s far from dead. In fact, sales have been good enough to allow the designers to experiment on the next two models. Both still use the five shot revolver mechanism. The Barracuda moves the blaster portion far enough forward to allow pump-action blasting. The Sabertooth, meanwhile, is a triggerless design that actually gets primed with a lever, then fires when the level returns forward. In my hands, the latter blaster felt a but less sturdy than other designs while I primed it. Meanwhile, the pump could have been placed around the plunger assembly. Even so, it’s a step in the right direction.

I have several more pictures to upload, and not much of a connection to do it on. I also have to find time to sleep. There will be more soon!