The second generation of KForce blasters included motorized and multishot blasters. Two models of the Rotoshot (with a five dart revolving chamber) can be found for $40, each including over 200 pieces in addition to the main blaster unit. Do they perform, and are they worth it? Quite simply, it depends on your enthusiasm for building. 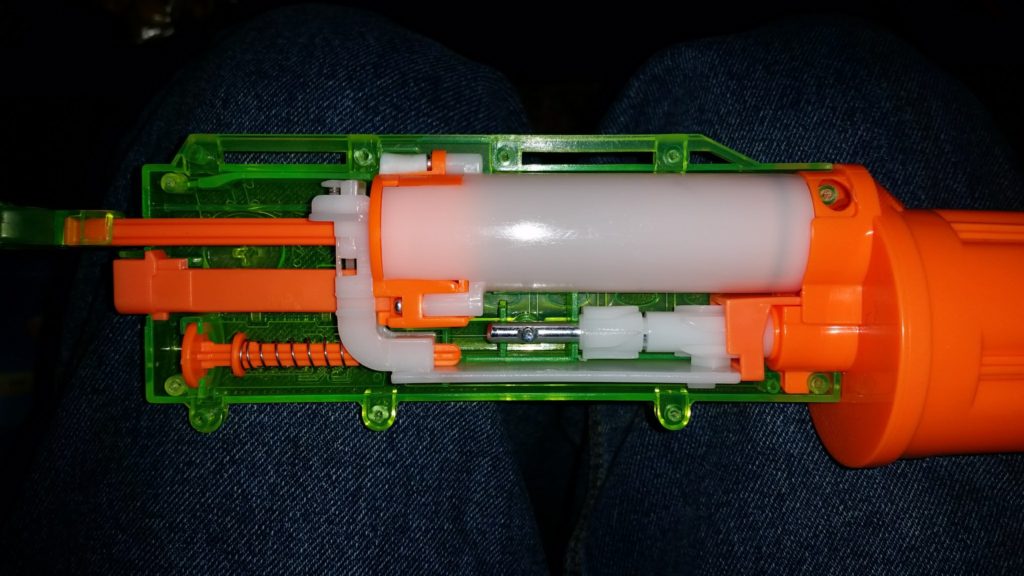 The part of the blaster you don’t make yourself is very well built. The spring within is comparable to a Maverick in terms of power – short but stiff. The revolver turns on the prime, with the rotation mech resetting about 3/4 of the way into the priming motion. The entire unit, revolver included, unscrews, and the air restriction valves can be dropped out if you so desire. However, unless you’re adding barrel length, there’s no real benefit there.

An o-ring seals against the dart chamber, and does so very well. The unit is triggered by the orange piece in the rear, which lifts the sear when it moves. This orange piece is what has to be pressed by the trigger when you’ve made the blaster body.

All said and done, this unit easily fires darts 75′ using angled ranges, with my chronograph reading 71 fps with the included darts. So far, so good! 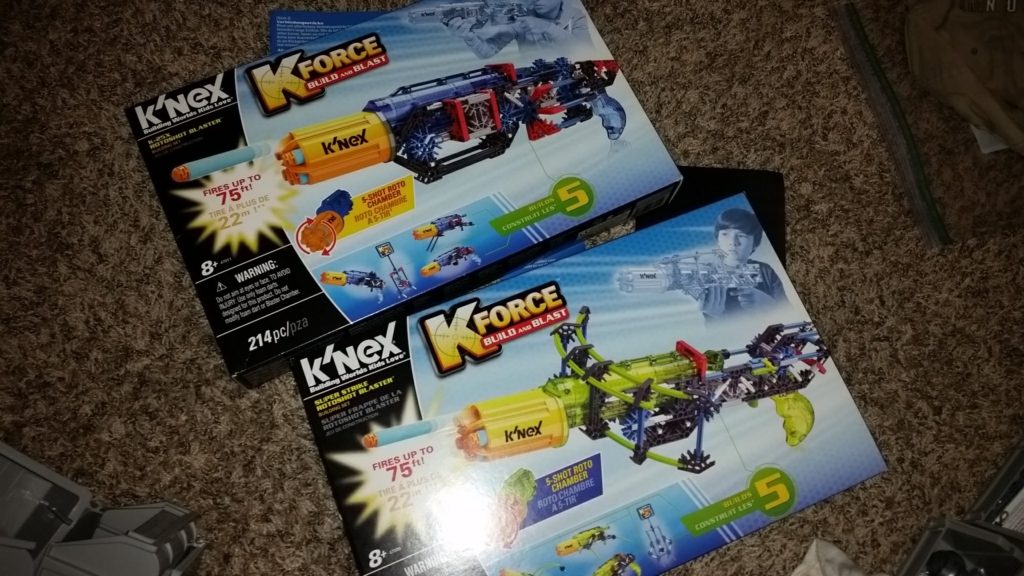 Surprisingly, the box volume is FAR bigger than necessary for the parts included. This is probably more a reflection of the size of the end product. Big box is supposed to make you think bigger blaster and all that. Nevertheless, Knex gets a Black Hole award for taking up so much space. 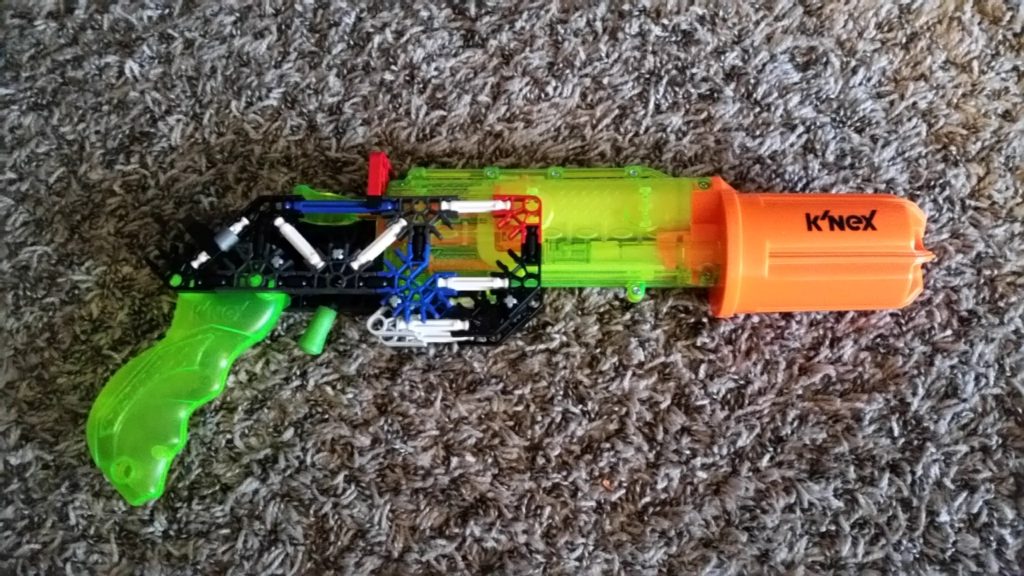 After the fact, however, I just didn’t like the size of the blaster, considering it only had five shots. So I tore the whole thing apart, and then built an alternate model in five minutes. It just felt better having a smaller blaster. Either option felt sturdy, by the way, and they held up great at an indoor war with no durability problems making an appearance.

In addition, having smaller blasters simply means more pieces are available for building the targets, or whatever else I can imagine!

Knex “Manta Rays” should be a thing, right?

The blaster is sturdy and fires well; I wouldn’t be afraid to use this in a fast-paced war, or even at an HvZ game. Knex proved far more durable than I ever expected for blaster applications. The only issue is the price. $40 for a five shot revolver is steep for someone only interested in blasters. If you’re willing to treat it as a two-part gift ($20 building set and $20 blaster), then by all means grab one.