Rumors of K-Force’s demise have been greatly exaggerated, it seems. As seen at Toy Fair, sales for the line were good enough to warrant not only a new lineup, but some experimentation as well. Therefore, the two new revolvers each have a unique priming and firing mechanism. The Barracuda features pump-action priming. Meanwhile, the Sabertooth features lever-action priming that fires on the return. They may not be your cup of tea, but they’ve made interesting additions to my arsenal. 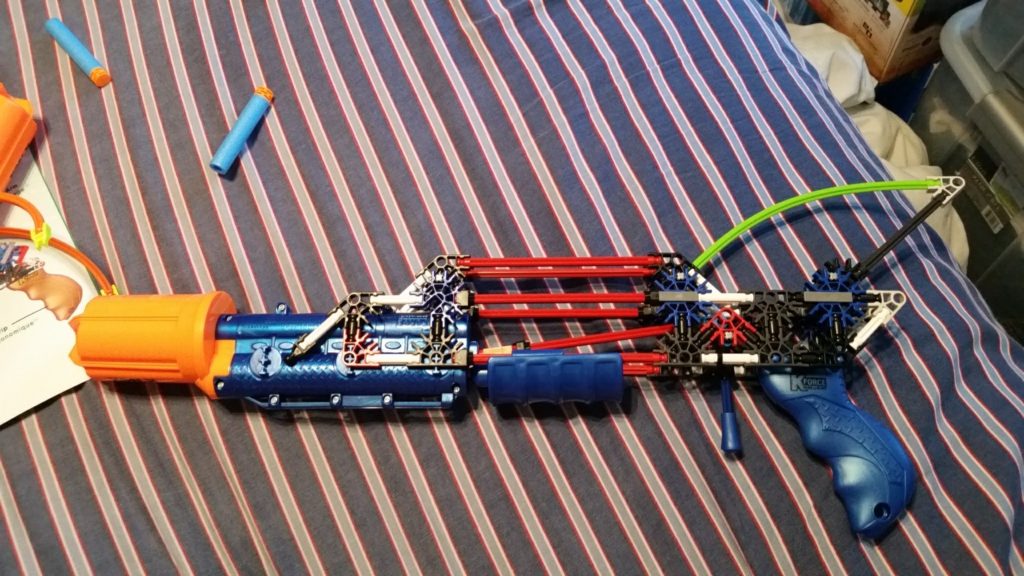 As an accomplished construction artist, the blasters each took me less than fifteen minutes to assemble. The end results are the same as the last round of revolvers, with five shots available for targets down range. And my thoughts are largely the same: at $40, they’re pricey just as blasters, but they are excellent from the plastic construction toy point of view. In addition, the amount of customization is as endless as your imagination. 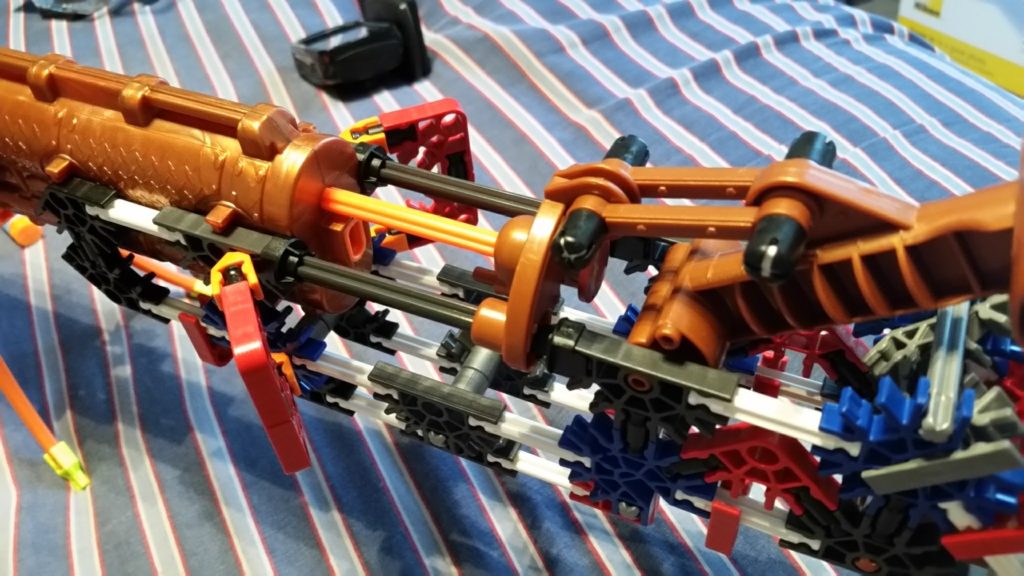 The newest improvements to the line are sliding pieces that are placed over the plunger rod prior to the attachment of the end cap. This allows pump, slide, and lever action methods of priming, making for much faster rate of fire than the previous pullback pistols.

In the Barracuda, the pump grip sits farther back than I’d like. The slide grip functions best as a slide, in my opinion. Alternate instructions have such a model. It allows some semblance of compactness that you’d expect in a pistol.

The Sabertooth, on the other hand, has no trigger whatsoever. The sliding plate has a forward-facing tab that releases the catch when you return the priming lever forward. It’s awkward at first, but is surprisingly fun to use.

Why am I making a verdict section, anyway? My opinion is basically the same as last time. I just felt that since there were updated products, that there should at least be a review of them. Your mileage will vary depending on how much you enjoy putting these together.