Long Arms of the Law 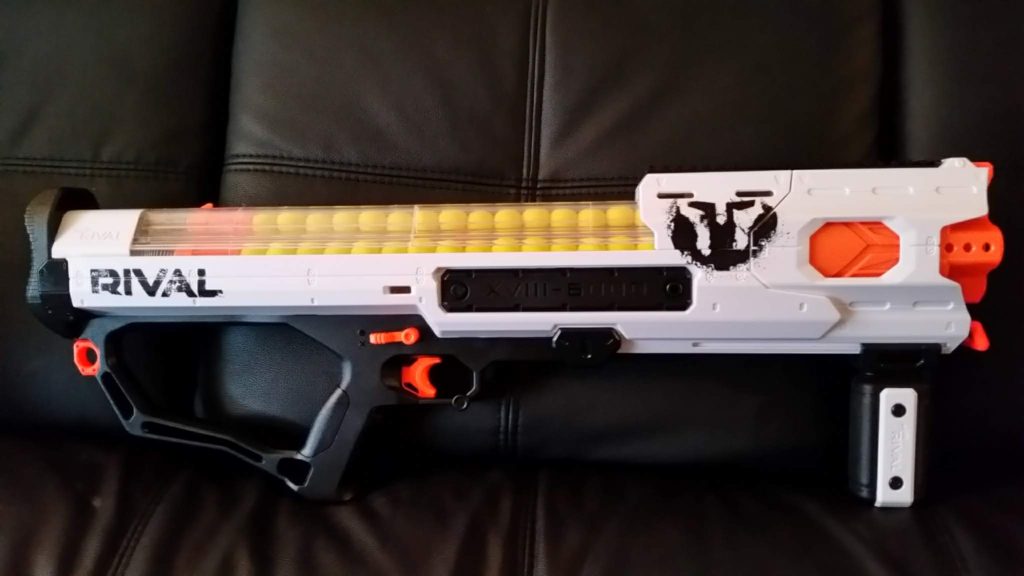 At 28″ long, the Hades is quite large for everyday use. It is not a blaster built for quick movement and firing, like its younger sister. With my (smaller) adult frame, I found myself having to hold the Hades at an angle to the rest of my body in order for my arms to comfortably reach the priming handle. On the one hand, I now have a smaller profile for people aiming at me. On the other…this blaster will not be friendly for smaller users. You have been warned.

Aside from the length issues, the Hades is ergonomically sound. The priming motion itself is comfortable, the butt stock fits against the shoulder, and the plastic is solid and feels great. 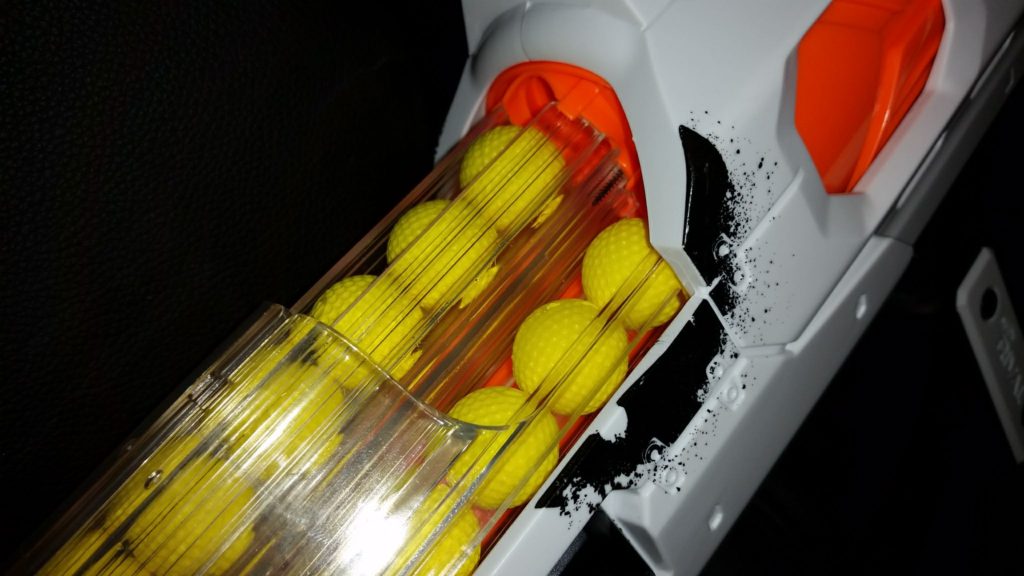 Feeding the Hades are three 20-round magazines, stacked together. You slide the top handle back to retract the springs, insert Rival rounds, then slide forward again. If you’ve used an Artemis, it’s exactly the same, but longer.

That seems to be a theme here. “Same, but longer.” In this case, it’s certainly not a bad thing!

An Upgrade on the Original 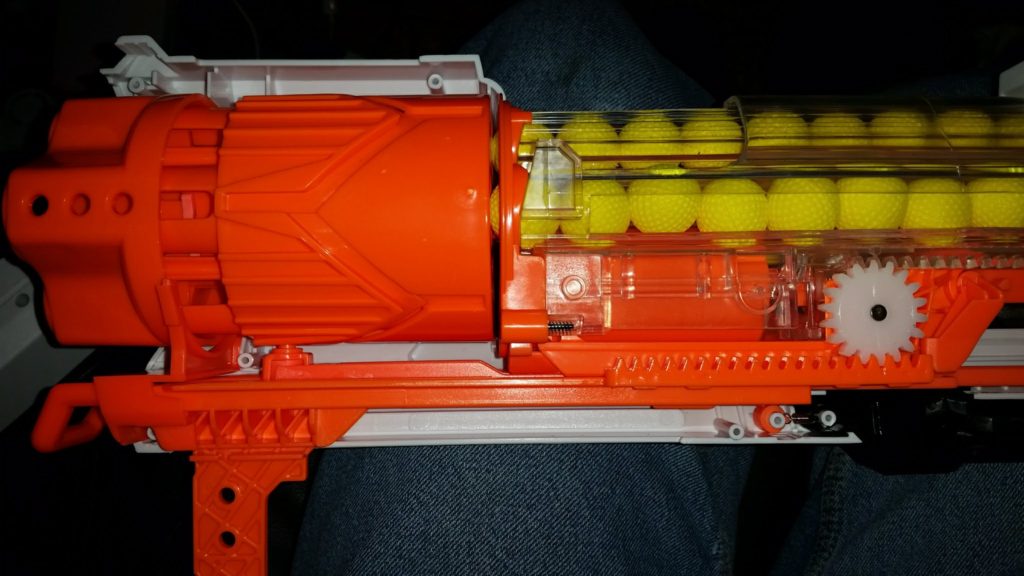 Internally, the Hades is almost exactly what you’d expect. A large revolving cylinder picks up rounds from the three magazines, putting them in front of the plunger tube underneath. Meanwhile, a relatively short but wide plunger is primed with a gear and sled system, allowing for decently large spring loads. In my case, I had the blaster apart and back together in under twenty minutes, adding half a spring from an old Xploderz gel ball blaster. That raised the average fps in my case from 99fps to 121fps.

A note: there are plates on either side of the blaster that hide an extra screw each! If you want to fully separate the shell for modding, painting, etc, you have to make sure to remove the black plates (saying XVIII-6000) to access the last screws. 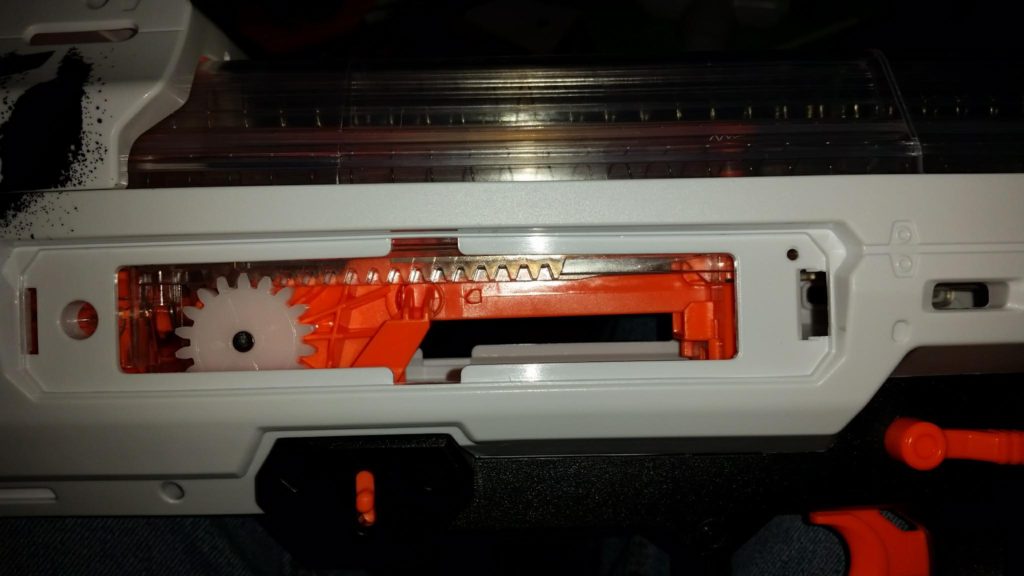 As stated above, the Hades I bought got an average of 99fps, well within the expected velocities of Rival blasters. It also features slam-fire, letting you fire balls as fast as you can move the priming handle back and forth. Longer arms will have an easier time with this, but I could easily do three shots each second.

The Hades will excel in indoor and HvZ type games, like most Rival blasters. However, the size of the blaster will make for a change in gameplay – you’re more likely to stay back a bit and take advantage of the increased capacity. Blasters like this simply aren’t good for clearing corners quickly, after all.

The Nerf Rival Hades is a very solid entry into the lineup. It performs as expected, and the increased capacity makes for that much more endurance. Just be aware that this is clearly designed for larger (read: more grown up) individuals.