I’ll be updating this post as the day goes on. Pictures from booths, actual tour of Zing and Far Out Toys (Drone Slayer), and more. Stay tuned!

Update One: Marshmallows and Soakers

As usual, Marshmallow Fun Company has plenty of items on display, both for firing marshmallows and large ammo (fake snowballs, large foam balls, tennis balls for the puppers).

Interestingly, they have two different products coming out that are a bit out of the wheelhouse, but look just as fun – an actual bow, and a disc launching blowpipe.

The Jumbow, with the prototype on display, will fire arrows with squishy heads, with decent ranges to boot. The quiver mounts on either side of the bow (for left and right handed users).

The disc launcher fires small, spinning plastic discs, with ranges of up to 40′. Ammo will be available separately!

Meanwhile, I got to see the One Second Soakers on display – both small and large capacity blasters were on display. This product got its start with an Indiegogo campaign, and is now looking to expand on a large scale. While the loading mechanism is interesting (pull trigger, dunk in water), it may find still competition from the Zuru Fast Fill that’s on shelves for $10 already (albeit with a smaller capacity).

Update Two: Paper Wads and Such 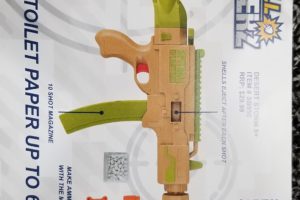 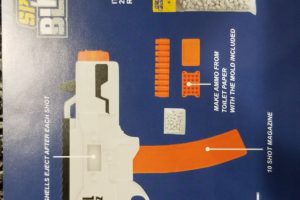 The Paper Shooters booth wasn’t particularly inspiring compared to two years ago. Paper was shooters, with a few exceptions, have largely passed by. But we still have a few items out there, in this case, all involving magazines with wad-holding shells.

In addition, there weren’t any truly new items at the Nxt Generation (foam dart crossbows, etc) and Marky Sparky (Faux Bow) booths. When you have an item that works and sells, sometimes you dont have to do something new every year! Just fill your niche. 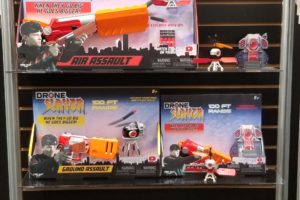 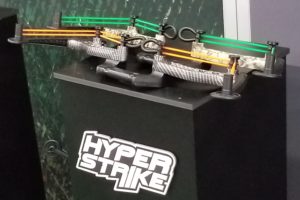 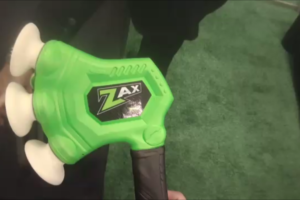 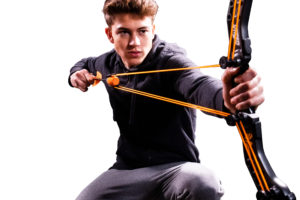 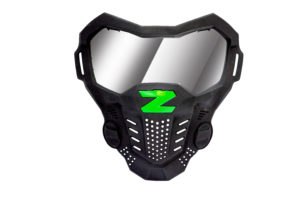 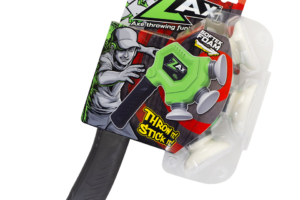 Far Out Toys had interesting offerings. Three blasters, each with a different drone type (stationary, walking, flying). All claiming 100ft ranges on the blasters, with exploding drone targets that work! Interestingly, the booth packages had Buzz Bee Precise Pro darts in them – this is just for display, and they’re going to have their own darts on release this fall.

As for Zing, they’re releasing the Hyperstrike Bow, with 250′ ranges. Firing one of these was as pleasant as ever, and it was easy to target the Zing sign hanging way overhead and hit it. Zing also had foam axes (with foam suction cups) that work best with a light toss, but are soft enough to not really hurt. I expect these to be a hilarious edition to wars (video later). They also had spears, but they seemed far more awkward to throw. They’re miniature, after all.

There’s a small group of exciting products coming out of Zuru, but I will leave that alone for now – when items are within a completely sealed off booth, there’s a reason. However, given the Xshot line’s propensity for offering high performance at a low cost, fans will be happy come this fall. 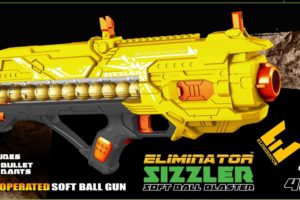 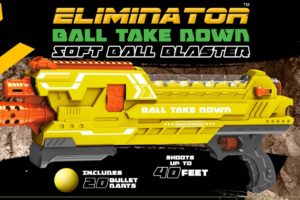 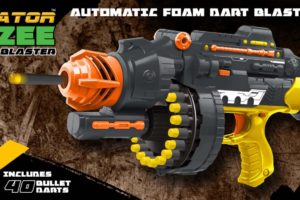 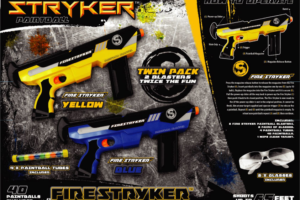 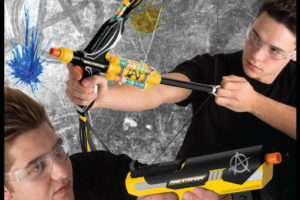 This company was back in the Hong Kong Toys section. They were present two years ago when I last attended Toy Fair, with some of the same offerings. However, they now have some .50 cal paintball blasters that actually use triggers to fire. They’re also offering their branded Blaze Storm blasters, in both darts and balls. No idea if they’ll be able to find a buyer here in the US, however.