The final day was full of fun, competitive Nerfing at Georgia Southern’s athletic fields. 16 teams went into the Foam Pro Tour, with two team emerging out of every group of four. After that, the final bracket was just single elimination (with a bronze match to boot). Team Dauntless ended up walking away the winners this year!

Assuming the brackets stay active, you can see the full bracket here!

My Time in Play 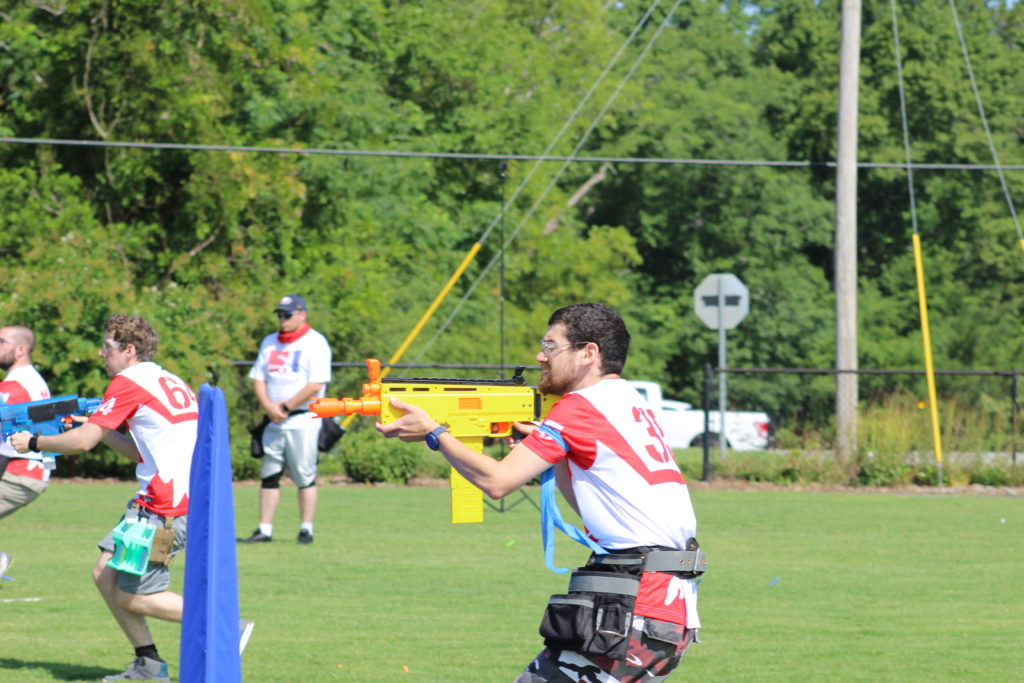 I was actually playing alongside the Canadians in the FPT, as part of the “Eh! Team”. Sadly, we really didn’t have the means to commandeer a sound system and have the appropriate music playing when we hit the field. But it was a good time regardless. We lost our first match to Space Force, won the second match against HANU, and dropped the third in the Space Force rematch (although after we had worked out blaster malfunctions and switched a Longshot for another flywheeler, we did better the second time around).

In my case, I was using a Fortnite AR-L the entire time. Granted, it did have dual stage Daybreak wheels and was hitting 200fps. But even in a competitive game it wouldn’t feel right if I wasn’t using something slightly silly. Surprisingly, I don’t recall getting any blaster hits on such a large blaster. If anything, I was horrible at pushing the field. Yes, I was tired from moderating the previous two days, but still…I was the idiot who decided I should be running alongside the zombies nonstop that entire time. That’s completely on me 😛

Oh Yeah, That One Team That Played Like Pros!

Team Dauntless generally stomped through the tournament, seemingly only gaining steam as they went. And the gameplay was stellar, to boot. I’ll just post links to the videos for the placing matches below, so you can see for yourself.

And for third place…