Lots of things happened overnight into Monday. I elected to watch things unfold for a bit, sleep, and then go to work – where more things were announced, and I saw it right as I went on break. If only I could make a living off of Nerf posts!

On the plus side, waiting a little bit means we can just gather more information. On we go! 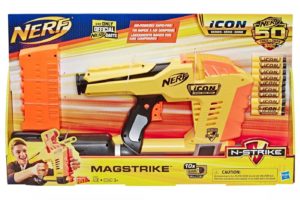 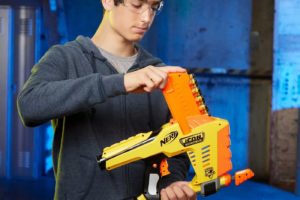 Target began pre-orders for both the Stampede ECS and the Magstrike AS-10 today, due at the end of the month. Suffice to say, cat’s out of the bag.

The blasters, for the most part, are largely unchanged on the outside. There are stamps for the ICON Series, of course, but the overall look is the same. However, in the descriptions, it states how the blasters are “Classic Fan Favorites Updated for Today”. Further down, it lists firing range distances: 70′ for the Stampede, and 80′ for the Magstrike. That’s a serious improvement over the old versions!

Closer inspection shows some of those reasons, at least on the Magstrike. While the blaster proportions appear the same, the clip itself has been reworked. It’s longer, presumably for a proper AR and barrel system. The video on the page even shows the blaster making bursts without the clip dropping back down – an unfortunate QA problem of the last version (many Nerfers added strips of electrical tape to the clips; the extra friction was enough to stop clips from dropping).

I’d expect the Stampede to at least have the modern air valve, as opposed to the short one used with yesteryear’s Streamlines. 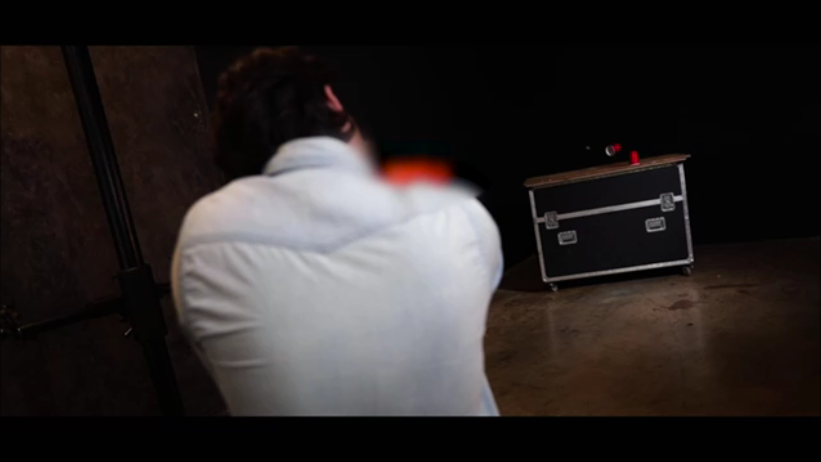 The latest video up (if you’re email subscribed) shows the person in the video making accurate shots, 4/4 on cups on the other side of the room (distance unknown). Between the 150fps shown last week, and the claims of accuracy, it’s clear that Dart Zone is trying to capitalize on the market for high performance blasters. Whether they can grow the market is another matter, but it’d always be nice to see the “mature” part of the hobby grow, as plenty of us prefer that over things like airsoft and paintball.

Interestingly, the video does blur out the blaster (which you can still see is orange). So they’re perfectly fine going at their own pace until the official reveal date on July 15th.

Slightly related note: why do those darts look so short, especially compared to the width of the cups? That seems suspicious.