Oh yeah, I should probably post about the last day of Ragfest! I got to play another competitive tournament with the Eh Team – albeit a different looking one this time around. And we made a good showing, to boot!

King of the Hill 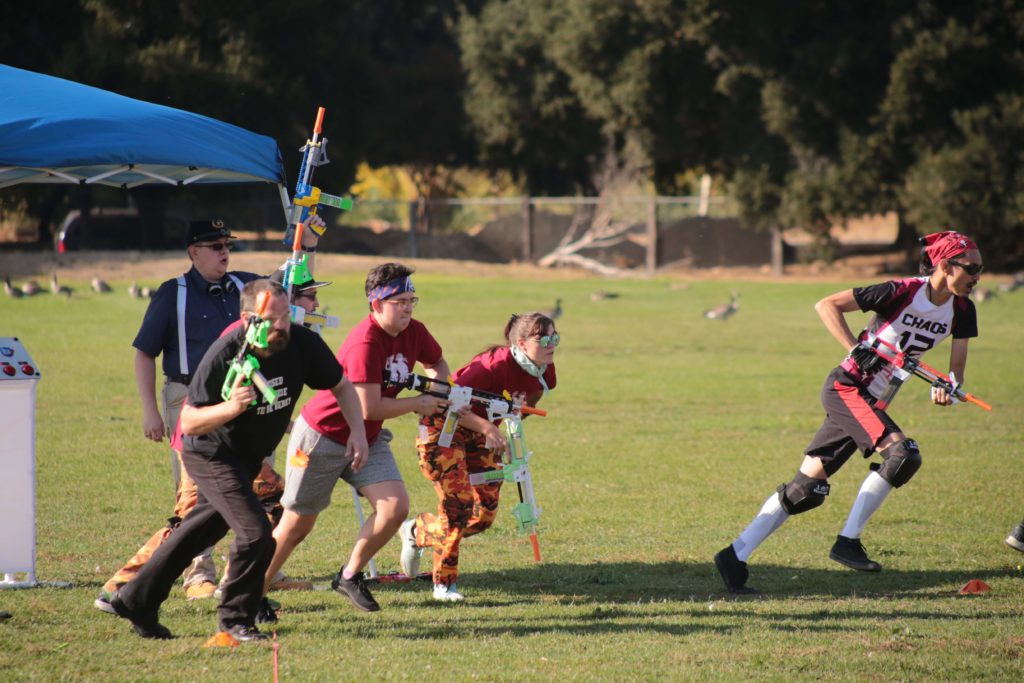 One of the amazing teams on hand, Far From Home

For a full ruleset, see the page here at the Blaster Tag Association website.

In short, two teams of 5 (with possible subs) aim to control three different timers for as long as possible. Players who get tagged have to go back to their base and wait to respawn, then come back into play. At the end of six minutes, the total times are added up, one point per second, with the largest score winning.

For the tournament at Ragfest, we had 11 teams present – it was originally supposed to be twelve, but the lack of team #12 threw things for a slight loop. Essentially, one team pool (Eh Team, Far From Home, Fury) had a free win with an average point score added for purposes of seeding in the later, single-elimination stage. Shoutout to the organizers for having to try to deal with the situation as fairly as possible – I’m sure all of us would have preferred playing an extra game.

In any case, eight teams made it through to the single elimination round. Eh Team (myself, Jeff Blu, and several others picked up in the week leading up to Ragfest) won both games to get in automatically. Generally, my job was to use my Stryfe, race to the right corner of the field, and keep people from taking control of key pieces of cover. 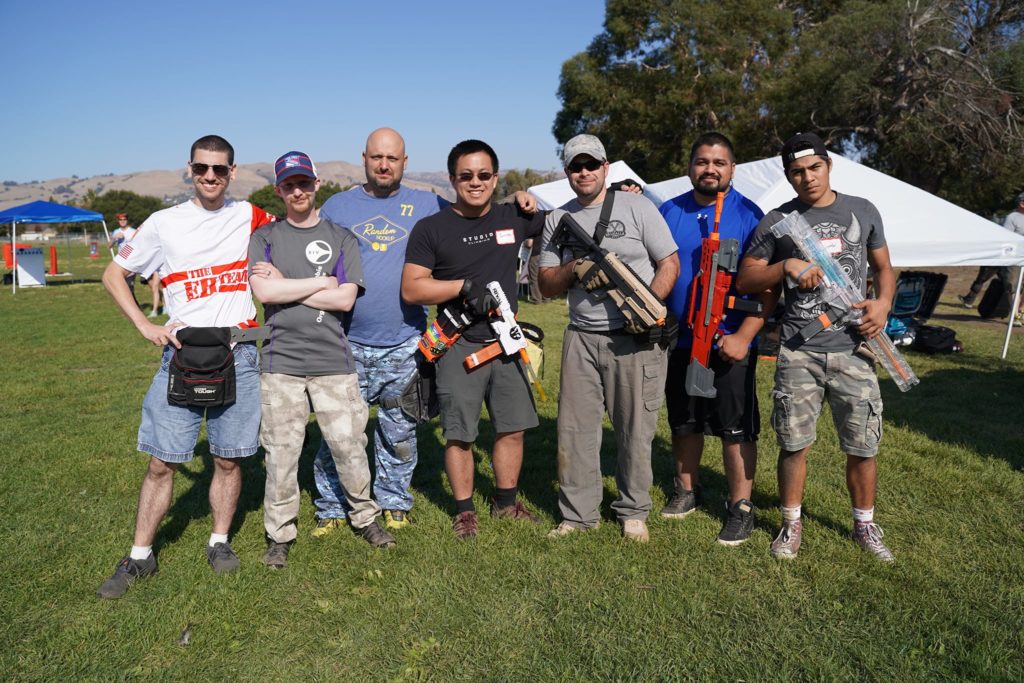 This part, sadly, is where the Eh Team fell, but not without a fight. We got seeded against Null, and had one of the best fights of the afternoon – out of all three timers over the six minute match, we lost by three seconds. *PULLS OUT HAIR*

It at least helps knowing that Null went on to the finals, where they ended up losing to that fixture of competitive Nerf known as Team Dauntless. So we didn’t just lose to any team 🙂

Full results from the afternoon:

Oh, and why not post someone’s video of a match while we’re here? At least to hold us over until the official BTA video gets edited and uploaded.