The Dart Zone Pro had a successful launch, with a slow but steady march to 1000 units sold (plus a few unmarked ones from prototypes and Ragnarocktoberfest prizes). Magazines are now on preorder, with darts on the way. So what’s next for the line, and what needs done in the future? Just a few thoughts on my end, and some speculation.

This item on the wishlist admittedly overrides a lot of things further down. As strange as the NIC hype machine can get (and it got strange with the DZP Mk-1, with some people expecting a super cheap superstock blaster), one thing that is consistent is people wanting inexpensive darts. We lose and destroy darts through regular play, making that a necessity. And Dart Zone has good inexpensive ones available for regular blasters, at $0.04 a dart, if not less (when bought in bulk as Walmart’s Adventure Force darts).

A new dart type, which stellar accuracy, may come with the temptation of a premium – but don’t pull a Nerf Ultra on this one. Darts, especially short darts, have been around long enough for there to be a reasonable price standard. Worker Gen3 darts (the purple ones with new heads) are pretty accurate and consistent, and go for $17 for 200, last I checked at Out of Darts. (Cheaper can be found, but usually requires much longer shipping times). So $0.085 per dart.

The dart pack that came with the Mk-1, with 240 darts, was valued at $30 and came with free shipping. If we assume it was $6 to ship a small box of darts (and they all cost the same), that’s $0.10 a dart. Which is…acceptable, but hopefully can be lowered more. Because these darts are great, even when pushed to extremely high limits. But when push comes to shove, especially when it comes to community dart bins and orders of thousands of darts by NIC members, ammo cost does come into play.

The tolerances for the dart gate – the plastic piece darts are pushed into when returning the bolt to its resting position – are such that slightly thicker foam can easily get stuck. This includes things like Adventure Force darts, and some short darts (early generations of Worker darts, for example). It can be rectified with modding, of course, but that’s extra cost on top of the platform.

If cheap darts are made available, this point becomes entirely moot. If they aren’t cheap, however, then future blasters will need to better handle compatibility with other darts.

Magazine Compatibility – Will it Happen? 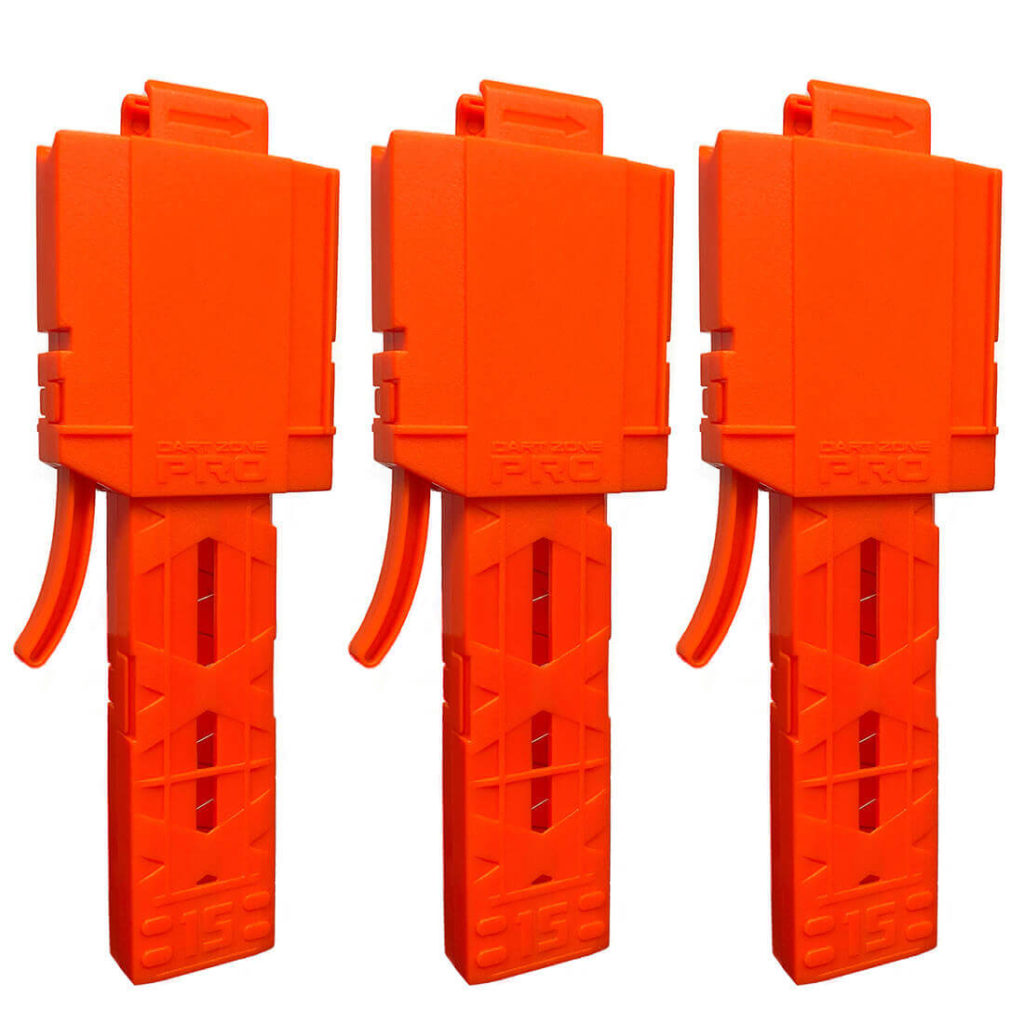 This is one area of some concern, although it’s understandable. Nerf mags can be used in the Mk-1, although on straight magazines with the rear “bump”, it can end up fitted crooked depending on tolerances (fixed with a slight shave). Compatibility the other way, however, doesn’t appear to be in play, as extra plastic prevents the Dart Zone magazines and adapters from being used in other blasters.

On one hand, this makes a strange bit of sense. Hasbro has changed the mag wells slightly in newer blasters to prevent Buzz Bee magazines from being compatible. They’re even added small tabs to newer Rival magazines to prevent further compatibility with Dart Zone’s own Ballistix Ops/Adventure Force ball blasters. Trying to make your mags match the leading brand’s standard turns into a negative if they change the standard slightly, so why try?

Even so, this is already a niche market that Dart Zone has dipped their toe into. And it’s filled with short dart adapters for things like Katana and Talon magazines, which fit into Nerf blasters just fine. If you’re going to make a push for your own magazines, both for regular and short darts, then cross-compatibility with existing arsenals is a no-brainer. If people are already somewhat invested in an ecosystem like Talon mags (which, with adapter, will fit Nerf blasters and thus the DZP Mk-1), then having a magazine that only fits your product isn’t a great incentive for them.

What Blaster is Next?

Of course, we can speculate on what we want next. I’m not quite sure Dart Zone is going to make their own FDL, but a high performance flywheel blaster of some kind would be nice. Come to think of it, I still need to feed the bamboo darts through flywheels and compare them to other things. I guess I should get on that!