Hey look! Someone in the industry sent a free thing! Info, in this case.

Now that the spring toys are appearing, we’re also seeing the various press releases! This time, it’s information from Prime Time Toys, the people behind Dart Zone, as well as various other branded dart and water blasters. Thanks for sending me the tidbits! It’s better than haphazardly gathering info from retailers. 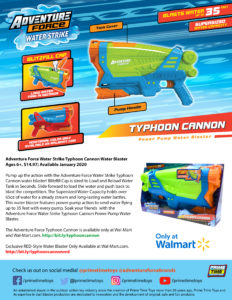 This is obviously the big release of the bunch, for a good price point. It also shows off the Walmart.com exclusive color scheme; we’ve seen exclusive products like the ball-shooting Adventure Force Liberator, but not exclusive colors. This is also being applied to older soakers as seen with the Tidal Surge and the Hydro Blitz.

The Typhoon Cannon is large, holding 65oz of water (over half a gallon) in a rather tall reservoir. It’s basic in operation, firing just with the motion of the pump handle; I expect that trigger is ornamental, but still movable for the play factor.

It also features an oversized “Blitzfill” cap for fast refilling. I’d expect large caps to be a major trend now. 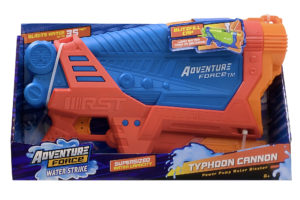 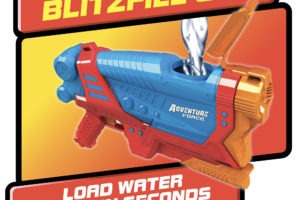 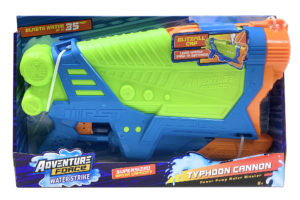 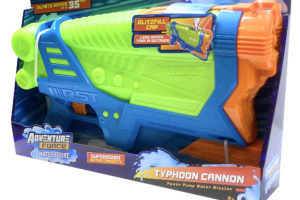 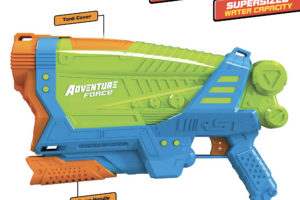 This blaster pack has actually already begun hitting my local shelves! It’s a simple four-pack, aimed at arming everyone fast for a quick battle. Two of them are pump-operated, and two of them fire water on the trigger pull like classic mini water pistols.

As with the Typhoon Cannon, the two larger blasters also have “Blitzfill” caps for fast loading.

I’ll admit, I’m more excited for the bigger soakers, but these have a place as well. Also, 30yo guys without kids aren’t the target market for value blaster packs, so I do have to think outside of my bubble about it! 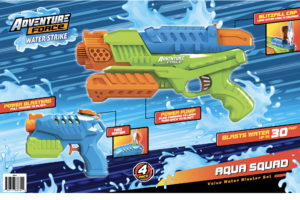 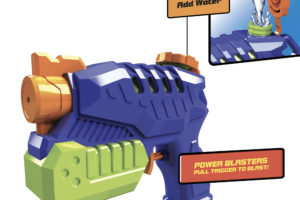 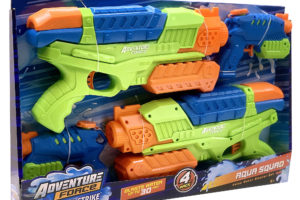 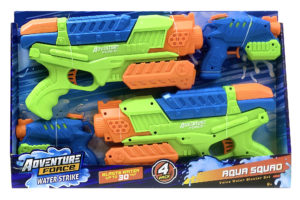 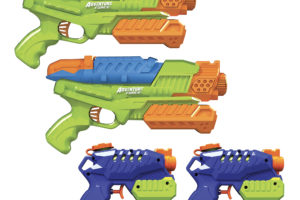