In this age of social distancing and avoiding other people, connecting to consumers online has never been more important. Interaction through the internet and mobile devices is surging, and one app that’s been in development is releasing in time to jump the wave. It’s the Nerf Epic Pranks! app, and it’s officially licensed by Hasbro. Unfortunately, it’s far too easy, repetitive, and plagued with ads – even when you pay money.

One of the Rare Times Blasterhub Uses Video!

Yep, it ended up being necessary, since it’s a video game! If you don’t feel like reading, this will suffice.

The game is simple – touch the screen to pop out from cover and tag various people, and don’t touch it to hide. People that see you and are able to focus in on you will chase you away, resulting in defeat. The same applies to the occasional opponent armed with a Cycloneshock (the only blaster they ever use). However, there’s no real penalty, and it’s not that hard. 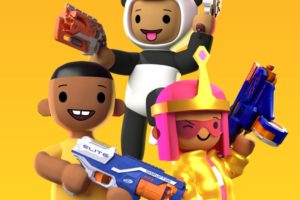 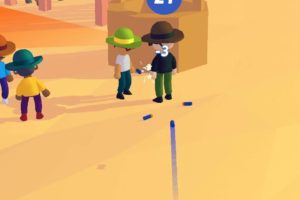 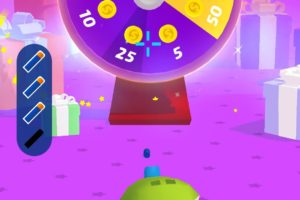 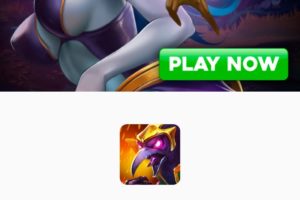 One of the many ads you'll end up seeing. And there are a LOT.

What is hard, however, is avoiding advertisements. The game is free to download, and you can complete it without spending anything. However, even then, you have ads you have to watch every few levels, and can’t avoid them (as well as the banner ad at the bottom). You can pay $3 for the no ad option…but it only takes care of these ads. In order to fully unlock blasters, skins, and do other things, you have to watch ads.

This is covered in the video well enough, but it seems like there isn’t much control over what kinds of ads appear while playing. All of them are for various apps, but some are less kid-friendly than others. Let’s just say pictures featuring scantily-clad women and “ADULTS ONLY” have appeared, as well as other fare that isn’t kid-friendly.

The game itself is safe. Cartoonish in all aspects, and targets burst into confetti. The ads, not so much.

Assuming you’ve decided to endure the ads, game progresses through various levels. The graphics are very cartoonish, without much detail – with the distinct exception of the blasters. Those are superbly modeled. The levels do vary in theme, from fitness centers to city streets to a museum with cute recreations of various works of art. The difficulty doesn’t really ramp up, however; at most, it will take longer to complete if you’re only using the Disruptor you start the game with.

If you unlock the blasters, they will progressively improve in power. The Disruptor has a one star rating, the Ultra One has four stars, etc. The damage the blasters do reflects that, even if the blaster progression itself doesn’t make sense (the Sharpfire, of all things, is powerful, and is balanced by having each shot do 3 damage). There are newer blasters like the unreleased Ghoul Grinder, and “COMING SOON” slots for future blasters. The Titan is rated as the strongest blaster…but you have to pay $2 for the “VIP” blaster. Which I did, but somehow still wasn’t allowed to use. That’s a major goof.

Note that with the powerful blasters, things just get easier. Often, you can just keep your finger on the screen, and will eliminate targets well before they can focus on you or hit you with darts. No skill whatsoever.

After about 100 levels, you simply recycle levels again, without any change in difficulty. Imagine how easy it is to play level one again with an Infinus…

I was excited to learn there was an official Nerf app coming out. What I found instead was a simple, repetitive, boring experience peppered with advertisements. And paying to get rid of them only eliminates the “mandatory” ones, not the ones you have to watch to unlock anything. All that, combined with the varying quality of said advertisements, makes Nerf Epic Pranks! a no in my opinion.