Two of these blasters are scheduled to land on my doorstep today, due to an early release from Walmart. (One community member got them yesterday, as seen here. Thanks for the pictures, Abquintic!). The last blaster, however, will have to wait until August, it seems. CNET got the first official media release, however, so here’s the basic info on the Curve Shot line, where you can adjust the hop-up to shoot in any direction! 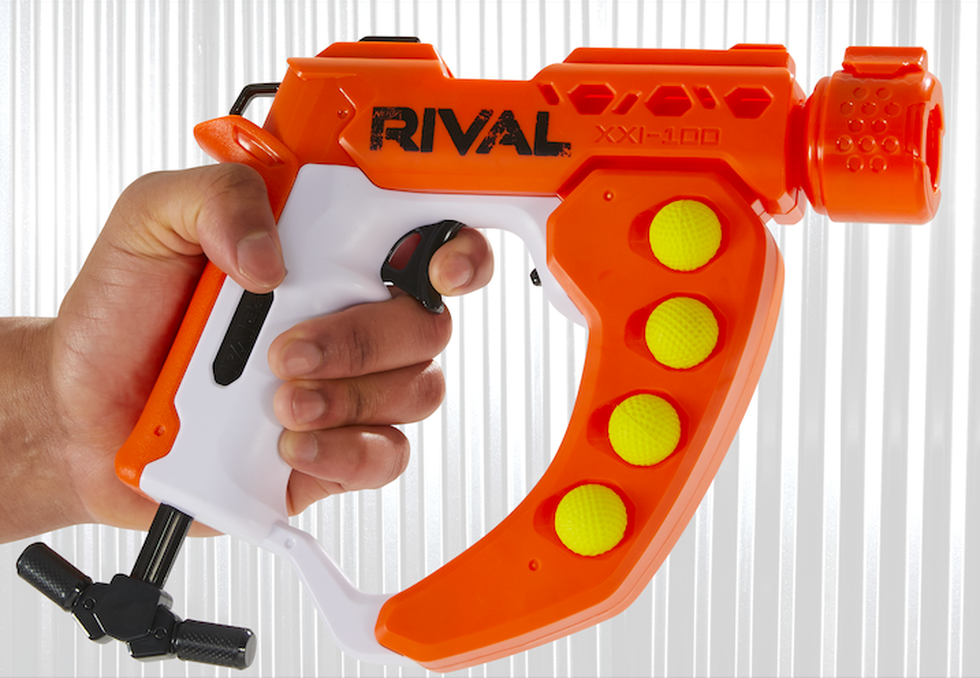 We had the Knockout before, now we have the Flex. It’s a single shot blaster with ball storage, but it operates with fewer steps than the Knockout – certainly an operational improvement.

It will retail for $15, with an official March release, but you can already find it here! Should be a fun addition.

This appears to be the base springer primary of the line, with a twelve round internal magazine and a bolt prime mechanism. It also appears to load from the side. It has a relatively short stock, but otherwise seems quite nice.

It retails for $25; you can find the Sideswipe here, but under “Rival Innovation 1”. Presumably, that’s the code name the line went under before the official Curve Shot name was used.

Finally, we have one latecomer, a Target exclusive that arrives in August. It’s not only pump-action, but it also features a hopper, the first we’ve seen in a springer from Nerf. Granted, it appears to simply be a tube with a slight downhill slope, as opposed to the paintball-style hoppers we’ve seen from Dart Zone.