I’m late to posting the information (life happens), but it still needs posted! We’ll list out the basic info, then give my thoughts on the new line of ball blasters!

Let’s Start With the Marketing Points, Shall We? 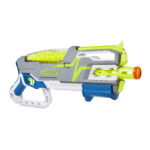 Per Hasbro, as well as the original The Verge article:

·         EXTREME VELOCITY: Engineered for velocity, each blaster within the HYPER segment fires rounds at extreme speed – up to 110 feet per second. 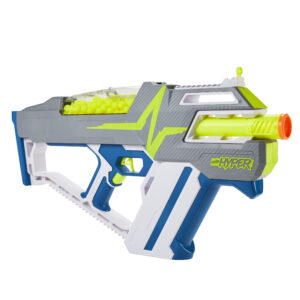 ·         NEW ROUNDS, NEW CAPACITY:  HYPER rounds are about 1/3 smaller than RIVAL rounds and feature an all-new material uniquely developed specifically for high performance. The size and material of the new HYPER round allows for increased capacity, improved velocity, and longer gameplay than the typical RIVAL blasters and rounds. In the volume where you could previously house 25 RIVAL rounds, you can now fit 100 HYPER rounds – allowing you to play three times as long before having to reload – that’s a 300% increase in capacity!

·         FAST, EASY RELOAD: All new reload canisters allow players to load up to 100 rounds in mere seconds. 50-Round and 100-round reload canisters are available for purchase to attach to tactical rails for fast, easy reloads in just seconds. 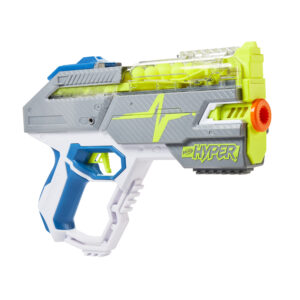 ·         FAN FAVORITE FEATURES: Consumers can also expect to see a variety of fan-favorite features in the line including slam fire and large hoppers that allow for more time playing and less time reloading.

The Rush-40, a hopper-fed pullback pistol, holds 40 balls and retails for $30. The Siege-50, at $40, gives us a slamfire, pump-action option. The flagship, however, is the Mach-100. It holds 100 balls (seeing a trend in the naming?) and fires full auto off of D batteries. Think of it as Hyper’s Nemesis/Perses option. 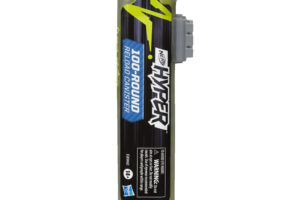 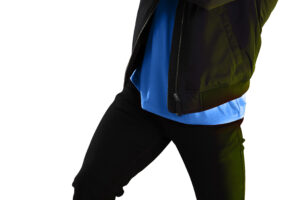 We don’t have an exact release date besides 2021, so for now it looks like Rival and Hyper will coexist. And packing more ammo into hoppers is a great way to extend your battles. However, I do wonder about outdoor viability. Not in terms of performance, but in terms of ammo recovery. Smaller balls will be that much harder to clean up, especially if you play Nerf in public parks. Rival is at least large enough to generally spot in the grass. We’ll have to see how that works out once the line is released for sale.

On the plus side, however, the ammo will be much cheaper, going for $0.15 a projectile, than Rival. Granted, that’s for the official Rival ammo (Adventure Force ball rounds currently retail that low). But for official ammo, that’s very affordable.

Will being able to carry so much ammo actually change how our games play? Will Humans v Zombies (playing location issues notwithstanding – littering college campuses isn’t good) be that much harder to run when everyone has a ton of ammo and no reason to move quickly? Will arenas switch over to Hyper, or keep using Rival for the time being, since they’ve invested in that ecosystem? Always a lot of questions, and we’ll have to wait for those answers!