I’ve been busy with so many wedding related things, but I managed to sneak away this past weekend to treat myself (in place of ye olde bachelor party). After spending Friday driving (and raiding every Ollie’s Bargain Outlet on the way for discounted Vortex ammo), I played with a large and friendly group of people, then came home.

Keep going for some pictures and video but be sure to check out all the photos at the Maryland Nerf Herders Facebook page! 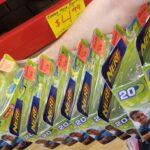 Ohio to south of Baltimore is between six and seven hours, making for a long drive. It also means that, unless you want to get up extremely early, you’re going to be staying overnight. Thus, Friday became a day of wandering, spending money and making questionable purchases.

By the end of the day, I ended up getting 14 packs of Vortex ammo, and six Ultra magazines. Yes, Ultra. After all, now that mag-fed Ultra is a thing, I can actually test it as a loadout.

Most importantly, however, was pulling into a Walmart parking lot waiting for Out of Darts’ Proton Pack to go live. I ended up ordering two – one for actual use with Rival, and another to modify and rebuild for ballistic balls. Because I’m mad like that, and it’s the perfect blend of goofy and useable for Humans v Zombies games. 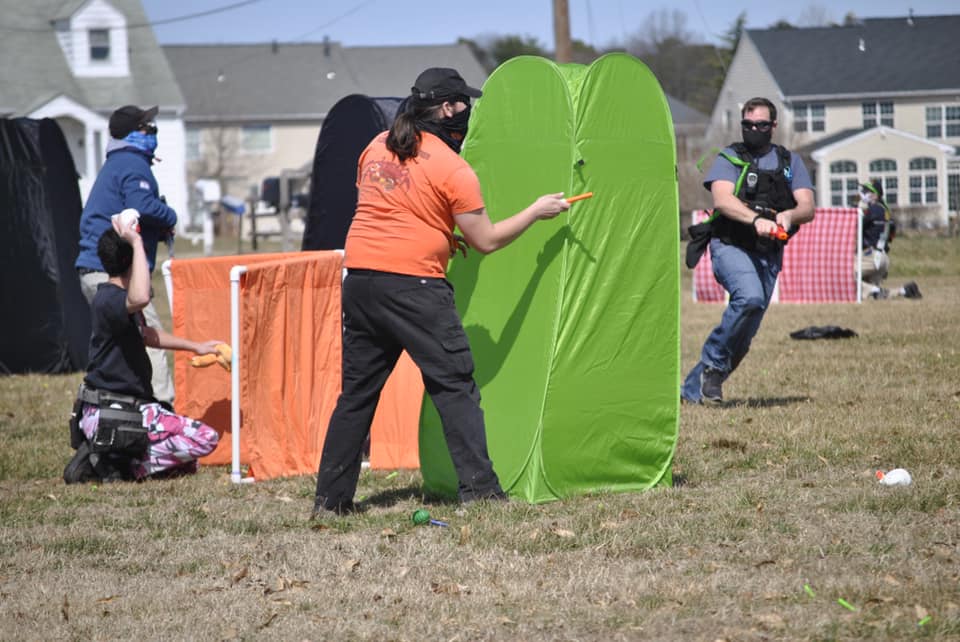 Plush Peeps, about to win versus a DZP Mk2.

The beginning of the day belonged to low fps rounds, allowing a much more accessible game for players of all ages and types. It also happens to facilitate my crazy habits quite well, given the limited cover compared to an indoor game.

The first round also ended up being the worst. While I was ready to dump Vortex discs everywhere with my Vortex FDL…things didn’t go as planned, with lots of jams. By the looks of it, the pusher is sitting too high, and depending on the angle it makes contact with the discs, it ends up pushing them down into the magazine instead of out the front. I’ll have to tweak and reprint that.

The rest of the rounds, however, were better. I got to try out a full Ultra loadout with an Amp that actually shoots straight. Granted, trying to hit at a distance, with wind, is an exercise in futility with that ammo type, but closer to me I scored plenty of hits. More thoughts on that in a future post.

But then I got to do lots of stupid, using a Captain America shield and throwing plush Peeps (as opposed to sock bombs or other throwables).

After the 120fps cap rounds, we moved to two rounds of 250fps, single life elimination. Partly for a semi-competitive setup, and partly to kill time while waiting for pizza to arrive. An Aeon Pro shooting 200fps was more than good enough to score some great hits, especially in the first game (myself and Fusco ended up sweeping the left flank of the opposing team).

After lunch, I mainly used the fiancee’s FDL Basic, which was also up to the task. Turning the rate of fire down, and the fps up worked well, so I could place shots and not burn through lots of ammo.

The end of the day was unfortunate, as my team lost several of the objective rounds, and one round was lost because the wind blew over our cup target. Boo!

All things considered, it was a great day for Nerfing. Everyone in masks, everyone using sanitizer, and shooting at each other. As vaccine rollout expands, I look forward to more of these club games happening again, without needing to worry as much.

Even so, do your part. Wear a mask, wash hands, and respect the people around you. We all want to play, so we all have to do the minor inconveniences to stop from possibly spreading things to others.