Nerf LMTD preorders keep on appearing…even if not all of the first one (the Amphan Pulse Rifle) have appeared yet. This time, we have Boba Fett’s blaster rifle, serving as a nice tie-in with the Disney+ show “The Book of Boba Fett”. $110 for a unique collector’s item? Might be worth it, if you’re a superfan. Let’s take a look. 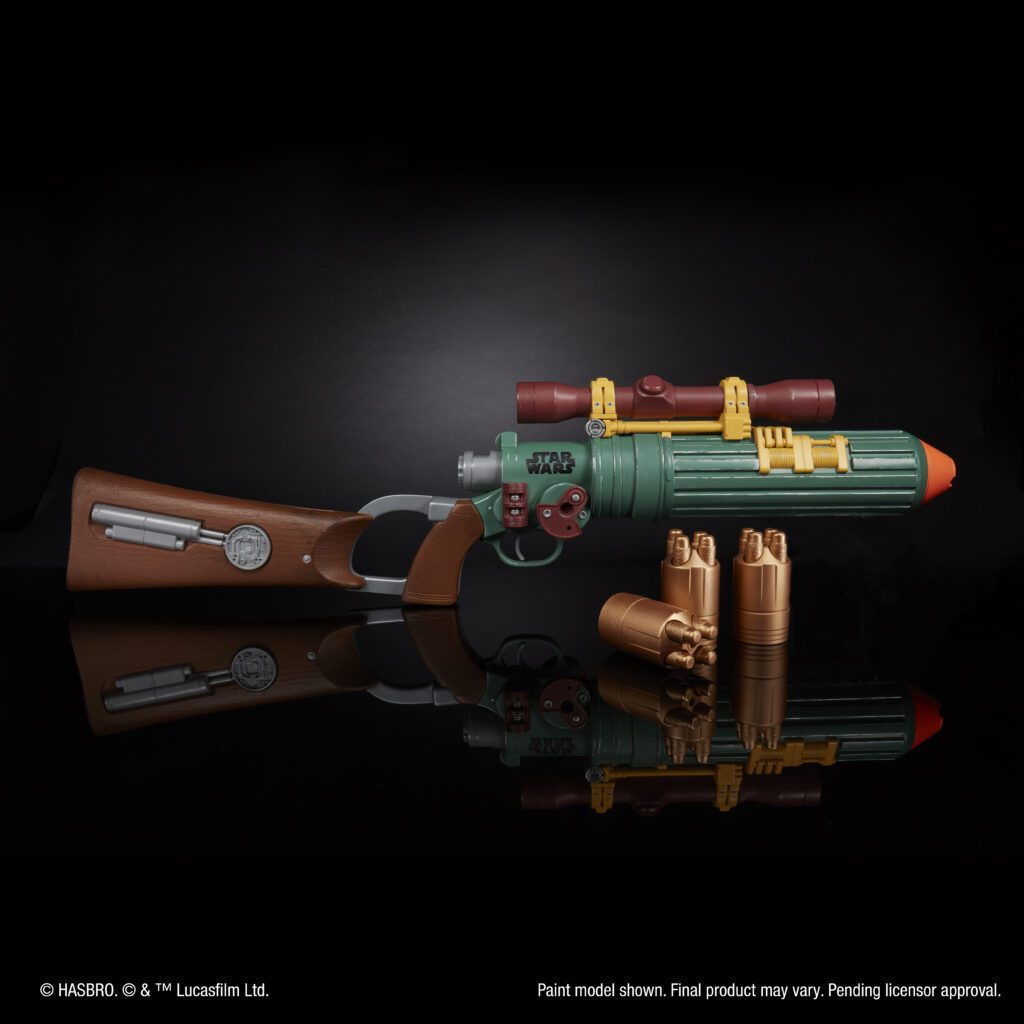 With his customized Mandalorian armor, deadly weaponry, and silent demeanor, Boba Fett was one of the most feared bounty hunters in the galaxy. Imagine scouring the galaxy for bounties with the Nerf LMTD Star Wars Boba Fett’s EE-3 blaster, which is meticulously detailed to capture the look of the blaster seen in The Book of Boba Fett live-action TV series on Disney Plus. It includes 3 drums, each with 4-dart capacity, so you can switch them out to reload, and 12 Nerf Elite darts. The 30-inch (76 centimeter) blaster has an electronic scope with an illuminated lens and makes series-accurate blaster sounds. It comes fully assembled in premium packaging, perfect for display. To fire a dart, load a drum, prime, and pull the trigger. Compatible with Nerf Elite darts. Eyewear recommended (not included). Requires 2x 1.5v AAA alkaline batteries (not included). 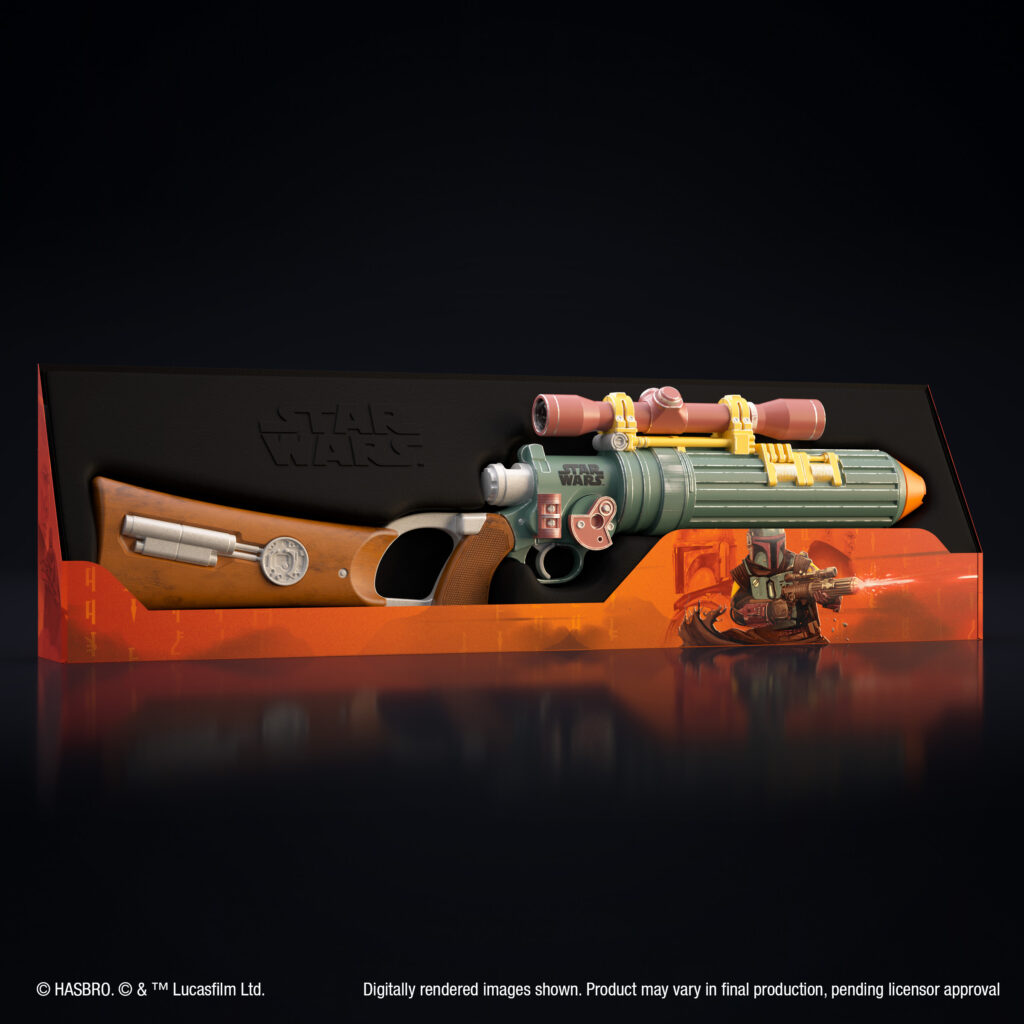 STAR WARS BLASTER REPLICA: This dart-firing blaster is meticulously detailed, capturing the look of the EE-3 blaster seen in The Book of Boba Fett live-action TV series on Disney Plus 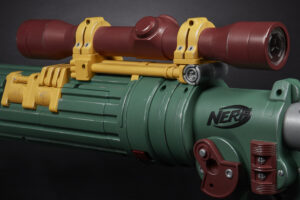 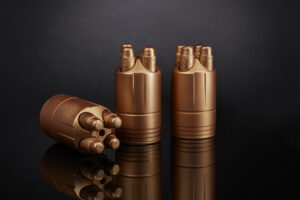 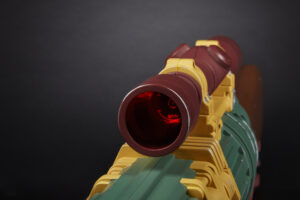 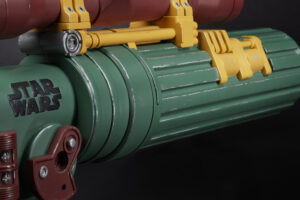 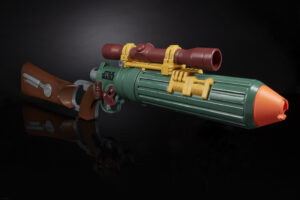 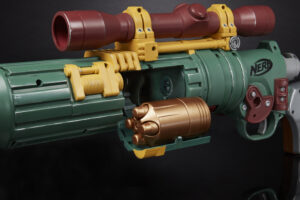 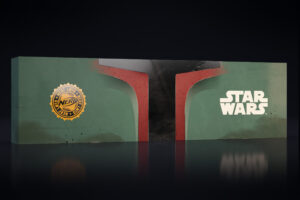 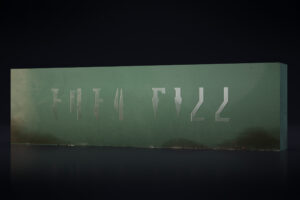 Well, the blaster certainly looks nice – although the example shown is a model, and not the final product, so things could change. Hopefully they maintain this look, though. I’m more interested in the functionality of the removable drums, though. I certainly don’t expect stellar performance out of a show piece, but that reloading mechanism is unique for Hasbro. If it works well, it would be cool to see it elsewhere. Alternatively, the option to get more drums would also be nice.

Ultimately, I elected to not get the Mandalorian Amphan Pulse Rifle tie-in. This is tempting, though. As usual, pre-order windows are limited.