I’m a bit late posting this, but better late than never for a press release!

Nerf may have a somewhat spotty record when it comes to video games (the Wii shooters were fun, whereas Nerf on Roblox is a bit disappointing). But if you have the newest VR headsets, you might have fun with a unique new experience.

Nerf Ultimate Championship is now available for Meta Quest 2, for just $15, and based on what I’ve heard from beta testers, it’s a load of fun. Press release stuff after the jump! 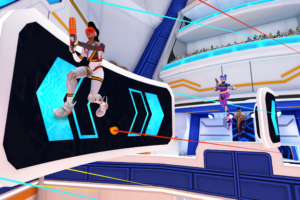 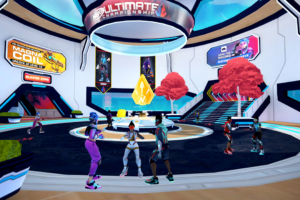 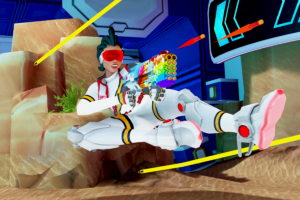 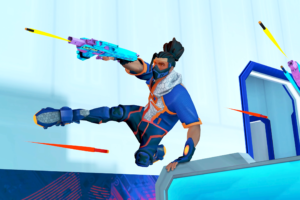 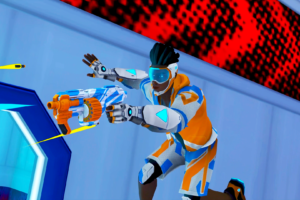 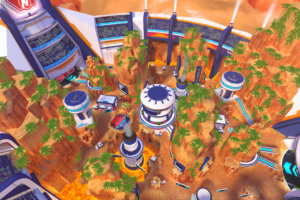 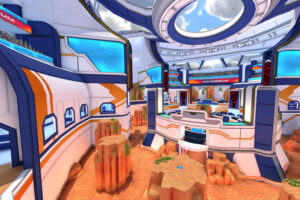 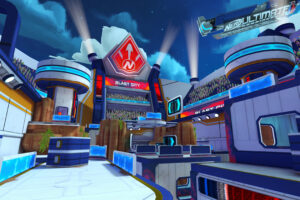 Toronto, ON – August 25th, 2022 – NERF Ultimate Championship, the highly anticipated 4v4 competitive VR game, releases today. Developed by Entertainment One’s (eOne) Emmy® Award-winning studio Secret Location, creators of critically acclaimed VR titles, including Blasters of the Universe, The Great C and Transpose, NERF Ultimate Championship is now available globally for $14.99 USD for Meta Quest 2. The game invites players to squad up and master the unique mechanics of an ever-expanding collection of authentic NERF blasters, as they battle it out across futuristic arenas designed for quick matches and intense action. All Season Passes in NERF Ultimate Championship are FREE, automatically rewarding players for their progress without the need for a paid premium pass. The game is launching with a short four-week 10-level pre-season, giving players a chance to hone their skills ahead of the first and second seasons, which have already been confirmed as part of the post-launch content roadmap. “From the start, we set out to translate the thrilling competition of NERF battles into VR, while keeping that authentic NERF feel that makes it fun for everyone,” said Michael Sandercock, Lead Game Designer at Secret Location. “We paid special attention to our blaster mechanics and movement system to match the high physicality that characterizes a NERF battle, and we added a few enhancements that make the game even more exciting, such as wall-running; and the most epic collection of NERF blasters you could ever imagine.” 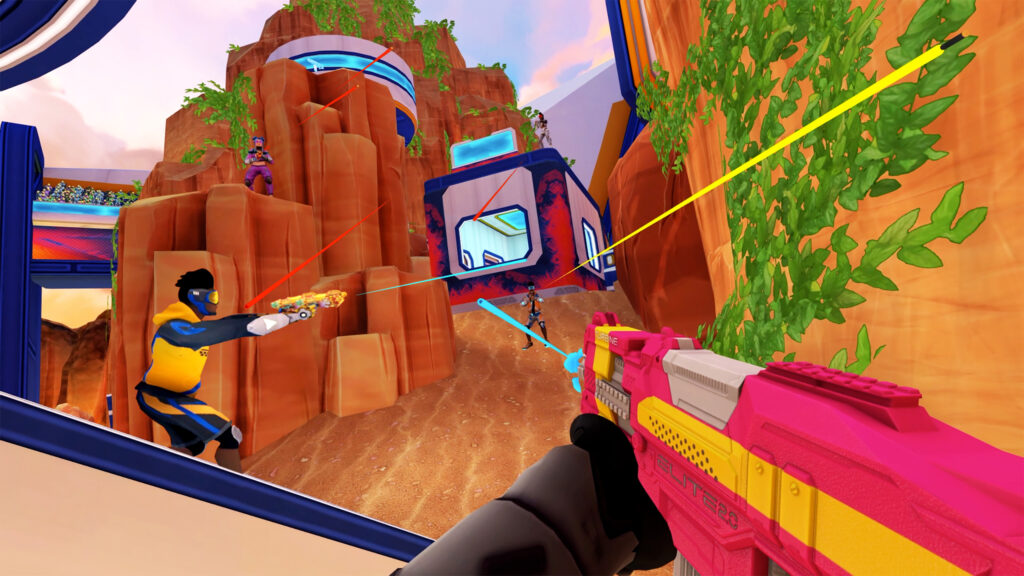 Key features at launch include:

• FREE SEASON PASSES: Unlock original NERF skins and grow your blaster collection! A snarling shark running down the side of your blaster! How about Steampunk inspired gear?

• AUTHENTIC NERF BLASTERS: 10 unique NERF blasters at launch with plenty more on the way. Master their priming and reload mechanics, perfect your aim with unique dart physics, and storm the competition with slam-fire and dual-wield capabilities! 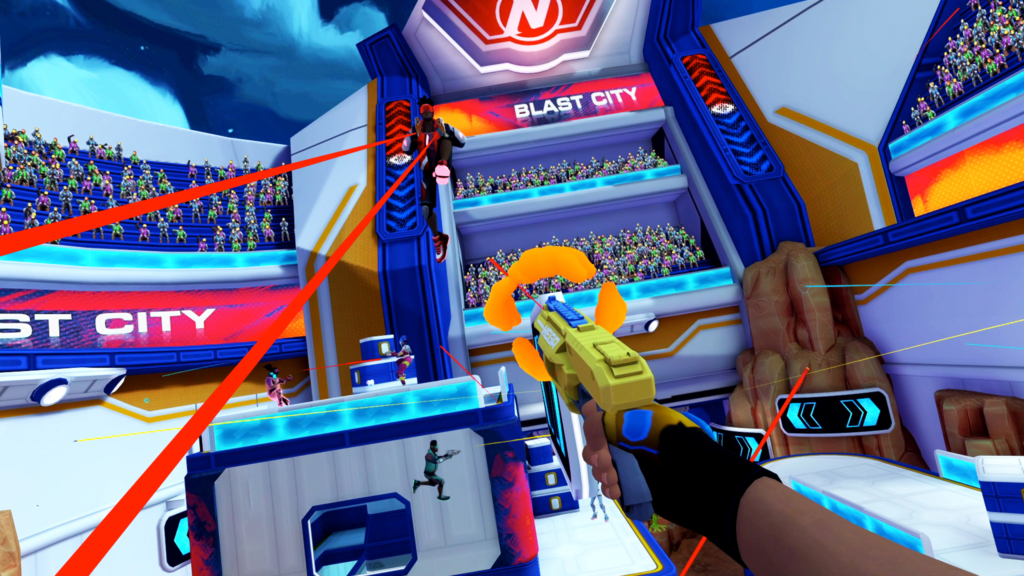 • 4 MAPS & 3 GAME MODES: In Colosseum, teams must capture a central control point to score. On Mesa, teams battle over 3 different control points while rotating across the map to secure the win. And finally, players engage in a classic NERF battle in Blast City and the warehouse inspired Factory map.

• SOCIAL HUB: Form a party, customize your gear, and master your skills in the parkour course and blasting range.

“We’re super proud of how the game turned out and the value we are offering through our free season passes,” said Josh Manricks, Studio Director at Secret Location. “We can’t wait to hang out with the community on Discord – we plan to host regular events and continue beta testing for future content. We want to build a thriving community.”