Let’s get this out of the way: the N-Strike Elite Nerf Cam ECS-12 is the new blaster no one asked for, at a price no one seems interested in paying, and with technology no one believes is appropriate for a device released this decade. Nonetheless, the new Cam ECS-12 is very likely the “mystery blaster” that UK Nerf spotted at the UK Toy Fair, and according to Engadget, may indeed be Nerf’s “big ticket” item for the year, despite widespread hopes and dreams of something more spectacular.

Having now had a week to recover from the disappointment felt at the near-complete lack of new product announcements from Hasbro during Toy Fair 2014 (other than confirmations of products previously announced or otherwise leaked online), we decided it would be appropriate to take a step back and reflect on what exactly is coming our way later this year—to consider some of these products on their own merits, versus merely dismissing them for not having met our collective (and lofty) expectations. 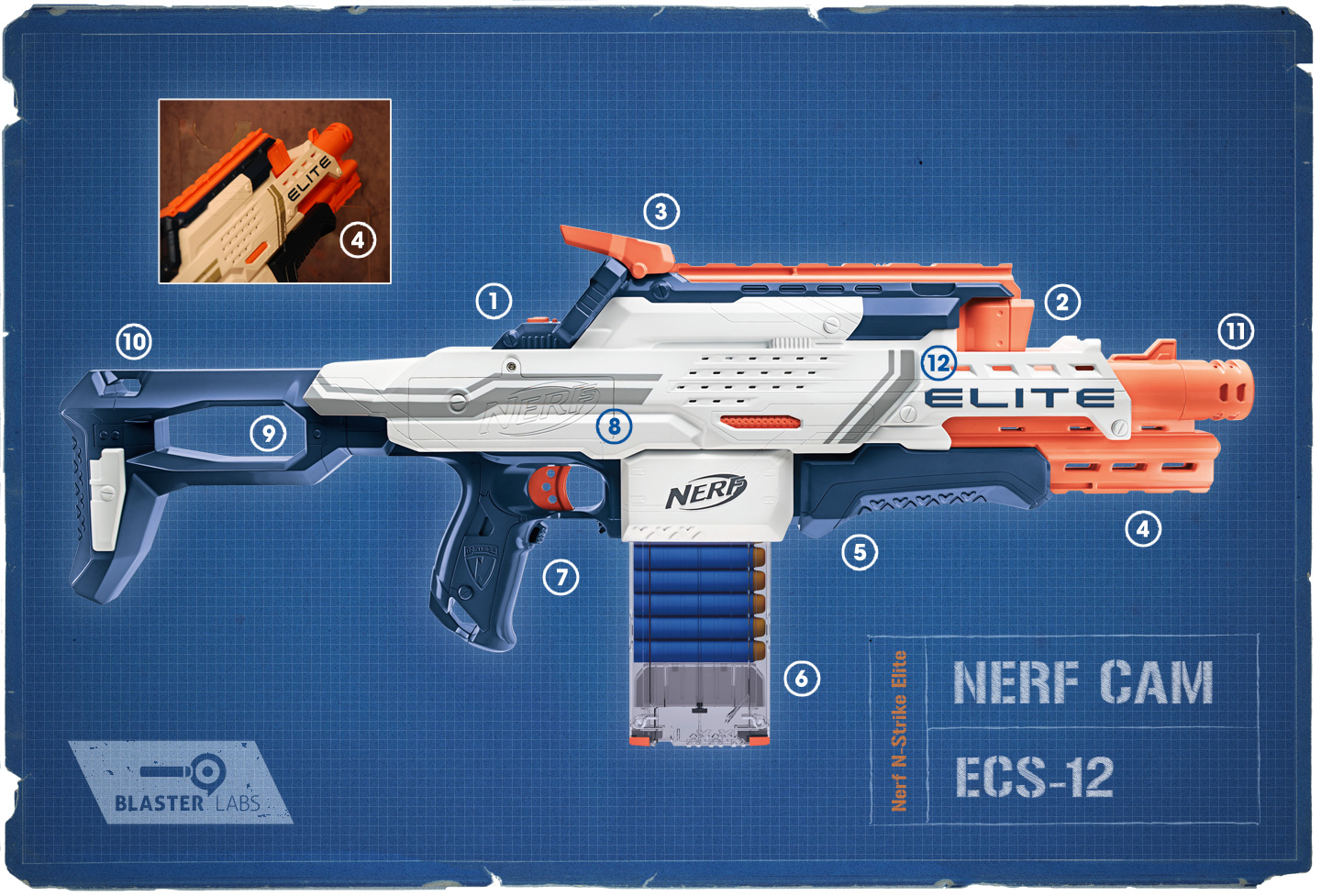 With that, we have collected all of the best intel we could find on what appears to be Hasbro’s attempt at a flagship Elite blaster for 2014, the N-Strike Elite Nerf Cam ECS-12. Based on our first-hand experience at Toy Fair, along with product details provided by Hasbro, here is our list of key features to expect from the Nerf Cam ECS-12, in no particular order: 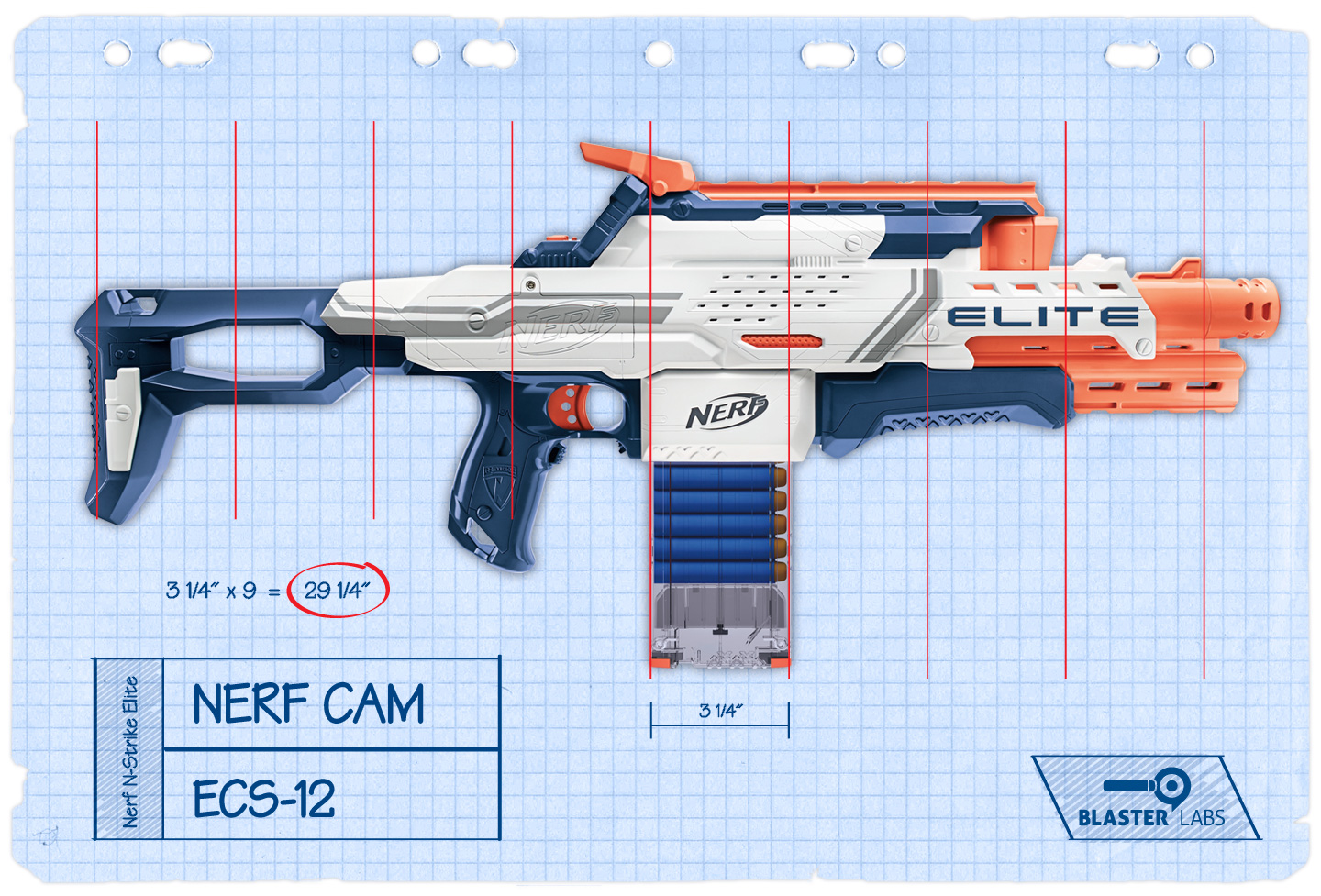 Even after a more thorough review (and in notable contrast to our review of the Demolisher 2-in-1 Blaster), we frankly don’t see the Nerf Cam ECS-12 as a particularly interesting or ground-breaking addition to the Elite product line. The camera is indeed a neat idea, but would be much better as a stand-alone tac-rail accessory (of which there are relatively few). It also raises the price of what is otherwise essentially a $15 Stryfe re-shell with a spec-bumped motor to a stratospheric $80 price-point.

Apart from the novel (but low-spec) camera, one is basically left with an overly-large, overly-expensive, amped-up Stryfe with little to no modularity of flexibility. It’s rare that we say this about a Hasbro product, but even upon closer inspection, we tend to agree with the current consensus among the Nerf Internet Community: the Nerf Cam ECS-12 simply misses the mark. It fails to be the flagship product we were hoping for this year (a battery-powered Mega product would have been more noteworthy), nor does it significantly advance the current product line.

As a tac rail accessory, the Nerf Cam would have been an add-on worthy of consideration (particularly since it could have been added to any Nerf blaster one currently owns). But as a high-dollar blaster, we’re not sure the Cam ECS-12 can justify its own existence. We’re looking forward to trying one out later this year to see if we’re wrong.