Included with the Mega Rotofury are 10 Mega darts and an instruction sheet. 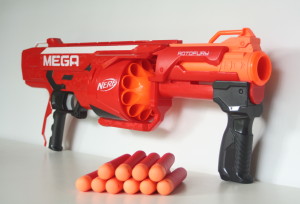 I personally like the overall design to this blaster. It looks great and feels great. With its big size, it can appear quite intimidating. The Rotofury continues with the Mega colour scheme of red, white and grey. These colour choices work well with the other Mega blasters and the Rotofury is no exception. Holding the blaster is surprisingly light for its size. Both handles are comfortable to hold, especially the pump grip. Unfortunately the blaster doesn’t properly fit into your shoulders. Some people hate the lack of a proper stock but I feel like the Rotofory is designed to be a hip-firing blaster. 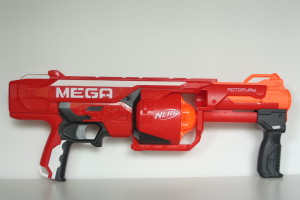 The Rotofury includes three sling adapters and one very long tactical rail at the top of the blaster. 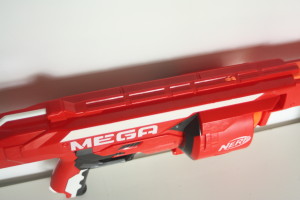 To function the Rotofory, load 10 mega darts into the barrel. Pull the pump handle back and forth and the blaster is ready to fire. To slam fire, hold down the trigger while continually pulling the pump grip back and forth. Being pump action and having a very comfortable handle, priming this blaster is an ease. I will admit, loading the darts into the drum, is a bit clunky. Every time you rotate the barrel to insert a dart, it kind of feels like you are breaking the blaster. Although, it’s not as bad as the Buzzbee Tommy 20. 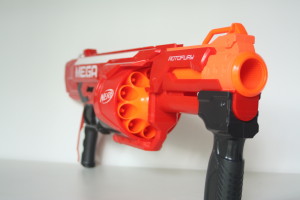 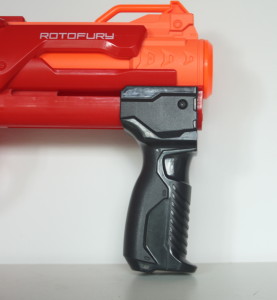 The firepower on this big beast is pretty impressive. Most shots were around 14 to 17 metres. When angling the blaster, it isn’t hard to reach over 20 metres. The darts fly relatively straight, but some darts flying past 9m will suddenly head off into another direction, which can be a bit frustrating.

When I first tried out the blaster, I noticed only 6 mega darts were firing properly. I originally thought there was something wrong with the blaster but it ended up being a dart problem. Once I placed in other Mega darts from a refill pack, all darts fired perfectly. So if you do buy the Rotofury and have no other Mega refills, I’d recommend buying a refill pack when you buy the blaster.

The Mega Rotofury is by far the best Mega blaster, excelling in its capacity and in its rate of fire. Holding the blaster feels just right and having an open drum, makes it easy to reload on the run. The few issues with this blaster are minor and can be ignored. Even if this blaster is not being used in a battlefield, it’s still a lot of fun to shoot around. At $40, I think this blaster is a great buy and I’d recommend it to anyone interested in a Mega blaster or any toy blaster. 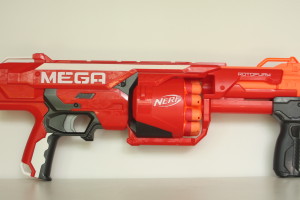 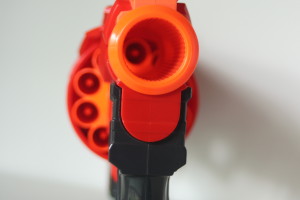 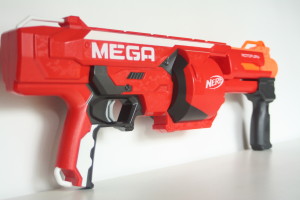 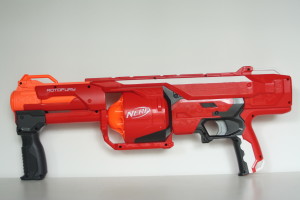 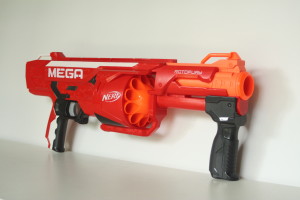 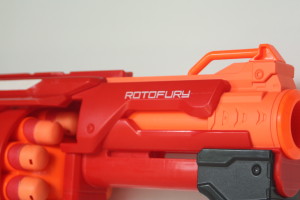 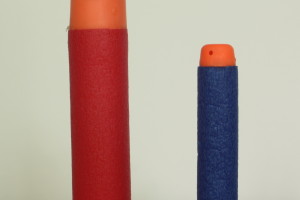