If you remember reading in May, ‘BuffdaddyNerf’ found multiple Target DPCI numbers for upcoming Nerf products. Out of the many DPCI codes included an exclusive line of blasters known as Phantom Corps. More than a month later, the Phantom Corps blasters have been spotted at Target!

YouTube channel, ‘NerfGunAttachments’ has already uploaded a review of the new Rival Hera MXVII-1200, as well as a video showing all the internals of the blaster.  Check out his review below!

The Rival Hera is a semi-automatic, magazine-fed, flywheel blaster. Pretty much a Rival Stryfe. Included with the blaster are 12 HIRs (High Impact Rounds), a 12-round magazine and a red and blue flag, that can be attached to the blaster. The Target Exclusive costs $60 USD and requires six C batteries for it to operate. According to Blee’s review, it’s an awesome blaster! If you care, ‘Hera’ is actually the name of the greek goddess of women and marriage. Hmm… nothing too epic about that 😛

Reddit user, Cybranwarrior22 has posted some internal pictures of the Hera. Click here to check them out!

There is also a Phantom Corps Apollo repaint for $30 USD! Another Reddit user has posted some images of the new Apollo blaster. Looks quite impressive! 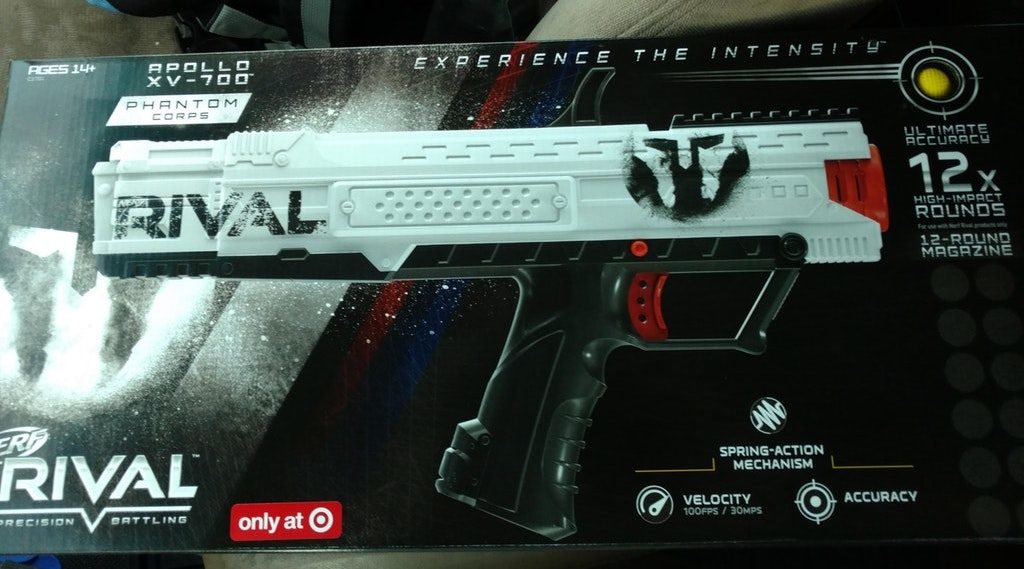