The Regenerator is Xshot’s budget answer to the idea of Nerf Modulus. Modeled similarly to the Nerf Battlescout, it features its own version of tactical rails, accessories, and barrel attachments. For $30 and decent [upgrade-able] performance, it’s not a bad option. It just has the unfortunate luck to have appeared on ToysRUs shelves right after bankruptcy was declared. 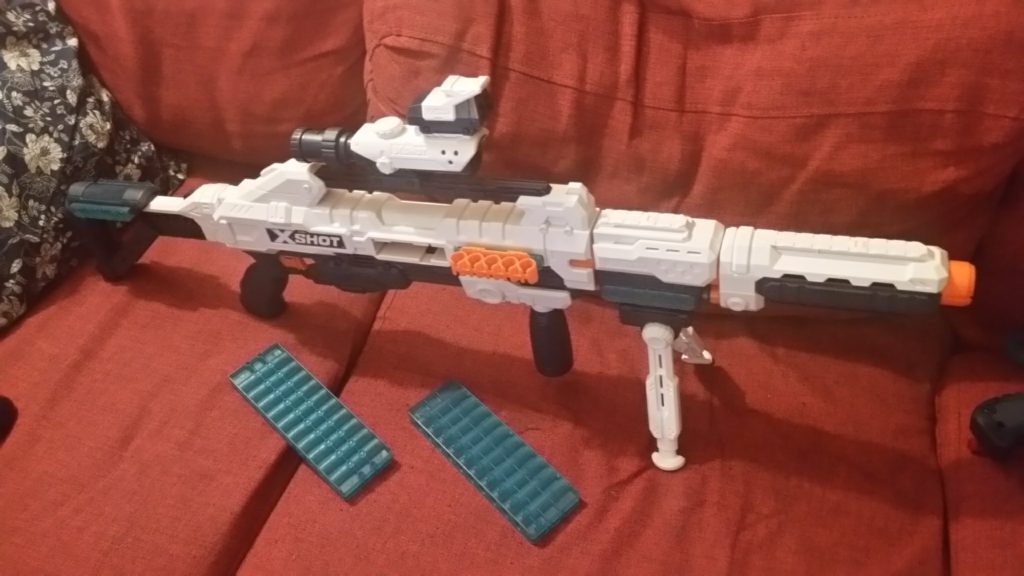 The Regenerator (shown here in the pretty new blue and white color scheme) comes with a large number of accessories. Two barrel extensions, a bipod, a pump grip vertical handle, a fake scope, a “reflex sight”, a stock, two five-dart ammo holders, and two horizontal mags (ten shots each). If you’re an accessories enthusiast, they’re a great value for the price, and made of high quality plastic. Be aware, though, that they are NOT compatible with other blaster accessory systems.

The blaster itself is essentially a Nerf Battlescout, though it has stylistic differences. The grip has a nice feel to it, even if there’s a hole in the center for attaching the vertical grip. The magazines are removable (though none are sold seperately), with storage for one in the stock. You can then reload the mags from the extra dart storage. Already, that’s progress over the Battlescout. 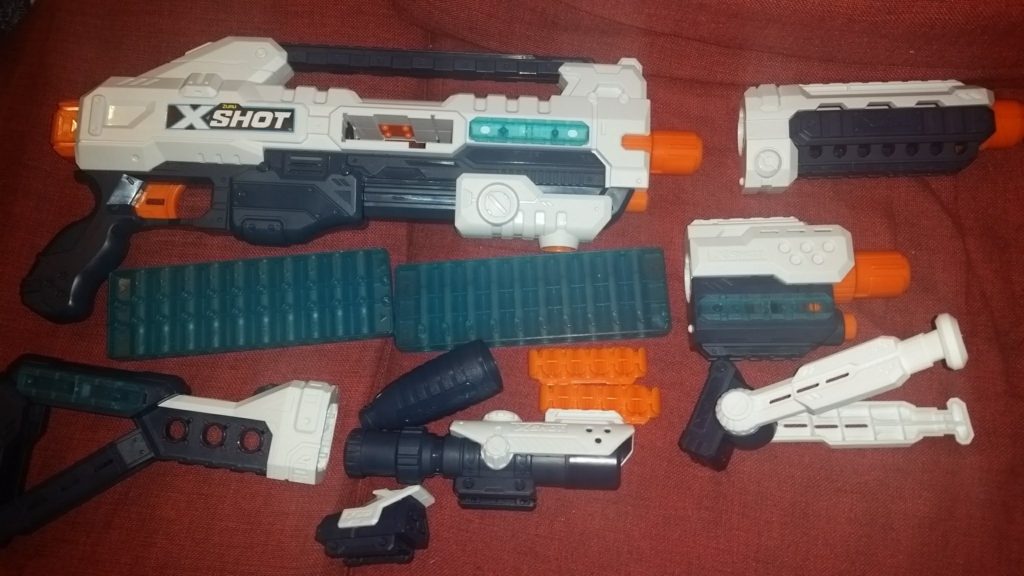 Unfortunately, it’s very easy to shove the magazines in one or two barrels too far, skipping those darts. It’s something you easily get a feel for after use, but in the heat of battle can be frustrating.

The Barrel attachments functionally do nothing besides provide additional attachment points. Due to the inherent accuracy issues with Xshot darts, however, they can hit the sides of the extended barrels, hurting ranges. 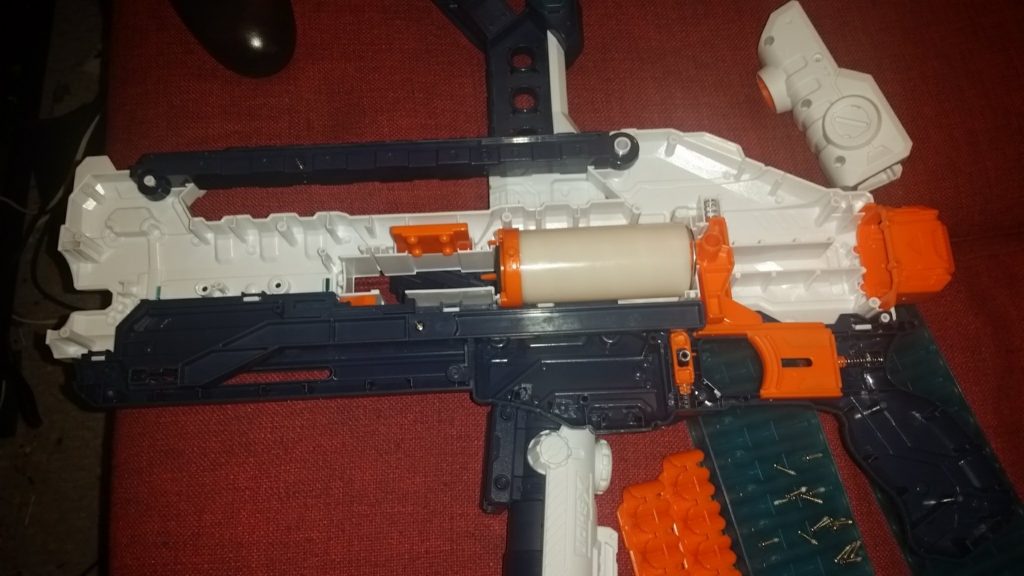 Opening up the blaster reveals a simple setup. A priming bar pushes back against the plunger rod (or at least an attached arm). The spring load and plunger size are essentially identical to that of the Turbo Advance. The plunger tube has an orange cap that can be removed to expose the safety valve. This, however, is highly unnecessary in stock form. After all, the effective length of the barrels (at least the tight fitting portion) is only half an inch. Unless you rebarrel the magazines to better harness the available (or extra, if modding) power, there’s no point in its removal. You’re just putting extra stress on the system for little to no benefit.

In testing, the Regenerator averaged 68fps with the included Xshot darts. This does in fact translate to the 80′ range claims on the box. Xshot darts, after all, are lightweight darts that tend to stay airborne longer, albeit at the cost of accuracy. Expect slightly less velocity with other types of darts.

There is no slam fire in the Regenerator, but it fires quickly enough without it.

The Regenerator is a great blaster for a budget, even if the dart velocities are on the low end to start with. With a bit of work, it can be a great blaster for HvZ or superstock games, despite it’s limitations in ammo capacity. It has plenty of customization possibilities. It’s built quite solidly. It’s just unfortunate that it had to appear on ToysRUs shelves right before they closed. On the plus side, most blasters are discounted 30% at minimum now. IF YOU WANT A REGENERATOR, BUY IT NOW.