The Latest in the Line 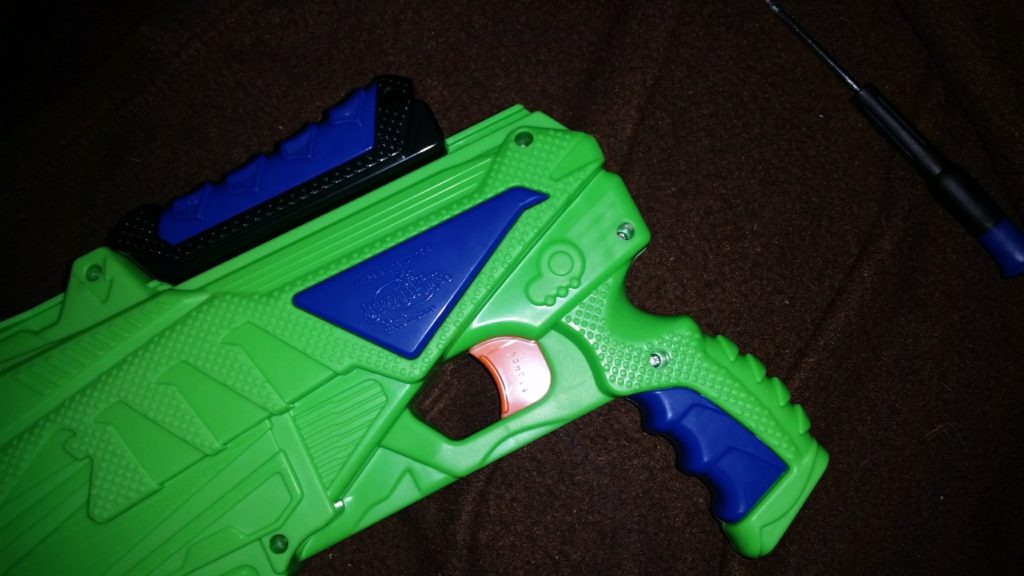 The Night Attack comes from the same line of pistols as the Buzz Bee Champion, Reaper, and Eradicator (if one leaves off the attachments for the last entry). They all share the same basic format; a top-priming slide, a pistol grip of somewhat small size, and a magazine well in the front. Starting with the Eradicator, these pistols featured the current large-sized plunger tube. The Night Attack is no exception. 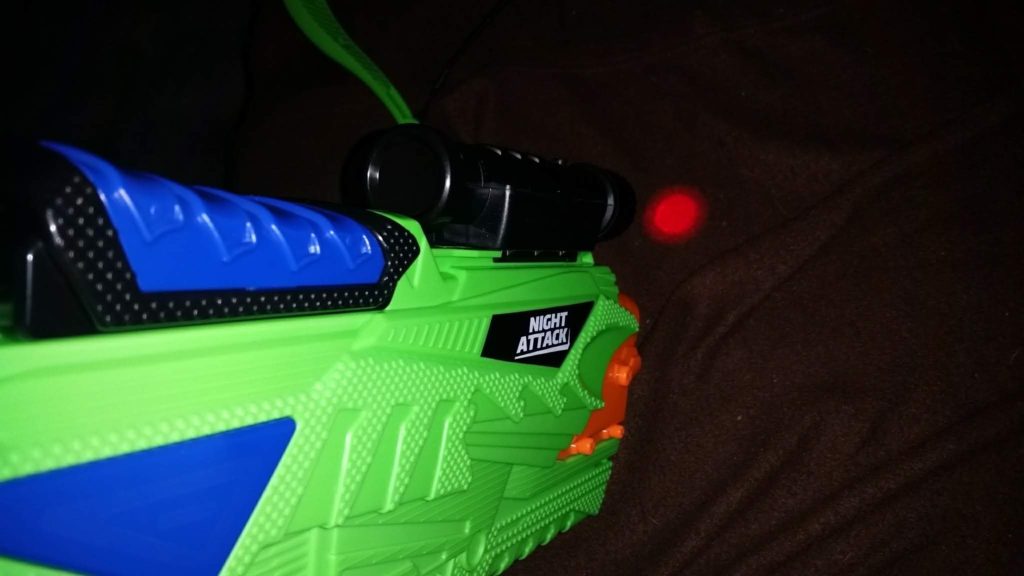 The form factor is, of course, a bit off, especially compared with a Retaliator. The grip is on the small side, and the length of the “moving plunger tube” system demands a long shell. Even so, the blaster has some features that make up for the deficiencies. The textures on the grip and priming slide are a huge help for holding on to the blaster, especially the bumps molded into the shell. It’s not a perfect shell, especially for large hands, but it isn’t too uncomfortable to use.

The included flashlight has a dim red LED within, powered by two AA batteries. It also has a secondary switch on the rail mount underneath, so that it can only turn on when mounted. It’s an interesting design choice that keeps you from accidentally turning it on and draining the batteries when separated. It also makes it obvious that it’s not intended for use as a real flashlight. 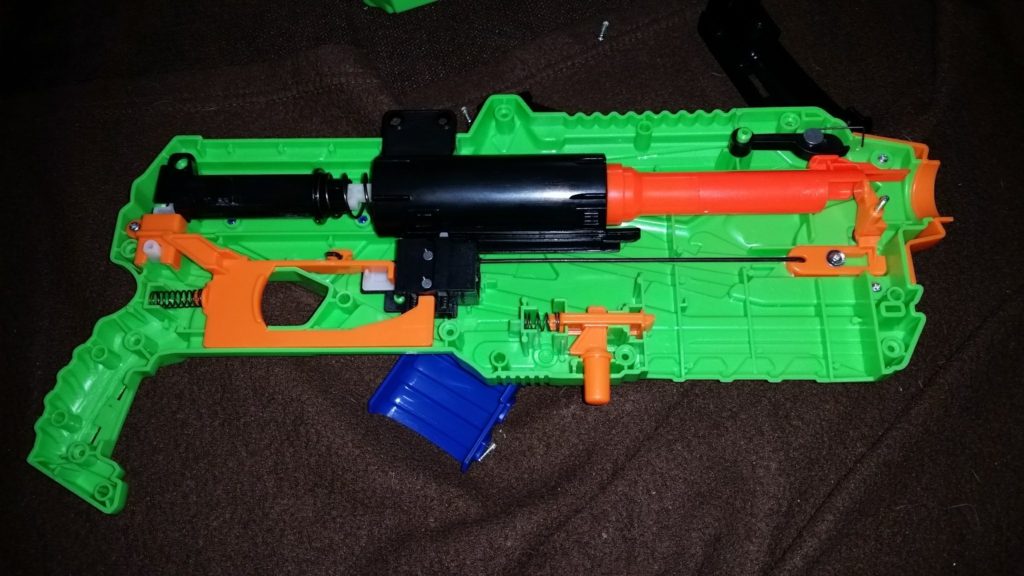 The Night Attack features quite a bit of power within. Using the included Long Distance darts, I averaged 84fps, albeit with little accuracy. Nerf Elites averaged 79fps. These are still solid fps measurements, and they were very consistent in both cases. Using more accurate darts would make this a great pistol.

This pistol does not feature slam fire, but I was still able to get off about two darts per second.

The Adventure Force Night Attack is a simple blaster. It has a cute gimmick in the flashlight, and a shell meant more for kids. Even so, it has plenty of power for launching darts, especially for just $10. This is another blaster that, for me, will be thrown into the arsenal for HvZ.