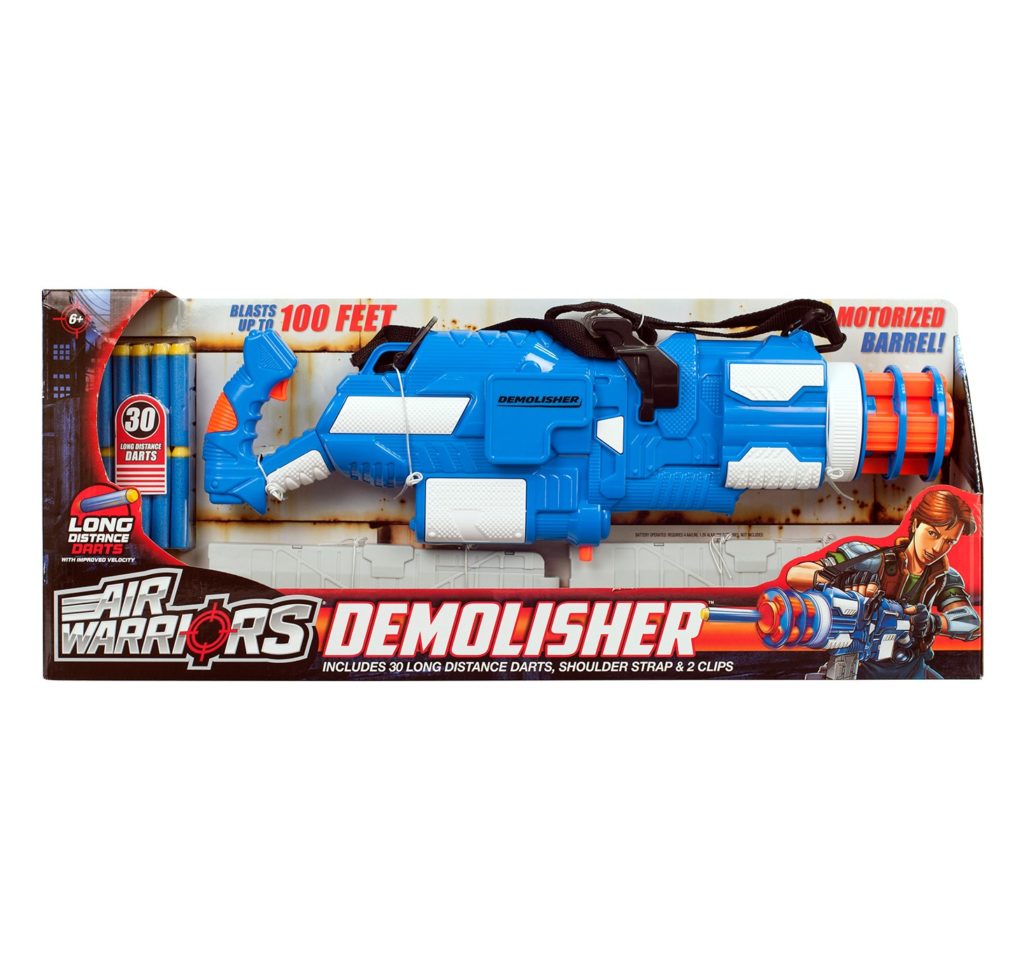 The AW Demolisher is very similar in setup to the Cyclonic before it. A dual stage trigger operates the blaster, with the first stage spinning up the flywheels. The second stage spins the “barrel”, and it also turns on the dart loading mechanism within.

The trigger, however, isn’t a traditional trigger like we’ve seen on previous Buzz Bee blasters. instead, the entire rear handle slides backward, and is itself the trigger mechanism. The orange “trigger” at the top is simply there for looks.

The blaster comes with two 15-dart magazines and 30 Long Distance darts, as well as a carrying strap. The blaster isn’t that heavy, but the strap helps with the “minigun” aesthetic, especially with kids.

The shell feels solid, and has a decent amount of detail molded into it. Buzz Bee tends to favor different colored plastic components over actual paint, and this is no exception. It still looks nice, however. Sometimes simple is better. 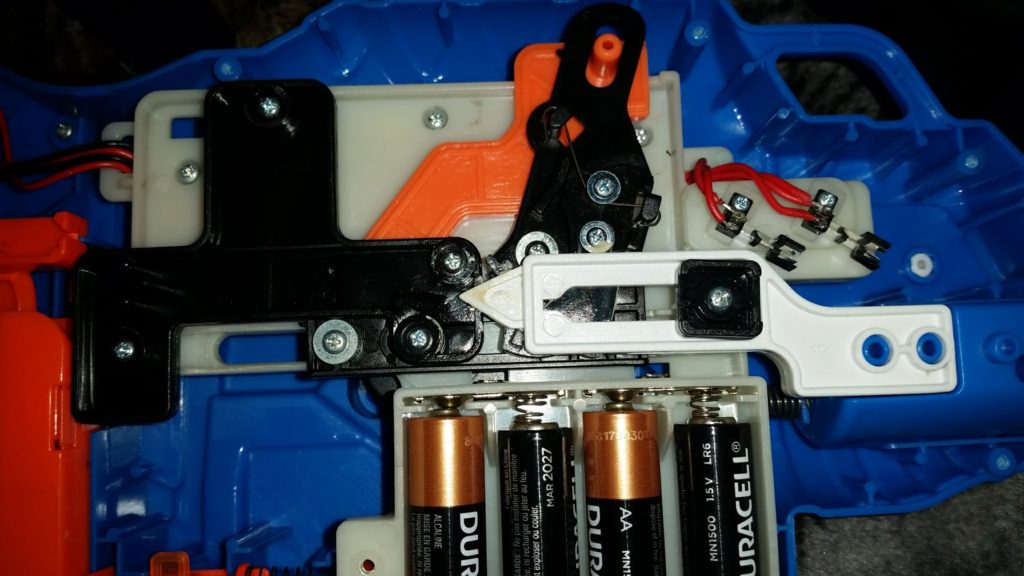 Inside, the AW Demolisher doesn’t have any new tech to display. The same style of pusher used in previous blasters is here, with two tiny switches leading to the various motors. There aren’t any cycle control switches to speak of, like you would see in a Nerf Rapidstrike, DZ Scorpion, or other full-auto blaster. Instead, completely letting go of the “trigger handle” engages a separate override lever that pulls back the dart pusher, regardless of its current position. It’s hard to show, but easy to see if you peek inside the magazine well while running the blaster. 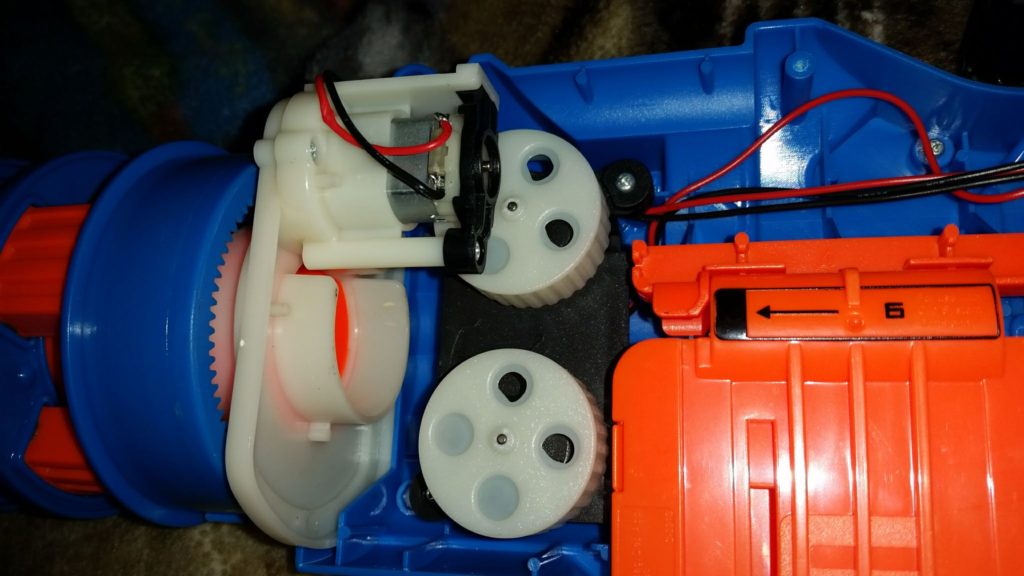 The Demolisher uses a simple flywheel cage at the front, not unlike its predecessors. An additional motor sits nearby to spin the faux barrel. The wheels aren’t the best quality, but they do the job required for a blaster running on 4 AA batteries.

Note that to access the internals, you will need to break the front white ring, which cannot slide off the front of the blaster due to the faux barrel being present.

The AW Demolisher hits 75fps on average with the included darts, and 71fps with Elites during my testing. Dart velocities are par for the course compared to most Nerf Elite blasters. In addition, the Demolisher shoots roughly 2.5 darts per second. Aiming is the real issue with this blaster, being designed for hip firing. The included darts go all over the place, and even accurate darts have a hard time reaching their target. Quite simply, aiming from the hip is hard. You can get used to it – it didn’t take me long, especially after dealing with aiming the Prometheus at a few HvZ events. But users dedicated to a standard layout will find themselves put off by the lack of a real trigger and the lack of proper aim.

The Air Warriors Demolisher is a fun blaster from Buzz Bee Toys, even if it’s not the most useful one out there. It offers adequate performance on par with other modern blasters, but does so in a unique format that may or may not be to your liking. It’s certainly fun to use, but effective use will take practice.