Well, we have our last day! Here we’re going to cover some extra things in depth, including Zuru’s Rival line and Dart Zone.

I didn’t take any pictures at the time of my booth tour after asking about it. However, the cat is now out of the bag on several fronts (on Zuru’s end), so here we are. For some nice pics, check the posts from Foam From Above as well as Foam Dart Nation.

We’ve already had Dart Zone’s take on Rival, which goes the route of ball hoppers. Zuru, on the other hand, is starting with internal mags. They are aiming for the standard 100fps speeds, and will be selling 50 and 100 ball refill packs. Three ball competitors in the space will make things interesting, but it’s obviously going to turn into a matter of fighting for shelf space, especially when Dart Zone has so much space taken up at Walmart via Adventure Force. 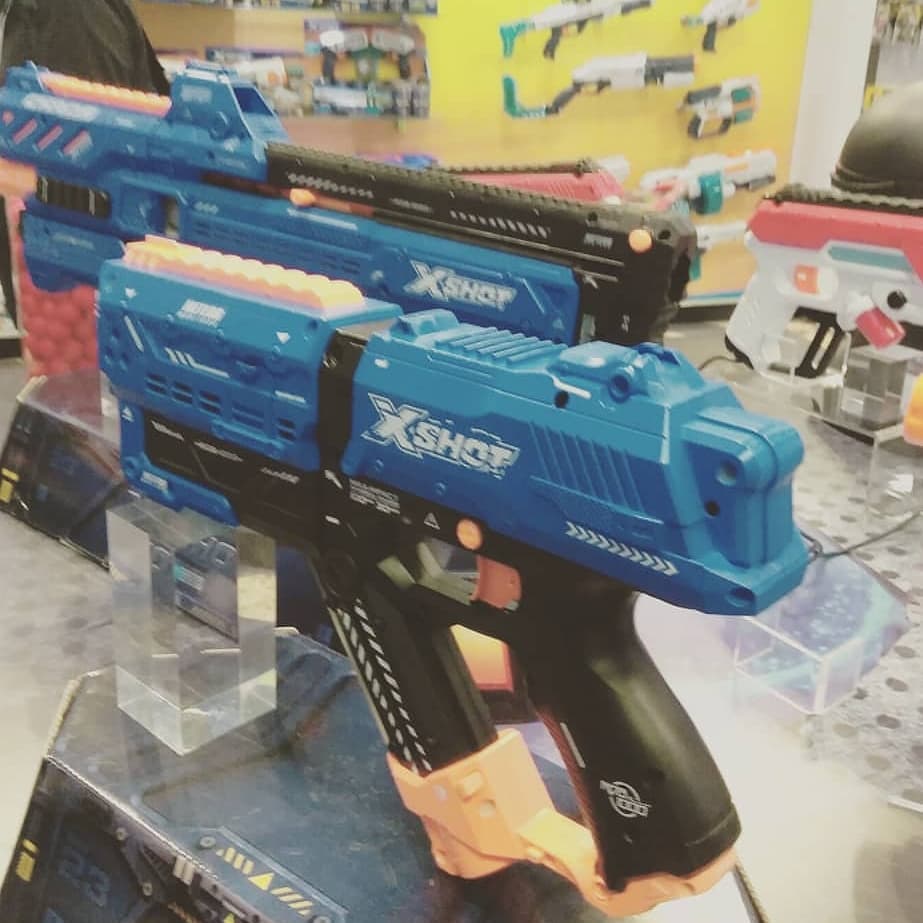 The Meteor ($12.99) is the pistol option, holding six shots in an internal mag, while the Orbit ($19.99) holds twelve rounds (they come with more rounds, of course). More importantly, the blasters have mechanisms in place for reloading blasters easily in mid-combat. On the Orbit, you can retract the follower, insert balls in the back of the blaster, then press a button to release the follower again! It’s a rather ingenious solution to the issue at hand, and makes for what is effectively a Hypnos for half the price. Less than half, actually!

This year, Dart Zone didn’t really have anything “new”, aside from the new packages they’ve started selling through Target. Prime Time Toys is in a uniquely solid position thanks to the wild success of their Ballistix Ops line and their Walmart partnership. They will, however, have new items debuting later in the year!