Here I was, thinking I wasn’t going to have time to edit an Endwar post in time for tonight. Looks like I’ll have until tomorrow for that!

Right now, we have a motorized Overwatch blaster to discuss! 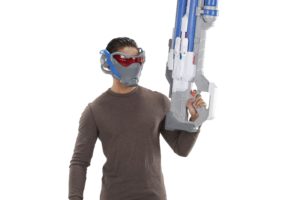 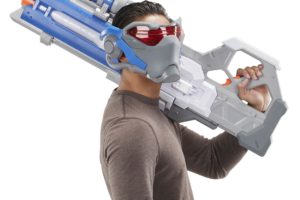 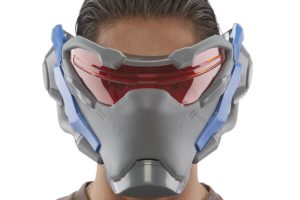 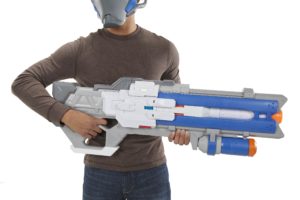 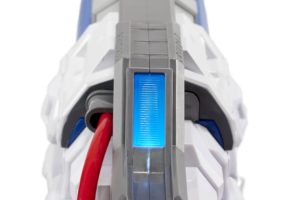 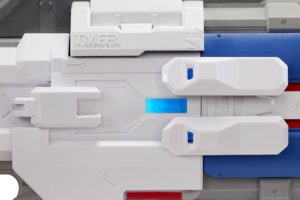 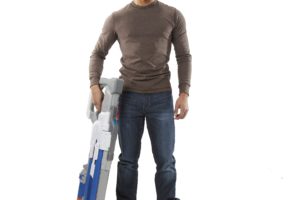 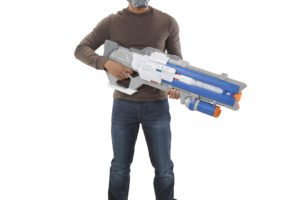 Hasbro’s Rival Overwatch blasters are an interesting niche. They’re clearly collectibles first, but with the added bonus of being usable blasters. But it looks like we may finally be getting a heavy hitter in that category. Per the pess release:

OVERWATCH fans can take on the role of SOLDIER: 76 with this blaster designed in the style of his signature accessory in Blizzard Entertainment’s internationally acclaimed team-based action game. This set also includes a replica SOLDIER: 76 targeting visor that you can wear. This NERF RIVAL OVERWATCH blaster is fully motorized to rapid-fire 30 high-impact rounds at a velocity of 90 feet per second (27 meters per second). Electronic lights are activated and recoil action kicks in when you operate the blaster, adding to the real-world excitement of OVERWATCH battling. Comes with 30 OVERWATCH NERF RIVAL rounds. Includes: blaster, 30 rounds, visor (3 pieces), and instructions. Requires 6x 1.5v D alkaline batteries, not included.  Available exclusively at GameStop. Available for preorder here.

The description would seem to indicate some kind of automatic blaster, especially considering that it takes 6 D batteries – the Hera takes only C’s, and I can’t imagine the lights and sounds take that much juice (recoil could be included as part of the fird control mechanism). However, without one in hand (and more time to examine pictures), it’s all just speculation. It could just be a fancy Perses, for all I know.

It’s a hefty price tag, but if you’re into the collection aspect, I imagine it’ll be worth it. Especially with Christmas sales.