Back in March, I reviewed the Nerf Blaster Scooter from Flybar. While I can appreciate it being made for kids much smaller than myself, it just wasn’t that good, at least if your goal was effective use in a blaster battle. However, since when has that stopped any of us before? To that end, I opened up the blaster, tweaked the scooter, and got something that could be useful in HvZ or Nerf wars. It still has issues retaining some larger magazines, but overall it performs well enough to truly be fun. At least wherever vehicles are allowed 🙂

Making It For The Memes

There’s a certain amount of joy to be had in making bad blasters work, and this was no exception. Upgrading the blaster was one thing, though. Making it remotely effective required a few other tweaks.

As detailed in the initial review, the blaster itself is essentially a Rhinofire without the moving barrels. It runs off 6 batteries (“C”s in this case) and has dual-shafted motors in the front. The blaster runs off a single button, with an internal board first turning on the flywheel motors, then powering the pusher motor. (Note that both buttons on the scooter do the same thing, and are wired in parallel. They simply provide options for left or right handed operation.)

For ease of use, I decided to keep this kind of operation in place. That meant feeding only 9V to the control board. However, that also conflicts with feeding full power from a Lipo to upgraded motors – of which no real dual-shafted options exist. Which means I also needed a custom cage. You can see how the number of things needing done quickly ballooned.

I ended up getting most of the hard work done in a very short span, after initially putting it off. I kept most of the stock wiring format, and changed things up as needed.

On the battery side, I made space in the stock battery tray for a 3s, 75c, 1300mAh Lipo, as well as a buck convertor. This is just a small electronic component used for stepping down the voltage to 9v for the stock control board. I also added a separate set of wires coming straight off the battery, to plug into the back of the blaster. That pair of wires feeds power straight to the motors.

On the motor side, I ended up using a dremel and hacksaw to remove the front part of the “core” inside the blaster, that held the old motors. In its place, I made a custom 43mm cage that mounted to the “barrels” on the inside of the blaster shell. I slipped four Valkyrie motors into the slots, screwed them in place, then very carefully soldered and heatshrinked the wires in place. For the pusher motor, I elected to just use a Honey Badger, which on 3s produces an insane rate of fire. It’s a silly concept, so why not make it sillier?

Any extra “safety” switches on the inside, like the jam door switch, I removed and soldered together the leads as needed for continuity. However, I kept the positioning switch on the pusher mechanism.

Next, I made a small board for motor control. Each original set of motor leads was instead soldered to a breadboard with extra components. The motor positives (as labeled coming off the stock control board) go first into a 390Ohm resistor. That then goes into the anode of a PC817 optocoupler, with the cathode connected to the negative lead of the motor. Now the control board signals tiny lights instead of motors!

Not to worry, however. The top side of the board, featuring a few tiny resistors and the phototransistor ends of the PC817, gets wired to the gates of a few MOSFETs. Now, whenever the board turns on those tiny lights inside the black boxes, it connects the positive of the lipo battery to the MOSFET gate pins, allowing the full flow of current to the motors. The motors have full power, and they’re physically separated from the control board, so there’s no risk of frying it!

There is one minor annoyance – I have to physically plug in the extra set of leads into the back of the blaster. But for my first time doing this, it was worth it.

The Scooter Blaster is Modded. Now What?

With new motors, wiring, cage, and bulldog flywheels, I was averaging 126fps. However, that brought to light a new issue. The blaster points up at an angle – not an issue for the stock blaster, but a major issue for a modded one. Essentially, I had artillery. I ended up making an adapter for where the handlebars plug into the base of the scooter. It’s just PVC parts layered onto each other, but it both makes the scooter taller (and more comfortable to operate) and levels the aim of the blaster.

The scooter actually became stupid amount of fun to use after all this work. I first tried it at a Z13 game night, in a Zombie Deathmatch game. I kept to the back of the team initially, letting people die and become zombies, just so I could more easily gauge effectiveness against the horde (and not die from an enemy dart before that happened). After that, though, it ended up being shockingly useful. You could generally ride towards zombies, lean to turn and aim, and fire as needed. Even better, you could stop, jump off the scooter, and rotate it in place as a stationary “turret”. The scooter isn’t heavy, after all. It is, however impossible to get people coming at you from the side, so keep those socks handy for tossing left and right as needed.

I also used it in multiple rounds at an indoor war, both in Team Deathmatch and Capture the Flag. It was less useful in CTF than I’d hoped. You could make a fast entrance and escape, of course, but without any ability to quickly turn and shoot enemy players as needed, you were largely a sitting duck. Even so, it was fun just getting kills with the scooter, or rolling it one way as a distraction. 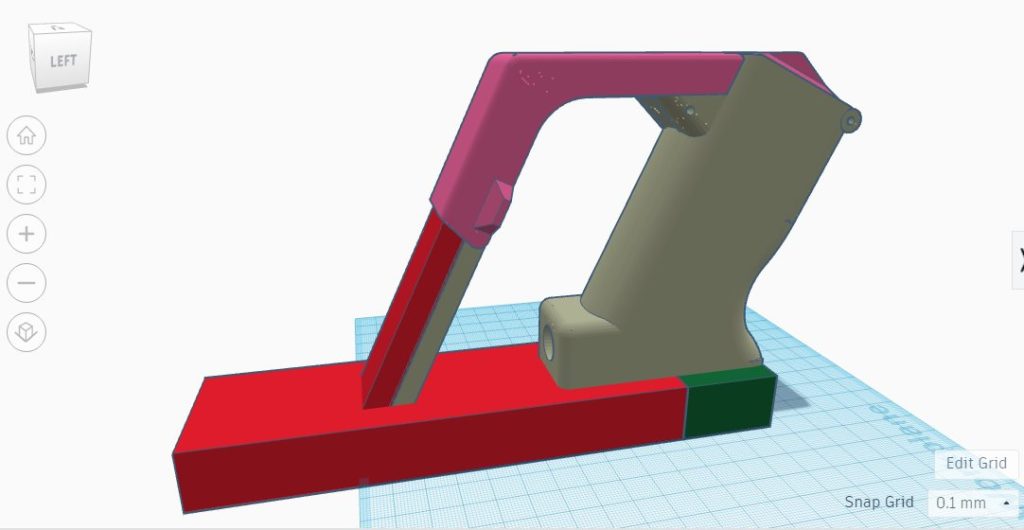 The Scooter could have been done better. For one, why not just attach the Lipo to the blaster itself? You hardly need any power to operate the stock control board and a few optocouplers, after all. You could simply put a 9V battery in the battery tray to run those. Even better, with the Lipo on the blaster, you could attach the blaster to more things than just a scooter. Perhaps a separate handle with a single button trigger and space for a 9V battery inside? But that’s a mod for another day, when I decide it’s time to modify my remaining scooter!