My time here in California is just starting, and after a day spent with friends, I got to meet more hobby friends at the mod party and see some neat things. Just posting a few pictures and some details before I get stupid busy with a booth tomorrow and the main HvZ game!

Also, I spent lots of time hanging out with these guys. You should, too!

Orange Mod Works, of course, makes upgrade kits for existing blasters. What they’ve also been working on, however, is a new series of superstock blasters. Namely, several AEG-style models are in the works (working similarly to the classic Nerf Stampede). You may have already heard about these from This Week in Nerf News; the models on hand will also be on display at the OMW table at the Foam Convention tomorrow.

Interestingly, there are several cool things to love about these blasters. They’re Stampede style in operation, with proprietary short dart magazines. They have custom drive trains, powered by brushless motors, to fire up to ten darts per second. They’ll come with their own high-capacity batteries (nature to be determined, because of relevant business and shipping issues). They’ll also be equipped with a neat suite of electronic components that can have their software updating for new game modes and features. 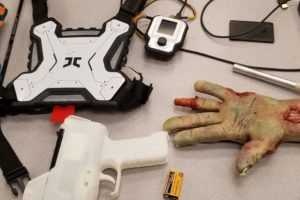 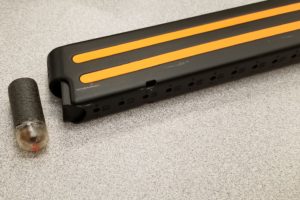 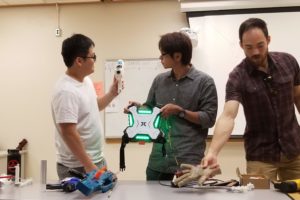 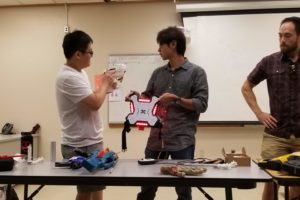 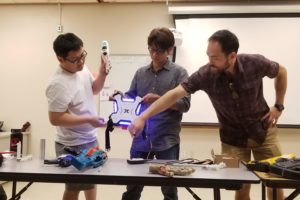 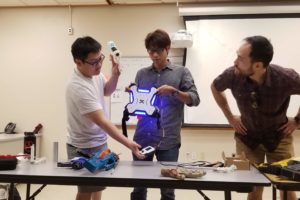 Some of these features? Just things like RFID darts, tagging systems, and multiple game modes. Blaster sales can lead to other cool ideas for implementation, like wearable units for competitive games, where you merge Nerf with video games; think having an RFID hitbox, and the ability to have darts to “X” amount of damage, like it’s Battle Royale. What about zombie gloves that with a tag start a timer for your death? It’s an intriguing idea, but one that comes with fun issues. Namely, the blasters have to be good enough to sell on their own, but have to have lots of electronics already included and ready for future activation.

In any case, if the blasters are making as much progress as they appear to be, then it seems like a nice initial investment – even if future plans don’t pan out, the blasters themselves look great!

Also today, many players already in town had a mod party on-site. I have a bunch of pictures courtesy of Pandamonium. You should go subscribe, because I forgot my camera and had to use his pictures! 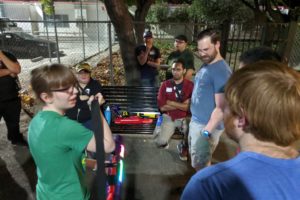 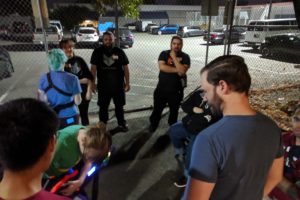 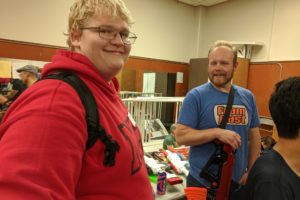 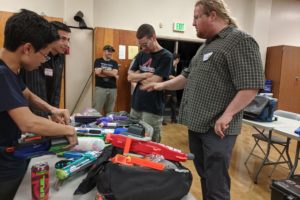 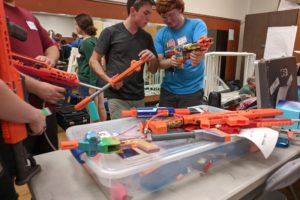 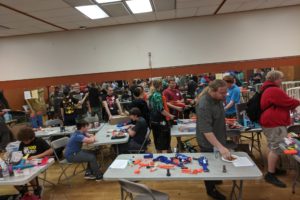 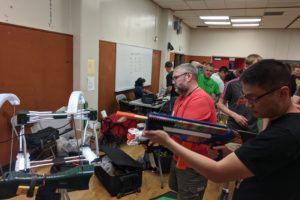 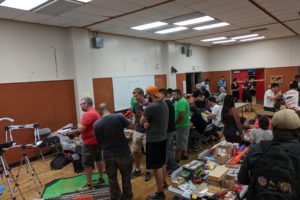 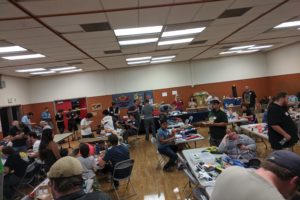