Lanard Toys makes blasters. They’re not nearly as widespread as most of the other brands they compete with, but they do make gems here and there. Sometimes a blaster can be modded for NIC greatness (Triple Shot, Big Salvo, etc). Sometimes it’s great for cosplay purposes (Hunstman 50). Other times…it’s just something silly (Disney Zurg Blaster). There’s a few clunkers here and there, too. But Lanard blasters aren’t always seen in stores here in the United States, so sometimes you just have to wait for a website update to appear. This is one of those times. 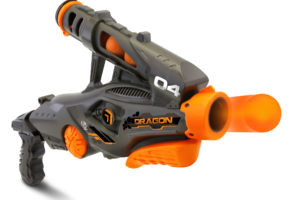 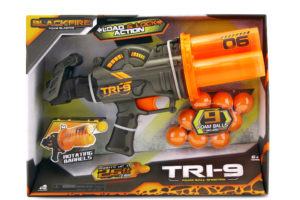 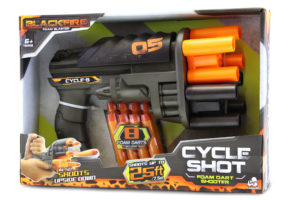 Notably, there is a new “Blackfire” brand of blasters, although it appears, at the moment, to simply be recolored blasters. A quick Google search also brings up a few disc blasters being sold abroad under the label. Granted, some things like the Tri-9 are good ball blasters, and have enough plunger volume to do silly things with. But at the moment, it isn’t quite as new as you’d expect. Also, why is the Cycle Shot still a thing? 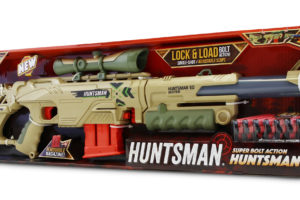 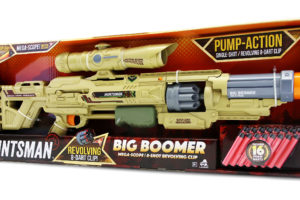 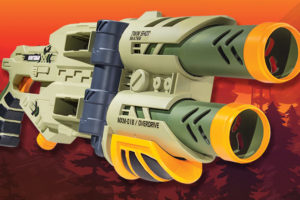 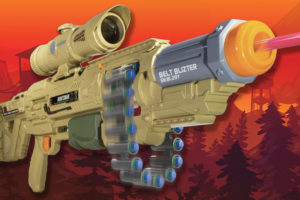 Meanwhile, the Huntsman brand is seeing some actual updates. Some of the blasters are only shown in renders, but others have appeared on shelves already. The Big Boomer was a dud, largely due to the poorly designed rotation mechanism. However, there are some other new things. First, and updated Huntsman 50 exists, with a forward charging handle on the left side. Presumably, the insides are essentially the same in function, and this just allows for faster firing.

An old blaster returns, with the old Clip Shot being relabeled as the Twin Shot, if the render is to be believed. If you’re unfamiliar, the trigger powers the flywheels, and pumping the handle advances the two clips and associated pushers.

Finally, there’s a design similar to the Big Boomer, but with a chain. It says “Belt Blizter” on the side, and as of now I can’t find any more information on it.

And Then The Main Line…

Ballist-X appears to be the main blaster line now, instead of the classic “Total X-Stream Air”. Granted, I’ve only ever seen the ball blasters (and one or two dart blasters) in the line on store shelves, but the vast majority of Lanard blasters have a version in the line. If this 2020 Catalog is to be believed, classics like the Triple Shot still exist…it just might be hard to get a hold of them unless a store decides to order a significant quantity.