Last weekend, I got the chance to get out of the house for a crazy, mask covered, sanitized road trip before retreating back into isolation. Being the crazy person that I am, I spent much of the weekend driving. Even so, I got to meet two fun groups of Nerfers. Let’s dive in!

The first war meeting was with the Maryland Nerf Herders on Saturday, in an open field with various bits of cover thrown up. To make things easy for the club, they’ve just bought a huge pile of bamboo darts that everyone can scavenge and return after use (and sanitize shortly after). There were some other ammo types, as well…and I made use of the silly things throughout the day.

The serious play saw lots of Dart Zone Pro, Ceda S, and Caliburn/Talon Claw use, with some Rival mixed in. That and a few smatterings other other blasters, from Kronomags to Spring Thunders, round out what saw the most use among participants. 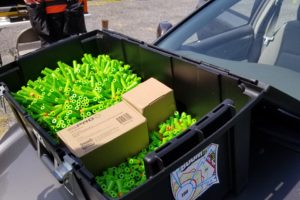 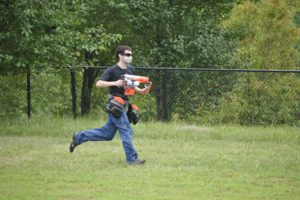 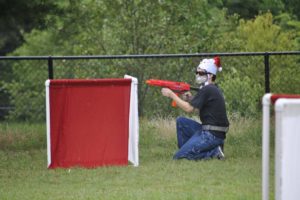 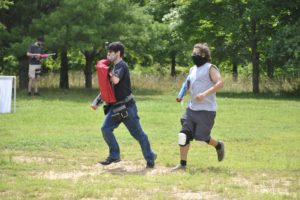 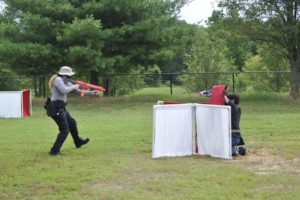 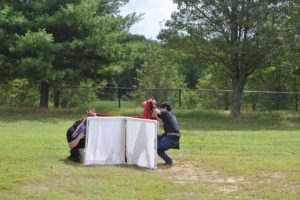 I also got to see both how out of practice and out of shape I was! Although during the BTA-stylr games at lunch, my DZP 1.1 did act up with some really weak shots. Still not sure why, but after taking it apart and putting it back together, everything worked. Still had a great time, though!

And yes, I wore a Santa hat. Because I could.

Due to the first war raining out a bit early and me getting home early enough, I realized I could both get some sleep and drive in the opposite direction! MANO has started up some wars again, at a brand new park location, and is also doing their best to manage hygiene- even with the higher than expected turnout.

This war had a lower fps cap at 130 – appropriate for a much more community-oriented club. We had everything from stock blasters to FDLs to lightly modded blasters in use. Given the presence of shield rules, I ran a shield and an Ultra blaster for a rather large chunk of the day (Megas for taking out shields was far more common here than other places). 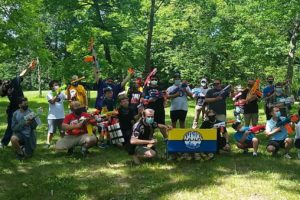 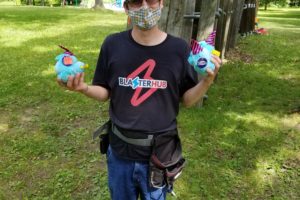 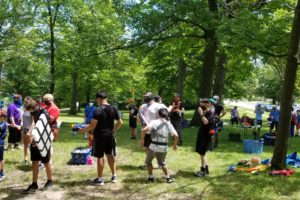 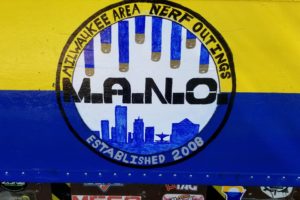 Upon learning that thrown ammo could be a thing…naturally, the Peeps came out, especially to harass one of the Penn State Urban Gaming Club officers that was there.

Play was generally casual – a few rounds consisted of joining in teams of three, with tagged players going to the boundary, finding new friends, and entering play again as new teams of three. Several tower defense rounds happened, with the “not orange” team winning all three. And it even ended with a “Crew Auxiliary v. Everyone” round. The former didn’t do very well this time around.