Jet Blasters doesn’t quite have the best reputation when it comes to timely delivery or customer service, but they eventually got there with the arrival of the Ceda S. A hobby-grade blaster, firing short darts, and made widely available through Evike.

However, there’s another variant set to hit the market next month, from an arguably much larger player, and it should be interesting to see how things play out. Here’s what we have on the GameFace Prime so far.

First, a little bit of context on Velocity Outdoor.

Crosman Rifle Company is a nearly 100 year old American designer and manufacturer of air rifles and other fun outdoor things. Among other things, they’re responsible for the development and widespread adoption of the 12g CO2 cartridges we still see in use today. Over the years, shuffled between owners and starting/acquiring various other brands, they’ve come to encompass not just pneumatic rifles, but also bows, crossbows, aiming devices, and airsoft equipment. In 2018, the corporate name changed to Velocity Outdoor, producing products under the various brand names (Crosman, Benjamin, etc). 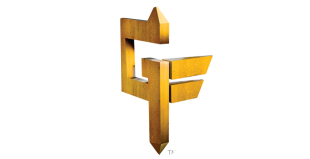 GameFace, in particular, was a brand started for paintball gear, but it quickly pivoted toward airsoft equipment. Now, for 2020, it’s the brand being used to explore the company’s foray into dart blasting. Given the wide distribution network Velocity Outdoor has in play (sports stores, farm supply stores, etc), it also means there is more than a token amount of money going towards this foray into dart blasters.

Why the Ceda S Remodel?

Originally called the Havok Prime back when it was being shown off at Shot Show 2020, the Gameface Prime is derived from the Ceda S. It makes claims of 130fps, although after seeing Drac’s test sample, it would appear that Velocity Outdoors favors making a solid promise and then over-delivering; the Ceda S made 150fps claims, but clearly averaged less than that. It should be noted, however, that the Prime still shoots hot enough that you won’t be able to just buy it and then show up to a Humans v Zombies game with a 130fps cap.

In any case, this version of the Ceda S not only has a better priming grip, but M-LOK slots for adding attachments to the front of the blaster, and retails for $85. Is it an original blaster for starting a line? Not really. Is it a solid base for starting a line and then having future blasters if things go well? For sure.

As for when it’ll arrive, we just know it should be in August. Certain world events have disrupted distribution for everyone, of course. I would already have one preordered…but I’m at least attempting to behave with my spending while I’m in the process of getting a new home. I’m fairly confident the nearby Rural King will have the blasters in stock by the time the move happens, however, so a future review will happen!